Muslims call for religion in school

Schools in Bulgaria would have a choice of teaching about different Christian denominations, Islam or Judaism. 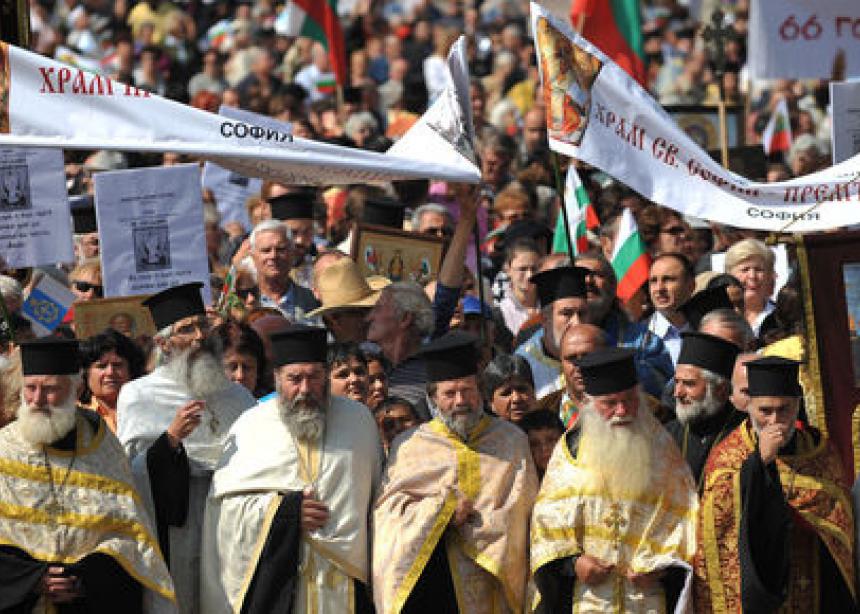 The head of Bulgaria's Muslim community has announced his backing for a campaign by the country's Orthodox Church to make religious education compulsory in schools.

The church held a mass march in Bulgaria's capital of Sofia on Sept. 24 in support of its aim as protestors shouted against "60 years of atheism", introduced during the communist era.

In a statement reported in the Bulgarian daily newspaper Klassa, the office of the Chief Mufti, who is the spiritual leader of Bulgaria's Muslims, the second-largest religious group in the country, said, "The mufti calls on Bulgarian citizens professing the religion of Islam to support this expression of solidarity with the campaign by Christians."

Most of Bulgaria's population of seven million are Orthodox Christians but the country's laws say that school education must remain secular, although in recent years the study of religion has been allowed as a voluntary subject.

The church's governing body, the Holy Synod, approved a campaign to make the study of religion compulsory in schools, while saying that schools would have a choice of teaching about different Christian denominations, Islam or Judaism. Where schools did not wish to teach religion, ethics would be compulsory.

In an interview with the Bulgarian daily newspaper Trud, Metropolitan Nikolai of Plovdiv, Bulgaria's second city, said that religious education in schools would mean for children, "their moral strengthening, teaching them stable values, bringing them closer to the cultural achievements of European civilisation, which, forgive me, is Christian".

Nikolai added, "Everyone is concerned about increasing juvenile delinquency, drug addiction, violence in schools ... The education system does not point the way to a solution but the church suggests the right path."

Asked why religion could not remain an elective subject, Nikolai said, "Why not make physics or chemistry, mathematics or literature elective? Sounds absurd, doesn't it?"

Speaking to Bulgarian National Television on the eve of the Sept. 24 Orthodox march, which was planned to centre on Sophia's landmark Alexander Nevsky cathedral, and end with the presenting of petitions to the prime minister and speaker of parliament, Metropolitan Neofit of the town of Rousee said, "believers from all over the country" were to take part in the demonstration.

Neofit explained that the Holy Synod wanted to shape public opinion and reverse the attitude of the Ministry of Education, which opposes making religious education compulsory.

The Sofia-based news agency Focus has reported that the head of the Bulgarian Union of Teachers, Yanka Takeva, has also endorsed the church campaign.

In a series of interviews in print media and on television, education minister Sergei Ignatov, of the country's ruling centre-right party, rejected making religious education compulsory."I fear that Bulgarian schools could become an arena of religious rivalries," Ignatov said.