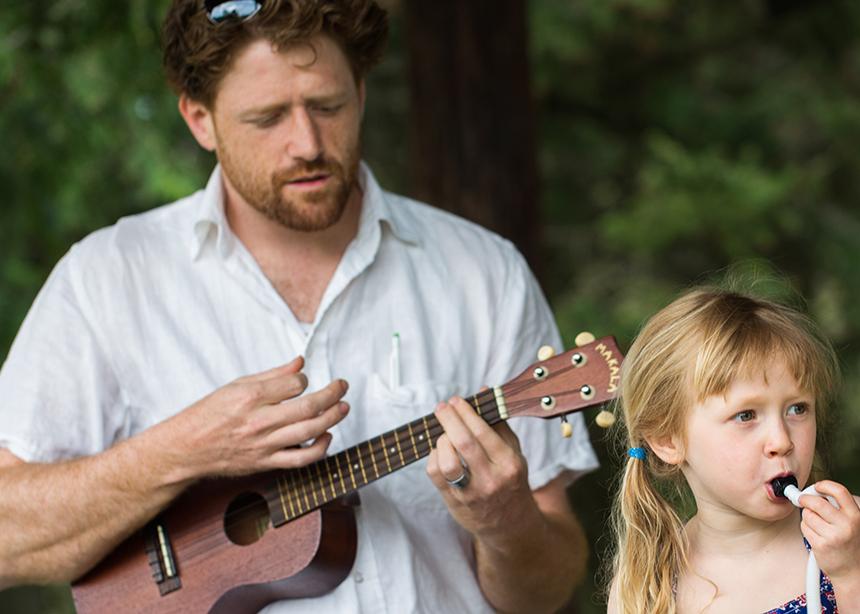 Marie Penner from Toronto United Mennonite Church had a dream of a camp that would develop the musical talents of young Mennonites in Ontario.

Penner remembers going to the Inter-Mennonite Conference, the precursor to Mennonite Church Eastern Canada, for support. Her husband, who was on the conference board, told her that she needed to make the case. With the idea of providing trained musicians and worship leaders to congregations, the board enthusiastically supported her.

So did Conrad Grebel University College, which from the beginning has been the home of Ontario Mennonite Music Camp (OMMC). Penner then went from congregation to congregation drumming up support in the form of campers, directors and counsellor-teachers.

Instead of a camp on a lake or among the trees of Northern Ontario, it would be located in an institution that could provide room for camp activities, and the instruments and space for music practice, instruction and performance. Besides that, it would be a place of preparing youth to provide music in churches.

Over the 34 years since that first camp in 1984, the camp certainly has done that. Alumni have enriched many congregations, institutions and the wider church over the years, even as they fondly remember being enriched by the camp:

• Brandon Leis was the voice director at OMMC from 2005 to 2008. He has since gone on to a busy musician’s life: he teaches at Wilfrid Laurier University, performs as a tenor, directs music at Stirling Avenue Mennonite Church in Kitchener, Ont., conducts the Menno Singers in Waterloo Region, and currently sits on the OMMC board. He also conducts seminars with churches to help them figure out their music in the midst of the music wars in many congregations.

• Stephanie Martin was one of OMMC’s first counsellor-teachers. She remembers being hired by Penner, and that her mom Shirley Martin was on the committee that first year. Martin became the director in the camp’s third year. Now associate professor of music at York University’s School of the Arts, Media, Performance and Design, she is also the director of Schola Magdalena, a women’s ensemble for chant, medieval and modern polyphony; conductor emeritus of Pax Christi Chorale; and past director of music at the historic church of Saint Mary Magdalene in Toronto. Her compositions for choir and small groups are in use around the world. She is currently working on an opera about nurses on a First World War hospital ship called Llandovery Castle.

She remembers the first year of the camp fondly. “It was a blast,” she says. “The first camp had 21 kids. It was sort of like J.S. Bach’s family. The kids worked hard, learned a lot, but the most memorable things to me were the real ‘camp’ experiences: campfires and sing-alongs, skits and creative fun.”

• Timothy Corlis is another composer with roots at OMMC. He directed the choir in 1999 and 2000, when Ben Bolt-Martin was the director. He joined the Anabaptist family at Stirling Avenue Mennonite Church. While no longer attending, he says, “I still hold the beliefs of my baptism and consider myself part of the Anabaptist tradition.”

His current work is as a full-time composer and director, writing large commissions for orchestras, choirs, music festivals, educational institutions and philanthropic organizations around the world.

A recent memorable experience that reminded him of his time at OMMC was directing the UN Women’s Stand Together  campaign concert for the rights and safety of women and girls. The concert featured a 300-voice choir drawn from churches all around the capital city of Papua New Guinea that collaborated with the Port Moresby Police Concert Band, a local celebrity funk band and a local rap artist. “It was very much the same as directing the choir at OMMC except on a much bigger scale,” he writes.

• Ann Schultz still has music in her life, even though in 2012 she became the principal of Rockway Mennonite Collegiate in Kitchener, where she had been the head of the music department since 1997 and part of the faculty since 1991. Even with her administrative duties, she still finds time to play piano for at least one choir at Rockway and plays in her home congregation.

Although she was never a camper, she was a counsellor in the summer of 1989, when she served as the piano instructor. “I wished I could have been [a camper]. I would have loved it!”

• Current director Anneli Loepp Thiessen, a music and piano performance student at Canadian Mennonite University in Winnipeg, was one of the leaders of the Emerging Voices Initiative that put significant work into MCCanada’s recent restructuring.

She was a camper over two years, 2010 and 2011, and has since served musically in several congregations, and is on the committee choosing songs for the next MC Canada/MC U.S.A. collection.

Having had the chance to plan worship and devotionals as a camper, “those were incredible formative experiences,” she writes.

• There are many others. Jason White is music director at Trillium United Church in Cambridge, Ont., and helped found the Jazz Room in Waterloo. Elizabeth Rogalsky Lepock is a soloist and frequent contributor to  choirs in churches all over Waterloo Region while she works on her doctorate in music arts at the University of Western Ontario in London. 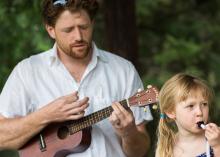