Mormonism fast-growing faith in US

Study shows that the mainline Protestants and Catholics who dominated the 20th century are literally losing ground to the rapid rise of Mormons and, increasingly, Muslims. 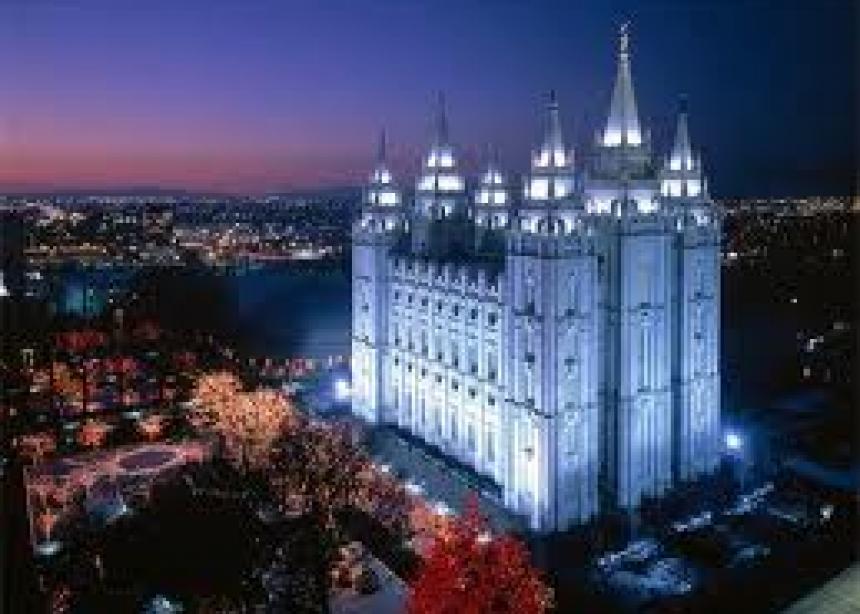 Republican presidential front-runner Mitt Romney may or may not become the first Mormon to move into the White House next year, but a new study shows that Mormonism is moving into more parts of the country than any other religious group, making it the fastest-growing faith in more than half of U.S. states.

The 2012 Religious Congregations and Membership Study, released here May 1, shows that the mainline Protestants and Catholics who dominated the 20th century are literally losing ground to the rapid rise of Mormons and, increasingly, Muslims, Religion News Service reports.

The study is conducted once every 10 years and can track Americans' religious affiliation down to the county level, from the largest (Los Angeles County, where Mormons grew 55 percent while Catholics shrank by 7 percent) to the smallest (Loving County, Texas, which is home to 80 people and one nondenominational evangelical church).

Romney's Church of Jesus Christ of Latter-day Saints reported 2 million new adherents and new congregations in 295 counties where they didn't exist a decade ago, making them the fastest-growing group in the U.S.

Mormons were the fastest-growing group in 26 states, expanding beyond their historic home in Utah to the heart of the South and as far away as Maine.

Muslims came in second, with growth of 1 million adherents in 197 new counties, to a total of about 2.6 million. Overall, non-Christian groups grew by 32 percent over the past decade.

"Mosques have multiplied at a growth rate of about 50 percent," said Dale Jones, a researcher with the Church of the Nazarene who worked on the study as part of the Association of Statisticians of American Religious Bodies. "They have more religious centers, and simply moving into the suburbs puts you closer to where a lot of your folks are living."

While other studies tally total membership, beliefs or worship attendance, the RCMS study counts the actual number of people who are affiliated with U.S. congregations -- or, as Jones put it, the people who are "involved enough to the point where they know to count you."

The study found that while upwards of 80 percent of Americans claim to be Christians, only about 49 percent are affiliated with a local congregation. And that, Jones said, should concern church leaders.

"In some ways, our chickens have come home to roost," Jones said. "Churches have talked about needing to have a personal relationship with Jesus Christ -- what you hear is, 'I need a relationship, I need to be born again,' but not, 'I need to be involved in a congregation.' Guess what? That's where we are."

Overall, the survey identified nearly 350,000 religious congregations in the United States, from Albanian Orthodox to Zoroastrian. Those churches, temples and mosques are the spiritual home for 150.6 million Americans, and researchers say they were able to capture 90 percent of all U.S. congregations.

Like most surveys, the RCMS study relies mainly on self-reported data from churches and denominations. Some, including several historically black churches, failed to submit information on new numbers. Researchers were able to reach only one-third of U.S. mosques and had to estimate the rest.

The survey did not track growing numbers of secular or religiously unaffiliated Americans -- estimated at about 16 percent of the country, according to other studies -- because they do not belong to a local congregation.

Jan Shipps, a respected non-Mormon scholar of Mormonism who's now retired from Indiana University-Purdue University Indianapolis, said Mormons' "astonishing" spread into new counties is likely due to church leaders' decision to split large wards (congregations) into separate smaller wards on opposite sides of a county line.

"The way they organize themselves makes for more congregations," she said. "They don't have big huge congregations like the independent churches."

The study also tracked the growth of nondenominational and independent evangelical churches, which combined represent the nation's third-largest Christian group, at about 12.2 million adherents across 35,000 congregations.

Catholics, while losing about 5 percent of adherents in the past years, nonetheless remain the nation's largest religious group, at about 59 million. The Southern Baptist Convention came in second, at 19.8 million, but its 50,816 congregations made it the group with the most churches.

The rapid growth among American Muslims likely has several explanations, researchers said: growth in the suburbs, an increased willingness by U.S. Muslims to stand and be counted, and more mosques being built to serve more worshippers.

Imam Muhammad Musri, president of the Islamic Society of Central Florida, saw growth explode by a whopping 473 percent in and around Orlando's Orange County, according to the RCMS study, and he thinks the growth is actually double the 10,000 new Muslims reported by the study.

He said Muslim growth has been fueled by a wave of post-9/11 converts, American-born children of immigrants having kids of their own, and jobs in the booming medical industry. In central Florida, he said, Muslims are just following everyone else in search of "better weather, cheaper prices, cheaper homes."

"I doubt in the next decade we will grow as much," he said. "It's like a new product when it's first introduced; there's lots of interest. But now we're more of a known quantity and we're not going to be opening as many new mosques as we were in the last decade." 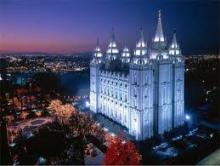