More study on homosexuality and the Bible sought 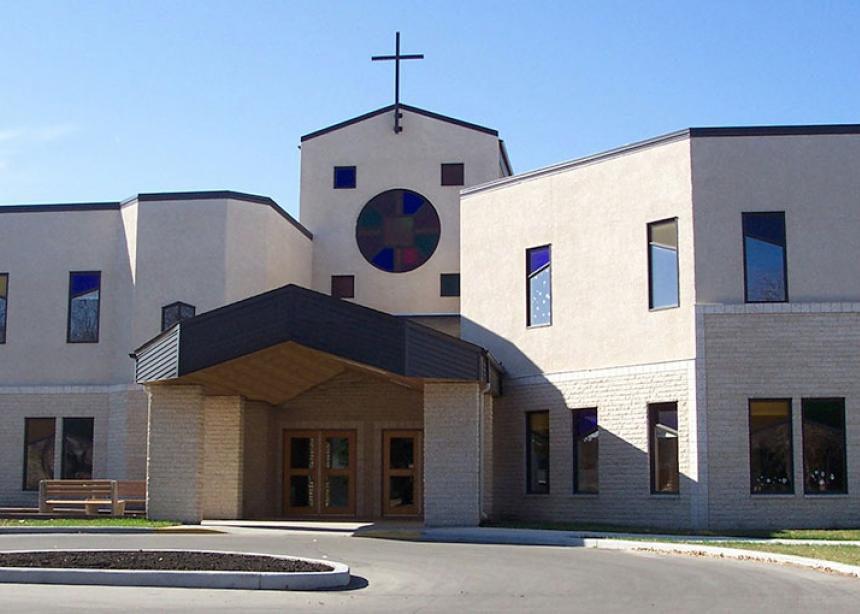 Winkler Bergthaler Mennonite Church wants Mennonite Church Manitoba to organize a conference to study “what Scripture clearly states on the matter of homosexuality and the definition of marriage,” and Ken Warkentin, executive director of the area church, says, “I think that’s a great idea.”

In a prepared statement, Winkler Bergthaler states: “Being a Faithful Church is a very important study and we support learning how to be a faithful church. But while there has been very much discussion on what people think and feel, especially on the topic of same-sex lifestyle, we believe not enough time has been spent studying what the Bible teaches on the subject.”

“We have seen the secular society deviating from what we, as Mennonites and other Christian people and churchgoers, considered a non-negotiable approach to one man and one woman in a Christian marriage,” says the church in its statement to Canadian Mennonite. “We have now seen and experienced our first non-traditional union of two men in a Mennonite church and they seem to have done so with the blessings of [MC] Saskatchewan and [MC] Manitoba.”

In March, representatives from Winkler Bergthaler met with leaders of MC Manitoba and MC Canada to state their concerns and ask for a formal study on the Bible and homosexuality. In response, the area church has begun planning a study conference for the fall. Warkentin hopes to see representatives from many Manitoba churches there. “I see this as part of the Being a Faithful Church process,” he says.

The purpose of the conference will be to take a closer look at biblical texts that relate to marriage and homosexuality, and to consider how people interpret those texts with regard to biblical authority. Another important question to consider will be how the church works through disagreements.

Congregational chair Dennis Derksen says Winkler Bergthaler’s request for more study on the topic has been “heard and understood,” but the church had hoped for “greater urgency applied to the matter.” Initially, Winkler Bergthaler had requested the discussion take place before June 30, a deadline set by the congregation of nearly 700 members to determine whether it would continue to be a member of the area and national churches; in the meantime, its financial participation in the two church bodies is “on hold.”

However, MC Manitoba wasn’t able to organize the event on such short notice.

According to Derksen, though, “Our congregation hasn’t made a decision on whether we’ll extend [the June 30 deadline] or not.”

Warkentin says that he feels the most important question facing the area church right now is how to live with disagreement. “We know we’re not all in agreement with each other,” he says. “How shall we live with disagreements in the church when we’re convinced we’re both led by the Holy Spirit to different conclusions? We’re being invited to live in the messy church, rather than the ideal church.”

Winkler Bergthaler was founded by a group of Mennonites in Winkler in 1895. At first, the services were entirely in German. In the 1970s, the church began offering services in English as well. Since then, the church has grown to its current membership of 694.