More than just a walk in the park 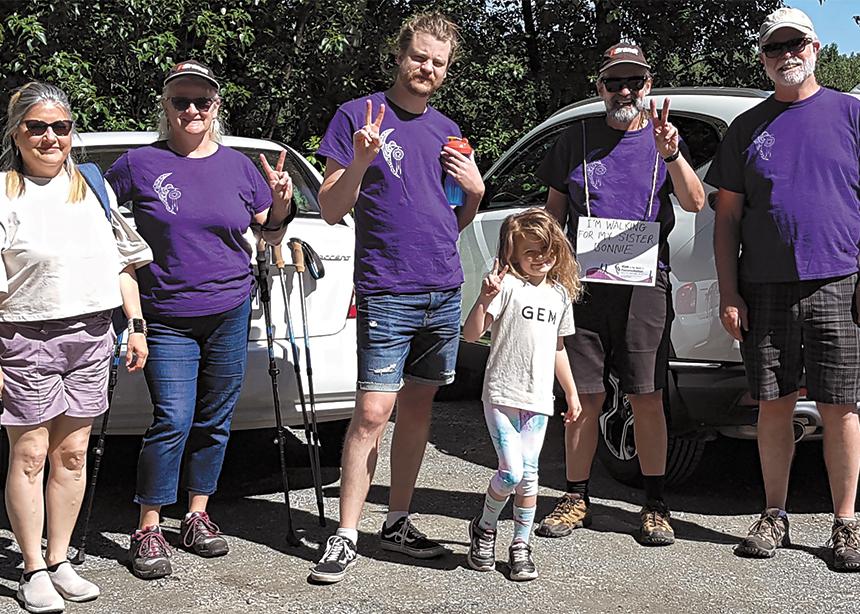 Susan Olivier, left; Cyndy, Joel, Gemma and Gareth Brandt; and John Dawson stop to have their picture taken during the Walk in the Spirit of Reconciliation event on May 29. (Photo by Angelika Dawson)

Just days before the Walk in the Spirit of Reconciliation began, the Tk’emlúps te Secwépemc First Nation discovered the remains of 215 children at the site of the former Kamloops Indian Residential School. The news made the walk all the more poignant for those who participated, including me and my husband John.

Walk in the Spirit of Reconciliation was established in 2015, after the closing of the Truth and Reconciliation Commission (TRC). Ever since, people from the Lower Mainland of British Columbia, the Fraser Valley and beyond have dedicated the last weekend in May to walk in recognition of the many Indigenous people who suffered systemic abuse through the residential school system.

In order to adhere to COVID-19 restrictions, this year’s event was a “virtual” walk. Participants were encouraged to walk with those in their “bubble” and were given a choice of seven different routes to complete over the weekend. Those not in the area could choose to walk in solidarity in their own location. This year, 274 people participated in the event, with walkers from B.C., Saskatchewan, Manitoba, New Brunswick and a few in the United States.

On May 29, John and I joined friends to walk a portion of the Discovery Trail along the Fraser River towards the Mission Bridge. One friend was walking for his Indigenous sister, who was adopted into his Mennonite family as part of the “60s Scoop” in Manitoba. Another friend, an Indigenous woman, shared that her mother and grandmother had gone through the residential school system and that it had deeply impacted her family. The youngest member of our group was a Kindergartener, who shared with us the story that her father had read to her the night before about Indigenous children who were not allowed to speak their own language. Along the way, we met other participants, all recognizable by their purple T-shirts; they all commented on the impact the Kamloops discovery was making on their walk.

The next day, John and I chose to walk through Heritage Park in Mission, to the site of St. Mary’s Residential School, which has its own dark history. We walked past the remains of the original 1863 buildings. The newer school, built in 1961, operated as a residential school until 1985; it was the last residential school in the province. In 2005, the land and the buildings were returned to the Stó:lō people.

It was quiet as we walked the grounds. We could not help but think of the children whose remains had been found in Kamloops, and we wondered if such horrors might lie beneath our feet. We wonder what revelations are still to come.

In the days that followed our walks, John and I talked about our experience. We had both participated in the TRC events in Vancouver in 2013, and remembered how difficult and humbling it was to hear the stories of abuse from Indigenous people brave enough to tell them. The news of the children’s remains brought this back to us with a heaviness.

I confess that in the time between the TRC and this year’s walk, I have not done nearly enough. I had not learned the history of St. Mary’s until this year. I have not read the TRC’s 94 Calls to Action. I have very few Indigenous friends. I do not know enough about the Stó:lō people on whose traditional territory I live.

Both John and I agree that it’s time for us to do better, to educate ourselves, to re-learn our history, and to support organizations that work for healing and reconciliation. Because, at the end of the day, I want my Walk in the Spirit of Reconciliation to be more than just a walk in the park. 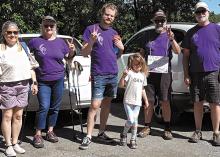 Susan Olivier, left; Cyndy, Joel, Gemma and Gareth Brandt; and John Dawson stop to have their picture taken during the Walk in the Spirit of Reconciliation event on May 29. (Photo by Angelika Dawson) 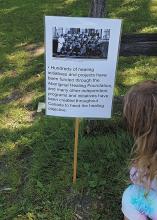 Gemma Brandt learns about residential schools on the May 29 Walk in the Spirit of Reconciliation event along a portion of the Discovery Trail beside the Fraser River in Mission, B.C. (Photo by Angelika Dawson) 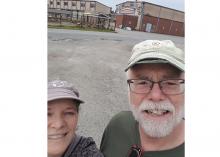 Angelika and John Dawson at the site of the former St. Mary’s Residential School in Mission, B.C. (Photo by Angelika Dawson)