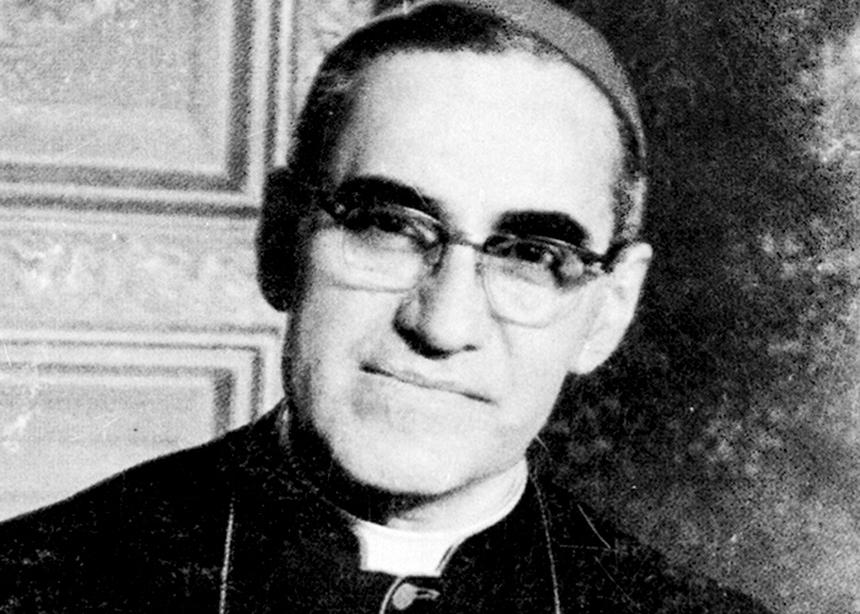 This online supplement accompanies the viewpoint, “Evangelical social justice,” about Archbishop Oscar Romero, in which Will Braun considers Romero’s message for Mennonites.

Oscar Romero’s sermons
English transcripts of his sermons and Spanish audio of many of them are available at http://www.romerotrust.org.uk/homilies-and-writings/homilies

Henri Nouwen comments on Oscar Romero
Oscar Romero is a humble man of God. His humility pervades all he says. That probably is the main reason why it was possible for me to read these very challenging and demanding words. They are spoken by someone who is very close to me. Oscar Romero does not speak from a distance. He does not hide his fears, his brokenness, his hesitations. There is a warmth in his words that opens my heart to listen. It is as if he puts his arm around my shoulder and slowly walks with me. . . .

I know that he is indeed the good shepherd who lays down his life for his friends. He lays down for me his own broken humanity, his fears, his sins, his hopes, and thus opens my heart to listen to his words of faith.
– Henri Nouwen, in the foreword to Oscar Romero: The Violence of Love (The Plough Publishing House, 1988)

Ten Oscar Romero quotations you probably won’t find in online compilations
It is not my poor word that sows hope and faith; I am no more than God’s humble echo in his people . . . .  —Oct. 2, 1977 sermon

It has become my job to tend all the wounds produced by the persecution of the Church—to record all the abuses and pick up the bodies. —On the occasion of the death of Rutilio Grande

This is Christ’s mission, to take the good news to the poor, to those who receive only bad news, to those who are always trampled by the powerful, to those who watch pass by, out of their reach, the riches that satisfy others. The Lord comes for them, to make them happy and to tell them: Do not covet. Count yourselves happy and wealthy with the great gift brought to you by the one who being rich became poor to be with you. —Jan. 27, 1980 sermon

The rich must be critical amid their own surroundings of affluence: why they are wealthy and why next door there are so many poor. A wealthy Christian will find there the beginning of conversion. —Dec 16, 1979 sermon

Even when all despaired at the hour when Christ was dying on the cross, Mary, serene, awaited the hour of the resurrection. Mary is the symbol of the people who suffer oppression and injustice. Theirs is the calm suffering that awaits resurrection.  —Dec 1, 1977 sermon

Our missing ones are not missing in God’s eyes, and those who have taken them away are present also to God’s justice. For all of them, and for a world that suffers uncertainty, let us pray for the assurance of faith.  —Oct 2, 1977 sermon

If Christ had become incarnate now and were a 33-year-old man today, he could be here in the cathedral and we wouldn’t know him from the rest of you—a 33-year-old man, a peasant from Nazareth, here in the cathedral like any peasant from our countryside. The Son of God made flesh would be here and we wouldn't know him—one completely like us.  —Dec 17, 1978 sermon 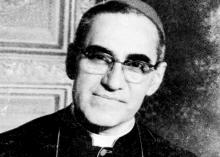 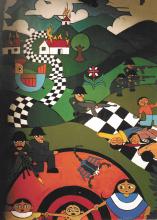 Murals are common in El Salvador. This one, in the village of Arcatao, depicts the brutal violence of the era in which Oscar Romero led the church in El Salvador. (Photo by Will Braun)