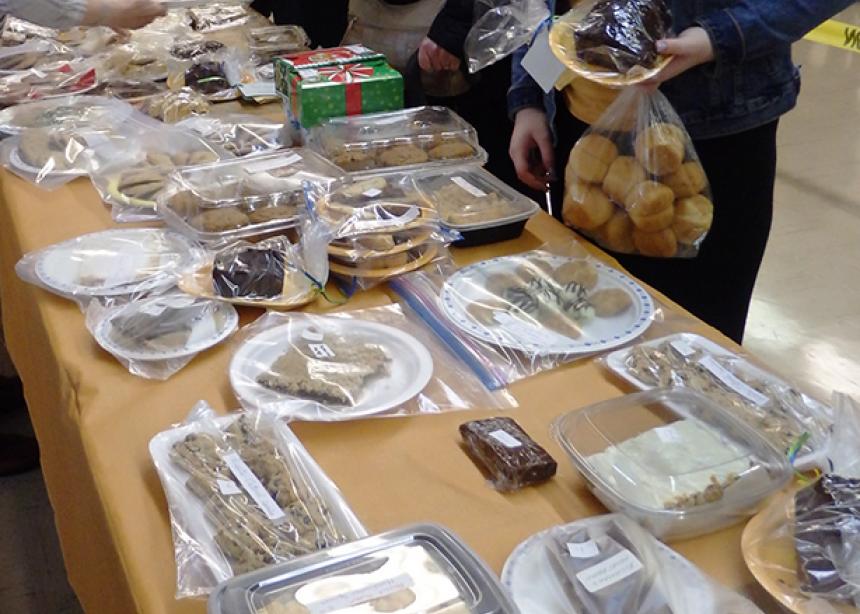 In 1989, a group of women from St. Catharines United Mennonite Church decided to sell their crafts and baking to raise money for missions. This “making and baking” was something the women did well, and their efforts became known as the Mennonite Food and Craft Bazaar. It took place in November, early enough for some people to do their Christmas shopping. It started small and has grown over the years, in part due to the homemade baking that is available.

Now each year, volunteers set up tables in the church gym several days before the bazaar. There are many areas in which to shop, including the Attic Treasures and the Tools Section. Crafts include quilts and knitted, crocheted and sewn items. There is a large selection of Christmas crafts and novelties. A huge variety of jam and other preserves are sold, evidence of the hard work that went on months before the bazaar takes place. Unique to the bazaar is a stained glass exhibit. Plants, fresh flowers and garden items are also available. Silent Auction items get displayed in a separate room.

The main attractions to the bazaar are the baked goods and the borscht lunch. The lunch includes a bowl of borscht, along with a slice of bread and a delicious slice of a variety of cakes and tortes.

More than a 150 dozen meat buns sold out in about 10 minutes this year, made by the ladies in the church kitchen days before the bazaar.

Around 80 volunteers were involved with setting up, selling all the goods, and cleaning up, this year. Another 24 volunteers were busy in the kitchen serving the borscht lunch.

More than $16,000 was raised this year, with money going to Mennonite Central Committee, local charities such as Bethlehem Place and Community Care, as well as the local hospital. None of the money is used for the local church budget. 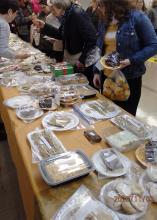