In moments of connection, the technology disappears 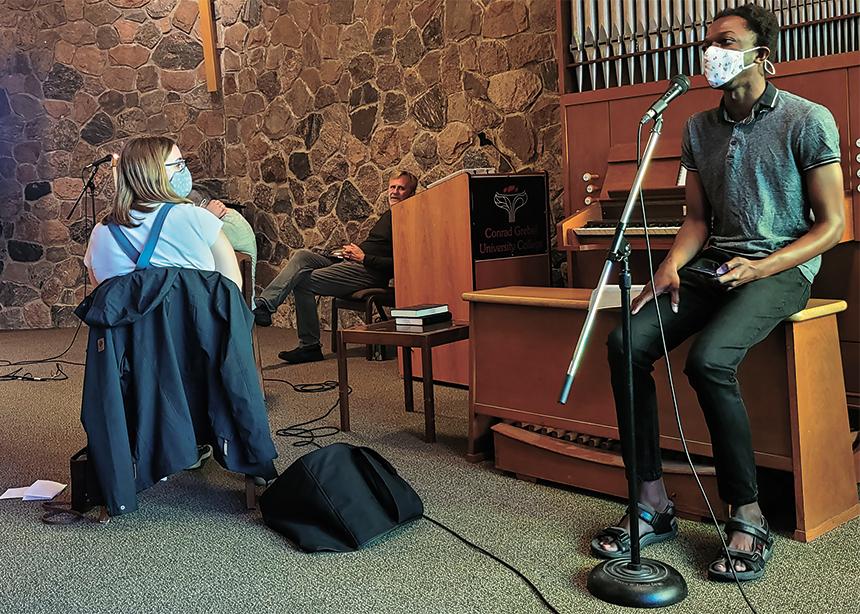 On Wednesdays at Conrad Grebel University College, a group of students, faculty, and staff choose to gather in the chapel for a worship service. In light of the pandemic, services have moved online.

“Early in the fall, we offered a hybrid version of chapel, where we could be in person and online at the same time,” says Ed Janzen, Grebel’s chaplain. “It was a lifeline to connect with each other like this.”

The hybrid version allowed a limited number of residents into the chapel in a staggered circle. Completing the circle was a webcam and a monitor with all the faces of associates, apartment dwellers and others from the Grebel community who joined via Zoom.

Sarah Driediger, a first-year student living in Ottawa, says, “It really did feel as if I was part of the community and part of the circle, even on Zoom.”

The service now starts at 7 p.m., opening up the possibility for co-op students like Suomi MacCarthy to participate. “It’s been nice to come to chapel regularly during my co-op term,” MacCarthy says. “Chapel has been a weekly grounding time for me, a time to calm down and get away from work for a little bit.”

“Rituals aren’t a big part of Mennonite worship,” Janzen says. “The one thing we do have is a relationship with the people we worship with. If we’re going to be a truly worshipping community, we have to be in conversation with each other while we are in worship, and technology enhances this.”

“I love seeing comments from people,” says Catherine Bergs, a member of the chapel committee. “We’re not from a church tradition that calls out ‘Amen’ during the service, but sometimes people type in the chat ‘that was so powerful’ or ‘you did such a good job.’ It makes my heart very full. People can share a thought without being disruptive.”

Even though technology shapes and enhances the chapel experience, Janzen says, “There’s this immersive experience during chapel where we forget about the technology.”

“When there’s a really powerful message from the speaker or when the music hits close to home, I forget that I am just sitting in my living room at home watching it on a screen,” says Driediger.

MacCarthy adds, “We’re having fellowship in the presence of God and each other. It doesn’t matter that it was over a Zoom call.” 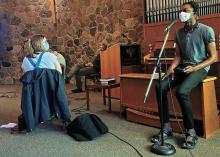