Mixed emotions at the end of the journey 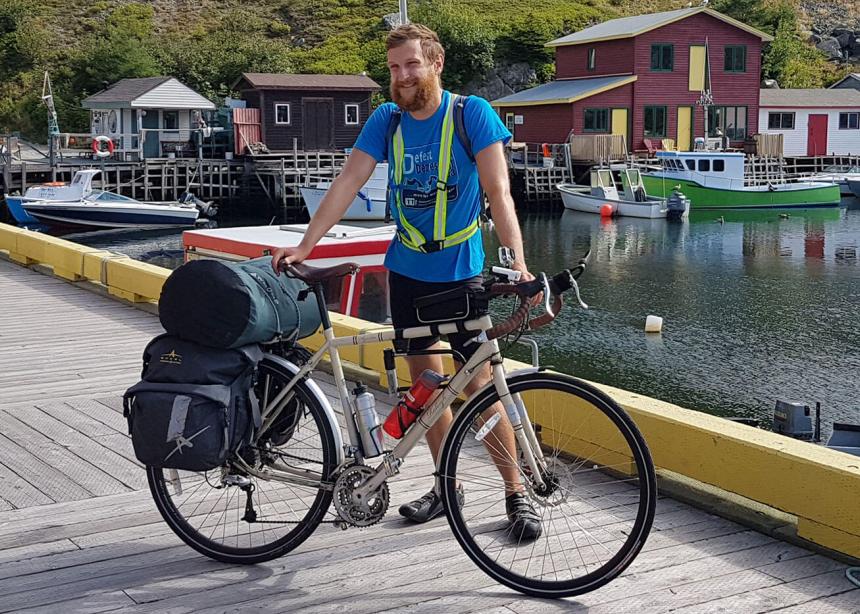 Even though the journey was more than 7,500 kilometres, Martin Bauman almost wished it wouldn’t end.

“It’s a real mix of emotions,” Bauman said by phone from St. John’s two days after finishing his journey. “A lot of joy, a lot of relief. . . . [During] my final day of biking, being so close to St. John’s, I almost wanted the ride to keep going. Looking back on the memories, it’s nothing but good.”

Riding under the banner “Keep pushing: Martin’s ride for mental health,” Bauman raised $12,236, exceeding his $10,000 goal. The majority of the funds will be allocated to the Waterloo-Wellington-Dufferin branch of the Canadian Mental Health Association.

“I couldn’t have expected that much support from people around the country,” he said. “It’s been phenomenal. I couldn’t be more thankful.”

Cycling 100 kilometres a day tested both his physical and psychological endurance, but Bauman said that seeing Canada’s beauty firsthand, as well as the experiences he had meeting people along the way, more than made up for the wind, rain, thunderstorms and hills he faced.

He was often hosted in the homes of people he had never met before. “It was particularly powerful when people would host me and then pray for me,” he said. “To have someone who just met me pray for me and my well-being on the road really struck me.”

He chose to raise awareness and funds for depression because of the various ways people in his life have struggled with mental health. When Bauman was 10 years old, his cousin committed suicide. Three years later, Bauman’s father went to the hospital seeking treatment for a bout of depression. When Bauman was in high school, one of his friends revealed that he had been self-harming, and Bauman himself has struggled with seasonal affective disorder and anxiety.

He said his ride across Canada gave him many opportunities to talk with people about mental illness, including the people he stayed with. “That was really powerful,” he said, adding that people often opened up about their own struggles with mental illness. “That was a bonding moment, realizing we’re not too dissimilar. We’re all in the same boat, so to speak.”

Bauman’s efforts were “impressive and inspiring,” said Fred Wagner, executive director of the Canadian Mental Health Association’s Waterloo-Wellington-Dufferin branch. “It’s a very arduous trip to make, and to put forward mental health as the reason for his trip . . . is amazing,” Wagner said. “The more people that talk about mental health, the more we make that acceptable, the better.”

Bauman’s next adventure is five months of travel through Australia, New Zealand and southeast Asia.

See more about the beginning of the journey at “Raising awareness, raising funds.” 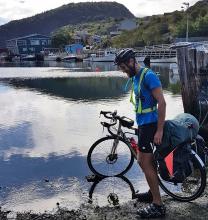