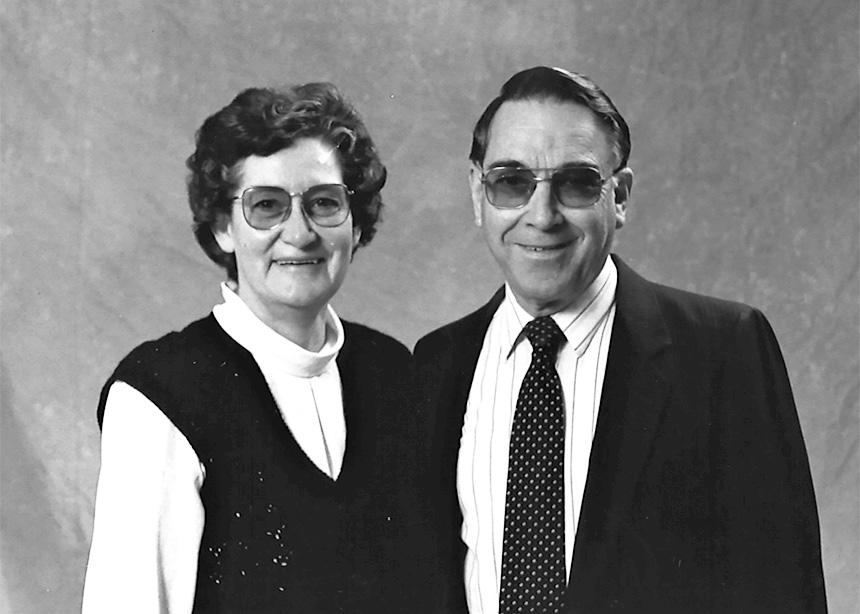 Frieda and Delbert Erb retired in Argentina more than 20 years ago. (Mennonite Board of Missions file photo)

Delbert Erb, who served God in Argentina for more than seven decades, died June 14, in Buenos Aires. “He decided that his heart and ashes would remain in Choele Choel, [Argentina],” said Rafael Stábile, pastor of the Mennonite church where Delbert and his wife Frieda Schellenberg Erb were members. Beginning his ministry in 1951, when foreign missionaries oversaw the church, Delbert worked toward the transition to Argentine leadership and celebrated the changes brought by Iglesia Evangélica Menonita Argentina (Evangelical Mennonite Church of Argentina). Born to Alta Mae (Eby) and Paul Erb in 1930, Delbert spent his early years in Hesston, Kansas, where his parents both taught at Hesston College. His parents’ careers also required the family to move to Calgary and Tofield, Alta., Guernsey, Sask., and Goshen, Ind. In 1951, Delbert and Ruth Landis, also a student at Goshen College, were married and left to begin ministry in Argentina. After 30 years together, Ruth died of cancer. In 1982, Erb married Frieda Schellenberg, who had worked as a nurse in Bolivia for more than 20 years with Mennonite Central Committee (MCC). Delbert served in Bolivia for a year before returning to Argentina with Frieda. They lived the remainder of their lives in Argentina, except for a two-year assignment (1999-2001) with MCC in Bolivia, where their responsibilities included hosting at guest house in Santa Cruz and teaching in Mennonite churches. He is survived by his sons David and Miguel Erb of Argentina, his daughter Patricia Erb of Ont., four grandchildren and two great-grandsons. 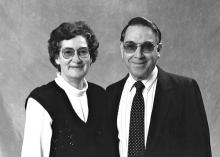 Frieda and Delbert Erb retired in Argentina more than 20 years ago. (Mennonite Board of Missions file photo)