Miller had major impact on the church 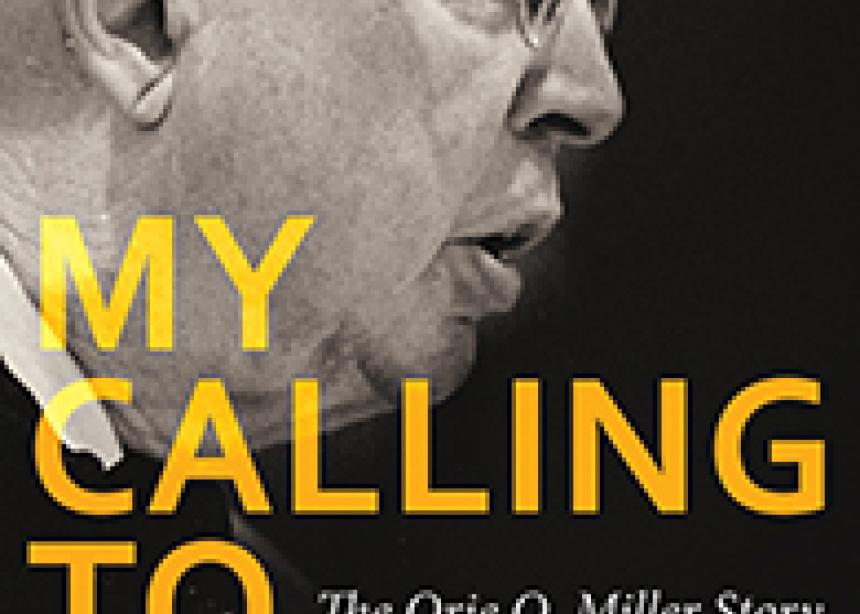 The story of Orie O. Miller is also the story of how Mennonites in the 20th century moved from being isolationist and the “quiet in the land,” to being a church with strong institutions involved in North American society and around the world.

In many ways, Miller was at the centre of these changes. He worked tirelessly to serve God by promoting the work of the church through education, missions, refugee resettlement, relief work and development. He also served on a multitude of Mennonite boards and committees, and had a profound impact on the church.

When Miller moved from Indiana to Lancaster, Pa., after his marriage in 1915, he felt an inner call to serve God and fully expected to become a minister. Although he was in the lot three times, he was never chosen. Initially, he was puzzled by this, but came to realize that he could use his gifts of administration to serve God through church agencies in ways that he could not have done as a pastor.

As Sharp writes in his preface, “For 23 years, Miller simultaneously served as chief executive of both Mennonite Central Committee and Eastern Mennonite Missions (EMM)—all without salary. Under his leadership, both agencies expanded their work dramatically.”

Miller was at the centre of some of the most dramatic moments of the 20th century. He was among the first Mennonite relief workers from North America to serve overseas in 1919. He visited Russia in 1920 to organize the process of bringing relief to suffering Mennonites, and is regarded as the instigator behind Mennonite Central Committee (MCC). He helped to re-organize Goshen College after it closed in the early 1920s, and served on the Mennonite Board of Education for 45 years. He was passionate about foreign missions, and in the 1930s travelled to Africa to decide where EMM would begin its missionary work. He strongly supported Mennonite World Conference.

In the 1940s, he helped to organize a program for conscientious objectors and worked on various committees to promote peace. Under his leadership, MCC assisted Mennonites in Europe displaced by the war. He is also credited as one of the founders of Mennonite Economic Development Associates, and frequently travelled to South America. Through it all, Miller ran MCC and, almost on the side, supported his family by working at his shoe company.

Sharp’s biography emphasizes that Miller was passionate about working for the church and was away from his family many days each year. Sharp points out that Miller was an excellent administrator and businessman; his company flourished while he was at the helm and the Miller family was relatively prosperous.

Miller’s dedication to the work of the church is awe-inspiring. I find it hard to imagine that one person could serve on so many boards and committees—up to 25 at a time. I appreciate that Sharp portrayed Miller with character flaws, so that he did not come across as too superhuman.

Sharp presents an interesting story in an easy-to-read style. He does not include a lot of photos, but they are carefully chosen. It’s amazing to contemplate how much one dedicated Amish Mennonite farm boy from Indiana could accomplish in his lifetime.