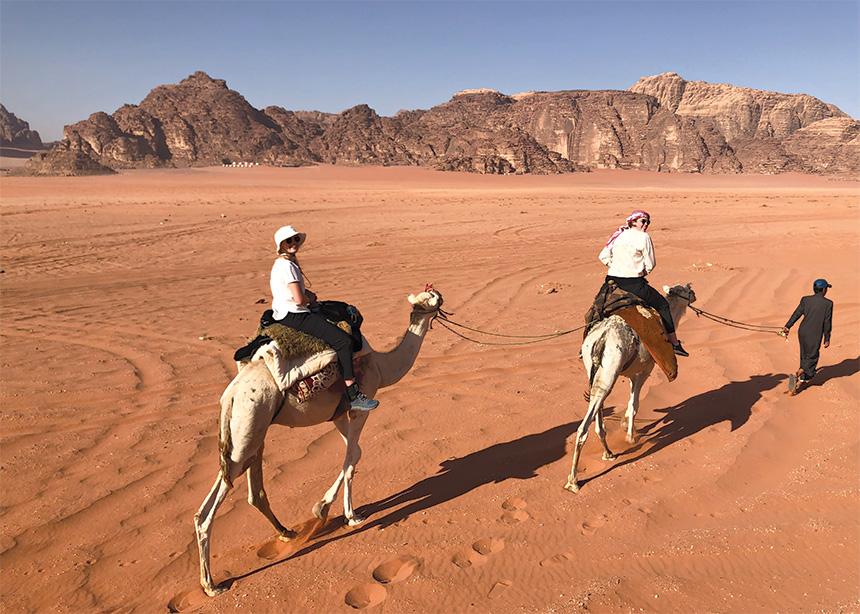 After two years of living through a pandemic, we never expected that we would be able to travel to the Middle East. After so much uncertainty, we were so fortunate to be able to be a group of 15 graduating Grade 12 students visiting Israel/Palestine and Jordan.

We started our trip in Nazareth, where we had our first taste of the delicious Middle Eastern food. Here we met with the Galilee Dreamers, a group of Israeli and Palestinian young people who are trying to move against the realities of separation and are working to get to know one another across lines of division. In these meetings we began to get familiar with the feeling of being confused about the realities of this divisive land.

We got comfortable in Nazareth just in time to pack it all up and start the Jesus Trail, which is a four-day hike to the Sea of Galilee, winding through hills and villages as Jesus may have done so many years ago. When we finally arrived at the Sea of Galilee, we celebrated by kayaking and learning about the place where Jesus carried out most of his ministry.

Amit, our kayak leader, spoke about the miracle of the loaves and fishes, which, to him, speaks about hope that we can feed one another if we come together in our shared humanity. Singing “Man of Galilee” in our kayaks on the Sea of Galilee surely spoke to that hope.

From there we headed to Jordan and saw the wonders of Petra. Here we were greeted with more hiking but equally beautiful views and ancient history. Then we ventured into the Wadi Rum, where we climbed to the Burdah rock bridge, rode camels, and slept under the stars among the scorpions after being convinced there would be none.

In the Wadi Rum, we found ourselves humbled by Bedouin hospitality with their wonderful food and, of course, the homemade tea with plenty of sugar.

With shoes full of sand, we headed to the Holy City of Jerusalem. We stayed in the heart of all the religious sites, on the Via Dolorosa in the old city. We explored the narrow streets of Jerusalem and practised our bartering skills in the markets. Here the conflict was most evident, as we took a day trip into the West Bank and saw the violent occupation first-hand in Hebron.

As we returned home, we reflected on everything we learned, and the message from Ben, an Israeli man working for reconciliation: “Don’t be pro-Israel; don’t be pro-Palestine; be pro-peace.” 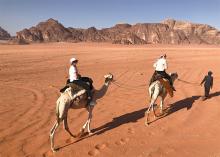 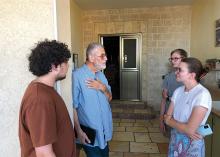 Westgate students engage with Ben, an Israeli man who spoke about losing his daughter in the conflict. He is part of the Family Forum, a group that connects bereaved Israeli and Palestinian parents. (Photo courtesy of Westgate Mennonite Collegiate) 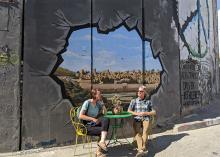 Raya Cornelsen and James Friesen sit by the separation barrier in Bethlehem, just outside of Banksy's Walled Off Hotel. (Photo courtesy of Westgate Mennonite Collegiate) 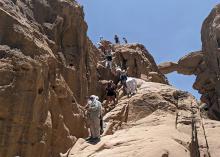 Students scramble up to the Burdah rock bridge with their Bedouin guides. (Photo courtesy of Westgate Mennonite Collegiate) 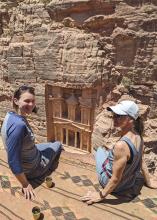 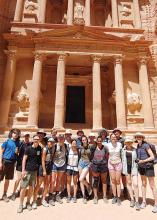 The Westgate students pose in front of the treasury at Petra. (Photo courtesy of Westgate Mennonite Collegiate) 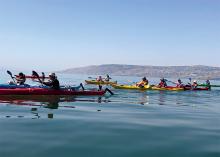 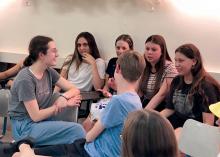 Westgate students meet with the young people who are a part of the Galilee Dreamers. (Photo courtesy of Westgate Mennonite Collegiate) 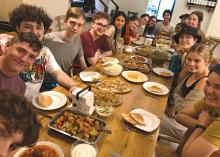 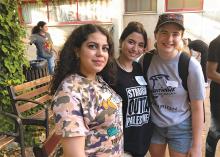 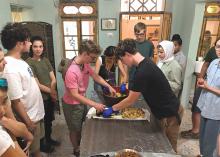 In Madaba, Jordan, Westgate students learn how to make maqlube, a dish consisting of meat, rice and fried vegetables placed in a pot that is flipped upside down when served, hence the name ‘maqluba,’ which translates literally as ‘upside-down. (Photo courtesy of Westgate Mennonite Collegiate)