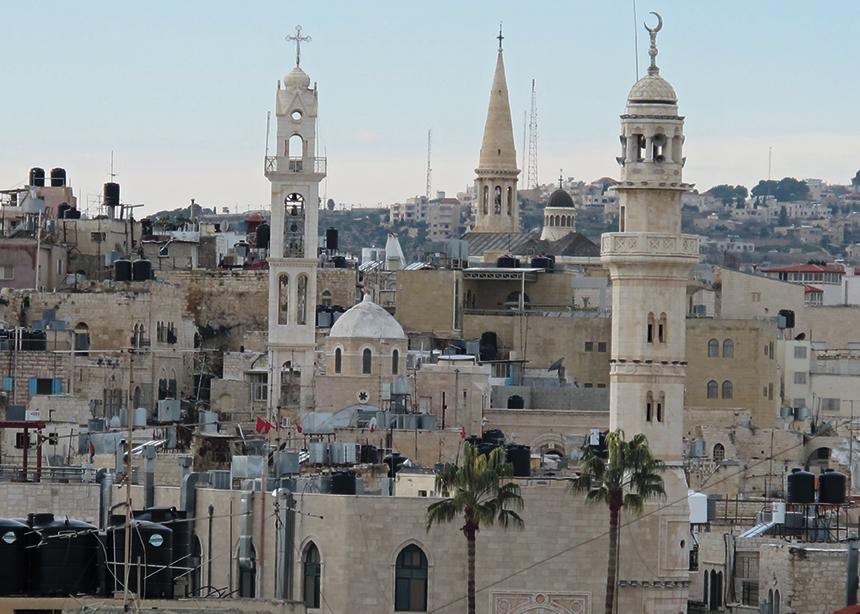 Christian Palestinians have asked the global church to stand with them, and Mennonites in Canada have now asked their government to do the same.

In September, Mennonite Church Canada’s Palestine-Israel Network (PIN) sent a letter to Prime Minister Justin Trudeau and Mélanie Joly, the minister of foreign affairs, calling the government to consistency in its stance on Palestine and Israel.

“As people of faith, we know there is a new world coming, and we know that God wants peace and reconciliation,” says Byron Rempel-Burkholder, PIN’s chair, in an interview. “We keep trying to be a witness to that vision.”

The Palestine-Israel Network was established as a working group within MC Canada after a resolution on the matter was passed at the 2016 delegate assembly. The resolution acknowledged the injustice suffered by Palestinians under Israel’s military occupation and committed the nationwide church to work for justice in the region.

The working group is comprised of a nationwide leadership group and four regional church groups.

Mennonite ties to Palestine date back 73 years, and MC Canada has ongoing connections with Palestinian Christians.

Over the past six years, PIN has formed and strengthened connections with Christian Palestinian groups, Independent Jewish Voices and other secular parties working for justice in Palestine-Israel.

Rempel-Burkholder, who lived in Bethlehem for three months in 2016, says that these connections, along with the 2016 resolution and Anabaptist values in general, are what inspire and guide the group’s work, including the September letter.

“As a Christian community, we stand with each other in our suffering,” he says. “The Palestinian church asks us to support them, and so we’ve responded to that call.” For him, “that’s where Anabaptist values of community come into it.”

Referencing the “Kairos Document,” a landmark 2009 communique from Palestinian Christians, Rempel-Burkholder emphasizes that Palestinian sisters and brothers are saying they “want to be grounded in the love of God, not only for Palestinians, but also for Israelis, and part of loving is to speak truth to power.”

In that context, the good news is holistic. “We’re trying to be agents of good news and transformation,” he says. “But not a good news that is separated from peace and justice.”

Advocating at the federal level is part of PIN’s work. While the Canadian government hasn’t responded to the network’s letter, the group has connected with multiple members of parliament. Government officials also did not respond to Canadian Mennonite’s request for comment.

“That’s where we need more of a groundswell,” says Rempel-Burkholder. Without broader help in contacting government, the justice PIN is seeking “isn’t going to make its way into government policy.”

“We’re hoping [that] with this persistent ‘kicking at the darkness,’ there’ll be some light and some change,” he says. “At times it seems futile, but we know we’re on the right side of history, so we just keep working at it.”

Read the PIN letter at mennonitechurch.ca/pin. 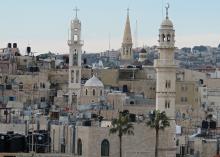