Mennonites and Media: Mentioned in It, Maligned by It and Makers of It.
By Steven P. Carpenter. Wipf & Stock Publishers, 2014. 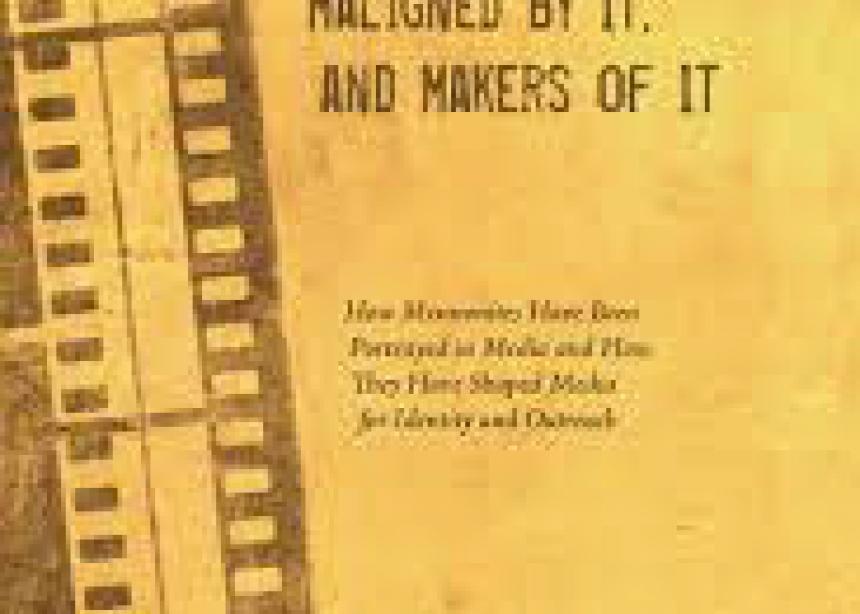 Steven Carpenter’s new book, Mennonites and Media: Mentioned in It, Maligned by It and Makers of It, offers a summary of both the ways Mennonites have been portrayed in popular media and the ways they have used it in North America to convey distinctive Mennonite insights. While not exhaustive, the book provides a representative study that allows Carpenter to draw some important conclusions about the relationships between Mennonites and media.

Among the numerous examples of how Mennonites have been portrayed in popular media, we learn that Joseph Heller’s classic novel, Catch-22, has a central character who is identified as an Anabaptist chaplain. While the character is not realistic, he is the only sympathetic character in the novel and positively represents Anabaptist faith as pacifist and compassionate. We also learn that President Lincoln had some very positive things to say about the “sturdy and honest” Mennonites who have “always been against slavery” and whom he gladly excluded from military service.

Carpenter goes on to show how Mennonites have been portrayed, both positively and negatively, in the news (Canadian Olympic speed skating medalist Cindy Klassen and disgraced American cyclist Floyd Landis), in magazines, art, drama (Voltaire’s Candide), and in film (Witness and Silent Light) and TV (The Simpsons).

I remember how our family was struck last year by the mention of Mennonites in the hugely popular sitcom, Modern Family. Carpenter mentions this as an example of how Mennonites are known more widely than one might expect given the number of them in North America and their history of being media shy.

Turning to the way Mennonites have used popular media, we are introduced to a variety of Mennonite writers (Rudy Wiebe), performers (Ted Swartz), filmmakers (Joel Kauffmann) and more who have used the media to say something about being a Mennonite or to convey Mennonite ideas. In particular, Carpenter highlights the wide impact and influence of John Howard Yoder’s 1972 book, Politics of Jesus, and Doris Janzen Longacre’s 1976 More-with-Less Cookbook.

Finally, Carpenter notes how quickly Mennonites moved to the use of the Internet to promote Mennonite faith and values when they launched Third Way Cafe, now part of MennoMedia, in the mid-1990s. This reveals a new and critical desire to make use of the most modern media tools and engage with today’s media in every possible way.

With the help of a detailed statistical analysis, Carpenter observes that, especially in print, Mennonites have had a media presence far in excess of their numerical size. And with a growing hunger in the wider church for an Anabaptist understanding of the faith, Mennonite influence through the media is likely to keep growing in the years ahead, which Carpenter sees as both positive and necessary. I agree.

Carpenter ends his book with a brief autobiography that highlights the fact that he was only introduced to Mennonites as an adult, beginning with the More-with-Less Cookbook. This is an important addition, because I think Carpenter’s book is enriched by having it written by someone who was once an outsider who benefitted from the Mennonite use of media.

Far from being a typical academic study, Mennonites and Media is a very easy and enjoyable read. I breezed through the book, appreciating the scope of the study reflected in the dozens of well-presented examples, as well as the in-depth analysis verifying Carpenter’s conclusions. While I personally would have valued a broader geographical analysis, this book is a delightful and fascinating summary of Mennonites and the media in North America and an invaluable resource for those engaged with all forms of media.