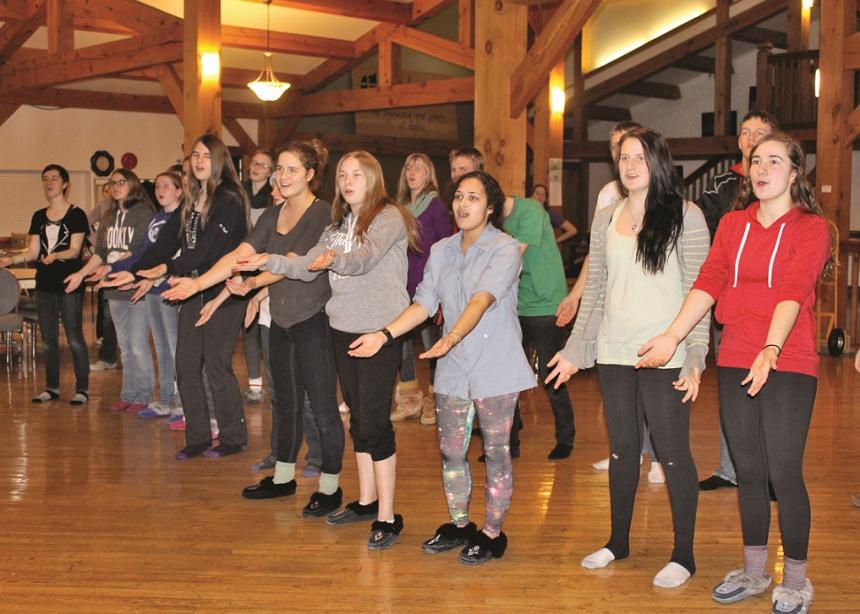 Meeting the week of April 13 in Minneapolis, representatives from MennoMedia, Mennonite Church Canada, and Mennonite Church USA laid the foundation for a new Mennonite song collection that is anticipated to be released in 2020.

The new song collection will be more than a printed hymnal, and will certainly include an electronic version as well as other supporting products. Full feasibility studies exploring the range of potential products for the collection are underway.

Terry Shue, director of leadership development for Mennonite Church USA, adds, “As each generation builds on the faith and practices of those who came before us, the selections in this new song collection will both reflect what has been and shape our common identity as followers of Jesus.”

The project is expected to take about five years, with a final printed hymnal slated to be available in the summer of 2020.

While MennoMedia will publish the new song collection, it will do so in close partnership with Mennonite Church Canada and Mennonite Church USA. A steering committee of six members (two each representing MennoMedia, MC Canada, and MC USA) will provide oversight to the ongoing project.

The three parties first started exploring the need for a new hymnal in spring 2008, when they surveyed worship and music leaders in Mennonite congregations. That work continued in summer 2011, when The Heart of Mennonite Worship was released as a jointly produced study guide inviting Mennonite congregations to think more deeply about worship. As one part of that study, congregations were asked to submit lists of the songs they sang each week through an online survey. (See the survey results here.)

In late 2014, the Joint Executive Committee of Mennonite Church Canada and Mennonite Church USA gave the green light to the song collection project with the understanding that, while MennoMedia would be the publisher and project leader, work should be done in close partnership with the denominations.

“We have a tremendous amount of data from congregations in the 2008 and 2011 surveys about the songs they sing each week and how they access music,” said Russ Eanes, publisher at MennoMedia. “Congregational responses show that it’s time to begin this project, as many congregations are noting wear and tear on their existing hymnals.”

MennoMedia plans to hire a full-time project director and a part-time project assistant for the duration of the project.

In addition, a 10- to 12-member hymnal committee will be appointed to work closely with the project staff. This committee will solicit and review music and texts, paying close attention to singability, theology, and clarity. Three members of the committee will be asked to serve in part-time capacities as music editor, text editor, and worship resources editor, respectively. All the other positions will be filled by volunteers.

Those interested in being part of the hymnal project committee will be able to apply for the 10 to 12 positions in late 2015 at MennoMedia.org. Application reviews will start in January 2016.

Anyone who is an active member of a Mennonite Church Canada or Mennonite Church USA congregation may apply to be on the hymnal committee. Those applying will be asked to make a three-year commitment to the project. In addition to a short application, applicants to the hymnal committee must provide three references, including one pastoral reference. All applications will be reviewed by the six-member steering committee and the project director.

The new song collection will include a one-year period during which time anyone can make recommendations about what songs or texts should be included. An online form will be created for the submission process, and people will be invited to recommend their favorite songs as well as new music or texts.

Staff anticipate that the new song collection will be released in 2020. This new volume will replace Hymnal: A Worship Book (1992), which succeeded The Mennonite Hymnal (1969).

Fundraising work for the project has already started; MennoMedia plans to raise over $400,000 to produce this song collection.

MennoMedia plans to release regular news about the project. To receive this news, sign up at HymnalInfo@MennoMedia.org. Names for consideration for the hymnal committee are welcome and should also be submitted to this same email address. 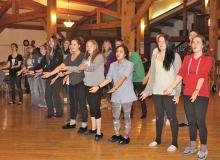