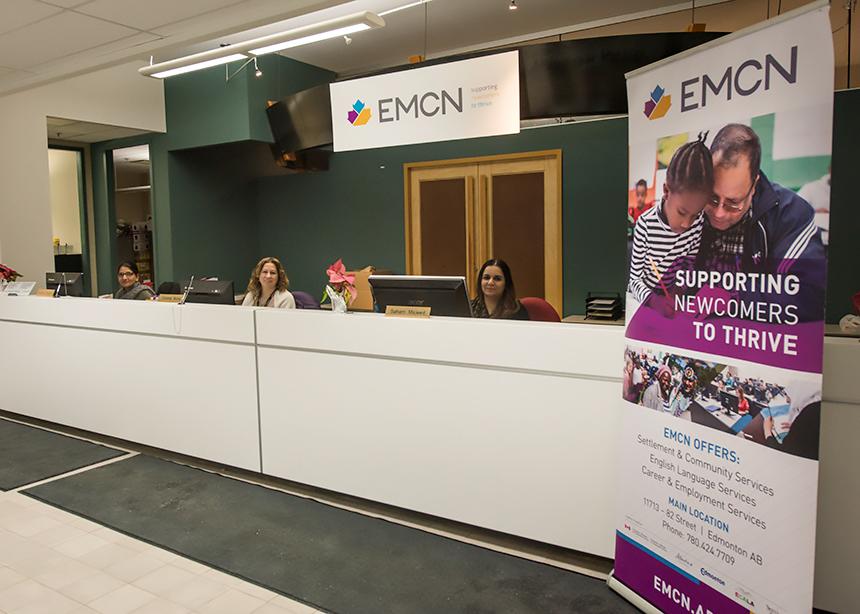 In May 1981, the Edmonton Mennonite Centre for Newcomers opened its doors with 1.5 full-time-equivalent employees, one classroom and a little office. It was started by six Mennonite churches in Edmonton that saw settlement services for newcomers were inadequate and felt convicted that God called them to welcome the stranger.

Now the Centre has four locations and more than 250 full- and part-time employees providing 28 programs in the four areas of settlement services, community services, language services, and employment services.

In order to consolidate staff and services, a new, larger building was rented downtown and some of the smaller locations were closed last November. The former main building on 82nd street was purchased by the Centre and is currently being converted into a language school.

Thomas Bumbeh, one of the Centre’s board members from Holyrood Mennonite Church, says he agreed to serve on the board because “I really love the vision and mission. It is a way for me to give back after I was a newcomer myself. It’s not easy moving to a new country where you have no idea what is ahead of you.”

He is helping to organize a Mennonite fundraiser in order to renovate the language school. The classic Mennonite soup and pie event, as well as a global choir concert, will all be part of a series of fundraisers, with the goal of raising $630,000 through individual and Mennonite partners. But learning English and finding employment are not the only things it does. “Wintergration” helps newcomers learn how to embrace the winter through outdoor activities. Cooking classes and a choir are enjoyable ways to connect. And newcomers who arrive as engineers can re-certify, and training is given for future accountants.

But is the Centre still considered ‘Mennonite?’

Don Baergen (pictured), one of the original employees, still works at the Centre after 38 years. He recalls how every new executive director wonders if the Centre should keep the Mennonite name, claiming its removal would make the organization more inclusive. However, he notes that it is the Centre’s employees from non-Canadian cultures who insist the name “Mennonite” is synonymous with hospitality and welcome, and therefore should not be removed.

According to Kevin Guenther Trautwein, a Mennonite pastor and vice-chair of the Centre’s board, “Mennonites still have the potential to hold over 50 percent of the board seats.”

He says that, in addition to the Mennonite concept of welcoming the stranger, “there is a Mennonite ethos around working ‘with’ and not working ‘for’ people. [The Centre] tries to hire refugees and work with them, and not impose solutions on their challenges. . . . We are also committed to providing a living wage, which means dignity for people working there—not just for the people we serve.”

“We may not use spiritual language, but the values of service and helping people to integrate and use their gifts in society is very ‘Menno’, ” Baergen says, adding that the Centre is unique in that “it has been a place where the churches and community volunteers could connect through friendship and community. Picnics, family gatherings, birthdays and celebrations have always been part of the [Centre’s Mennonite] culture.”

Having experienced war and the challenge of settling into a new culture themselves, Mennonites had a natural compassion for newcomers to Edmonton. Their values pushed them to reach out and love their new neighbours in the beginning, with the majority of the initial $30,000 budget coming from local Mennonite churches. 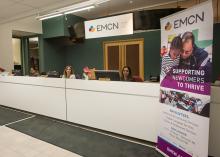 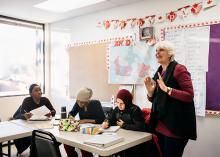