Telling a legacy of hope and sacrifice 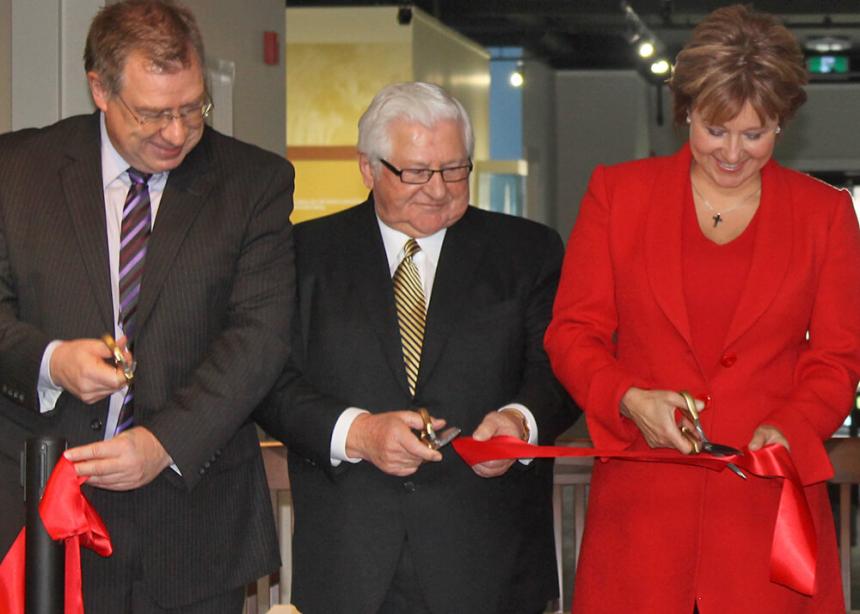 The dream of a heritage museum for B.C. Mennonites to tell their story became reality Jan. 22, 2016, when hundreds, including B.C. Premier Christy Clark, gathered for the grand opening of the Mennonite Heritage Museum (MHM) in Abbotsford.

The project fulfilled the long-time aspiration of Peter Redekop, president of the Mennonite Museum Society, who as a youngster immigrated to Canada with his family from Europe following World War II. Redekop had been inspired by Mennonite heritage centres he had visited elsewhere in Canada and the United States and hoped eventually to develop a similar museum to tell the Mennonite story in the Fraser Valley.

Plans for the museum began in 2011, but final approval from the Abbotsford City Council was not given until the spring of 2014, and ground was broken in September of that year. Specific focus is on the Mennonites who came to the area beginning in the 1920s via the Soviet Union and Poland/Prussia.

“We have a fantastic legacy and story,” said Redekop, who wanted the museum to be a collection of stories rather than a collection of objects. “As [future generations] get older, they’ll realize a people brought us here with hope and sacrifice.”

A permanent exhibit inside the museum tells the Anabaptist and Mennonite story over the past 500 years through display panels, audiovisuals, and interactive digital media. Temporary seasonal displays will also be featured.

Also housed in the building is the Mennonite Historical Society of B.C., which collects and preserves stories and archival records relating to Mennonite history in the province and maintains a library and databases for historical and genealogical research. Convenient computer stations are available for anyone interested in researching family history.

“The location of the MHSBC Archives at the Mennonite Heritage Museum enhances our ability to serve the research needs of those visiting the museum,” said Richard Thiessen, executive director of the museum.

With the building sitting on Agricultural Land Reserve property, an agriculture component is a prominent part of Mennonite heritage storytelling. Raspberries and blueberries have been planted on land adjacent to the museum, and plans include the planting of heritage varieties of berries used by Mennonite farmers who prospered through agriculture in the Fraser Valley, beginning in the 1930s. Plans are for the museum’s coffee shop and display kitchen to feature foods coming directly from the MHM farm.

The building is located at 1818 Clearbrook Road, just south of Trans-Canada Highway 1. It is open from 10 a.m. to 4 p.m. Monday-Friday, with plans to expand operating hours in the spring. Admission is by donation. 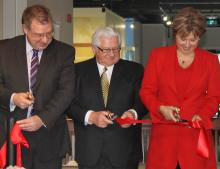