After weathering four floods, couple grateful for the help 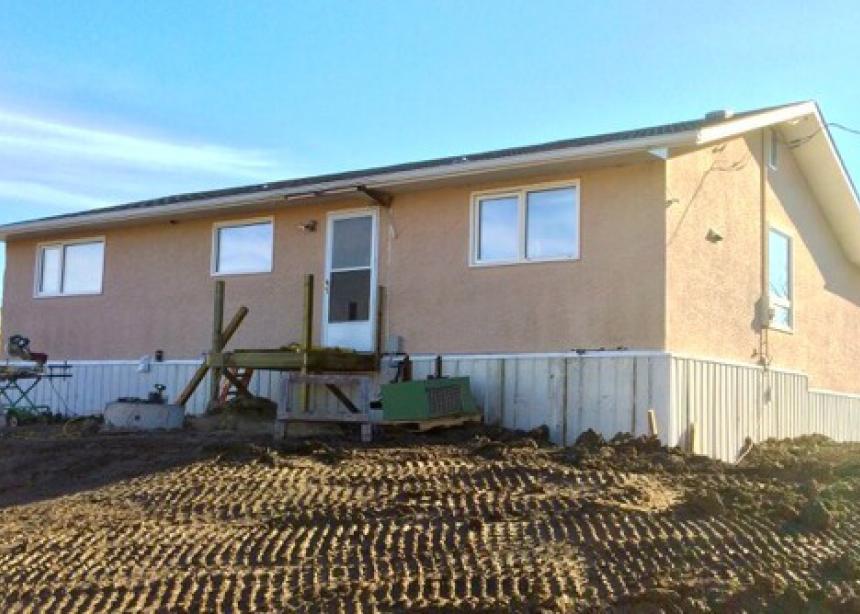 The first three times their house flooded, John and Mary Webb managed to make repairs. But in 2011, after the Red River filled it with water for the fourth time, they were broke.

“We’d put our retirement money into this house,” says Mary. “We didn’t have any funds left. We were poor.”

The Webbs own a house along the banks of the flood-prone Red River on Breezy Point Road north of Selkirk. Every year, when the ice breaks up and the river begins to swell with spring run-off, they watch the surging waters to see if they’ll need to build a sandbag dike to protect their house. During the record flood of 1997, volunteers helped construct a 10,000-sandbag wall that kept their house dry. But some years the sandbags aren’t high enough and the river spills over into their basement.

“It’s very eerie because you’re in your home and all you hear is the trees snapping from the ice floes and the water rushing in,” says Mary.

After the 2011 flood, the Webbs appealed to the Manitoba government for assistance. To protect against future flooding, they needed to lift the house up, erect a metre-high wall atop the foundation, set the house back down and build up an earthen embankment around it. The garage also needed to be relocated. The provincial government and the Red Cross provided grant money to pay for building materials, but the Webbs still could not afford to pay for the labour. Both of them are retired and John has chronic back pain that prevents him from doing physical labour.

That’s when Mennonite Disaster Service (MDS) stepped in. The provincial government contacted the Red Cross, which contacted Dan Klassen, chair of the Manitoba chapter of MDS, to see if the organization could help out. MDS agreed to provide all the labour free of charge.

“I cannot express my thanks enough for the support of the Mennonites,” says Mary. “Without their manual labour and paying for things up front, I don’t know what we would have done. Dan and his crews have been absolutely marvellous.”

Klassen estimates MDS invested more than 3,000 hours of labour into the project, with more than 50 women and men helping out.

“It’s quite unbelievable that people would come forward and want to help like that,” Mary says.

The Webbs have been living in their son’s basement for the past four years while they have been trying to finish the work on the house. John is currently in England with his 93-year-old mother, who is recovering from surgery. Once she is feeling well enough, he will help her move to Canada, and she will live with the Webbs in their newly renovated house.

“It’s a dream come true,” says Mary, hoping their house will be ready to move into by Christmastime.