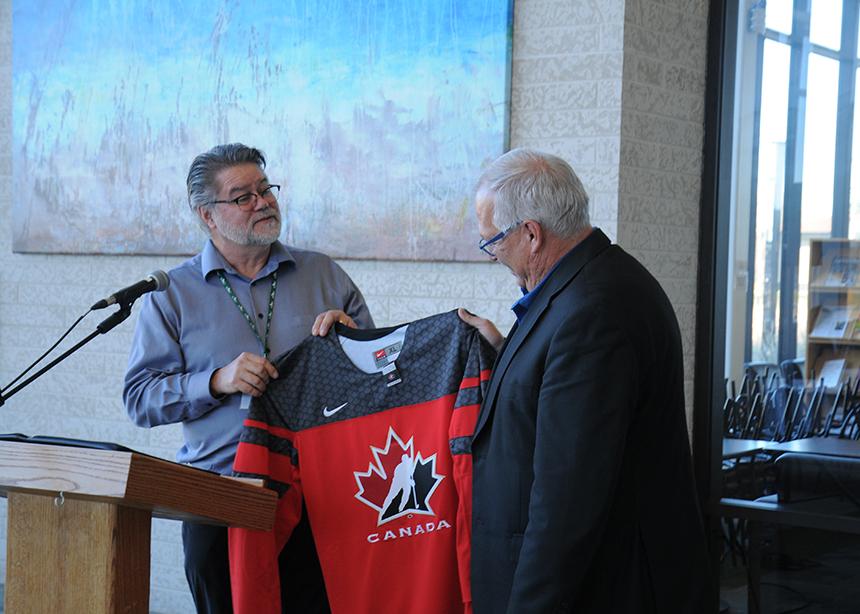 Calvin Quan, moderator of MC Canada, reflected on the time he served alongside Metzger, working on behalf of Mennonites across the country: “I became impressed with the deep love you had and continue to have for the church and the hope that fuels your leadership at MC Canada.”

Serving in this role for eight years, Metzger is the longest serving leader in MC Canada.

He is deeply respected for his ecumenical work, representing MC Canada in the Canadian Council of Churches and the Evangelical Fellowship of Canada, in addition to nurturing strong relationships with MC U.S.A. and Mennonite World Conference. As part of an ongoing process of reconciliation between Lutherans and Anabaptists, he cultivated connections with the Evangelical Lutheran Church in Canada. He also participated in initial conversations between MC Canada and the Anglican Church of Canada. Alongside other Canadian faith leaders, he represented Mennonite concerns around climate justice, poverty and the crises in the Middle East.

Closer to home, in his role as executive minister (previously executive director and general secretary), Metzger led the church during the seven-year process of Being a Faithful Church (BFC), which examined how the church interprets Scripture, particularly in relation to same-sex marriage. In the Future Directions conversations, he helped MC Canada envision a new direction for the nationwide church and led the denomination through a challenging structural change.

Hilda Hildebrand, who previously served as moderator of MC Canada and on the BFC and Future Directions task forces, recalled that “Willard worked tirelessly, engaging in challenging conversations and transitions . . .  and ultimately walking with us toward re-imagining and re-birthing.”

Speaking on behalf of the Executive Staff Group, Ken Warkentin said, “Willard, you have led Mennonite Church Canada with passion and with faith and with foresight and courage over these past eight-plus years, and your gifts of encouragement, particularly to young people, have been a blessing.”

“Willard has an undeniable love for God’s church,” reflected Joint Council member Alicia Good. “We’ve been blessed as a faith community to have had his leadership through this dynamic period of change. It has helped to create a firm foundation for the excellent leaders that will now take up the task.”

In his response, Metzger reminded listeners that God gives gifts to all, for the good of all. “Today is a celebration of the work of the Spirit in equipping the church to fulfill the purpose and passion of God,” he said. “Gifts are given by the Spirit for the purposes of God’s will. Gifts are entwined with your unique personality, so that when you are exercising your gifts you are doing what you love to do. That was my case. The church called my gifts into action and I loved what I did.”

He acknowledged the dedicated work of the volunteers and staff members who worked alongside him: “It is a beautiful thing to witness God’s people exercising the gifts supplied by the Spirit. It is an expression of worship.”

Looking forward, he said, “I also have a joyful confidence in our youth, our young adults and the children following them. The Spirit of God is active right now in their midst: inspiring new thoughts and dreams in their hearts and minds. God is busy equipping them for their turn to shape the church. They will understand what we cannot. They will take the church to where it needs to go.”

—With files from MC Canada. 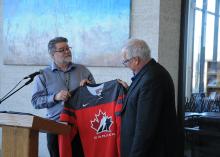 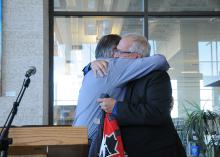 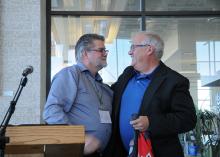