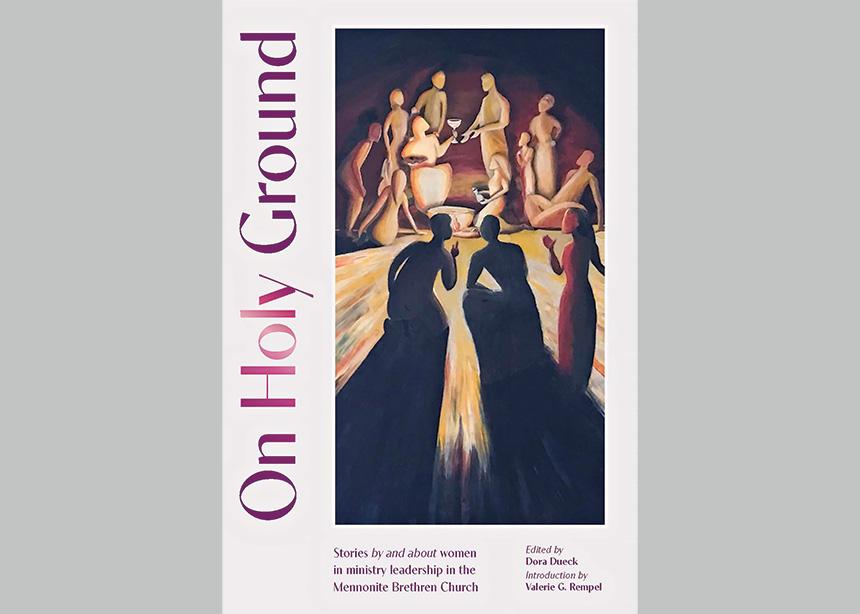 Controversy over a new book commissioned by the Mennonite Brethren (MB) Historical Commission has resulted in attention drawn to the very thing church leaders were probably hoping to keep out of sight. When On Holy Ground: Stories By and About Women in Ministry Leadership in the Mennonite Brethren Church was launched in June, it was not widely known that three pages had been ordered removed and hundreds of books had been destroyed.

On Holy Ground contains the personal stories of 15 women who have served as pastors and leaders in the MB denomination.

The book had been approved by the Historical Commission for publication when the executive boards of the Canadian and U.S. Mennonite Brethren churches discovered that they were not comfortable with a section of the personal reflection of Mary Anne Isaak, pastor at River East Church in Winnipeg. They decided that three pages needed to be removed.

“For many MB readers, these pages will overshadow the important contribution of the other writers, create confusion about what it means for MB credentialed leaders and local MB churches to ‘affirm’ the Confession of Faith, and unfortunately, it will reinforce the damaging stereotype that embracing women in leadership leads necessarily to an affirming stance on gay marriage for Christians,” stated the church leaders on the MB Herald website on July 6.

Dora Dueck, the editor of the book and former editor of the Mennonite Brethren Herald, was not happy with this explanation. “Somehow I can’t help feeling the book has been devalued and that the others will not be heard,” she responded.

Also on that web page, there were other negative remarks in response to the statement by church leaders, including the comment, “So a woman’s voice was silenced in a book commissioned to feature women’s voices. Sadly, this seems to be indicative of the struggle women continue to face in this Conference.”

Dueck also expressed her concern that so many copies were destroyed and that there had been no consultation with the author or editor. Apparently, the executive boards were mistaken about who was responsible to arrange the printing, and 300 copies were completed before the message to cut the pages was received.

In the section that was cut, Isaak describes her journey as a pastor: “Just as my response to women in church leadership evolved from a received tradition to my own understanding rooted in research, experience and community discernment, so too my response to the LGBTQ+ community is developing.” She ends by recognizing that LGBTQ+ inclusion is an issue the Mennonite Brethren family of faith is presently wrestling with. Although the pages are not in the publication, they are available at: timetotellcanada.blogspot.com/2022/06/read-missing-pages-from-new-book-on.html

Meanwhile, the Mennonite Heritage Museum in Abbotsford, B.C., is offering to sell the book with the missing pages inserted. Richard Thiessen, the museum’s executive director, is a member of the MB Historical Commission, which had approved its publication before the executive board issued their ultimatum.

“[T]he book was intended to allow Mennonite Brethren women to tell their stories of ministry. It is wrong for a group of conference leaders to unilaterally eliminate a portion of a person’s story, which is what MB conference leadership did by removing three pages from Mary Anne’s chapter,” he said. His wife, Karen Heidebrecht Thiessen, is one of the other pastors who wrote a chapter.

In their statement, the MB executive boards also commented: “These three pages move beyond the recording of personal experience about being encouraged and/or discouraged in leadership, to more of a brief theology essay advocating for a type of LGBTQ+ inclusion in conflict with a straightforward reading of our MB Confession of Faith.”

A protest was organized on July 13 outside the Winnipeg offices of the Canadian Conference of Mennonite Brethren Churches with about 70 people expressing their discontent with the executive boards’ decision. Smaller protests were also held in Waterloo, Ont., and Fresno, Cal., the same day. 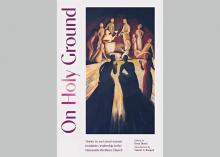 I was also one of the contributors to this volume. When the conference leaders edited Mary Anne Isaac's story, they were censoring us all. They suggest they removed only a "brief theology essay", but I think all of the stories contain our theology. God is in our stories, hiding like meat in a fleisch perishky (to borrow an image from one of David Waltner-Toews' wonderful poems). When we tell people, "You can't say that," we are limiting what God is trying to speak through each of us, as valued members of the body of Christ. I am thankful for all who are supporting hearing the whole story, not just the story some would like us to hear. I am especially pained for our LGBTQ+ friends and their allies who are again being told, through this story, that there is no place for them in the Mennonite Brethren church.

What Carol Penner said. And this, from Frederick Buechner: "At its heart most theology...is essentially autobiographical... I cannot talk about God or sin or grace, for example, without at the same time talking about those parts of my own experience where these ideas became compelling and real." Thank you Barb Draper for telling this story.