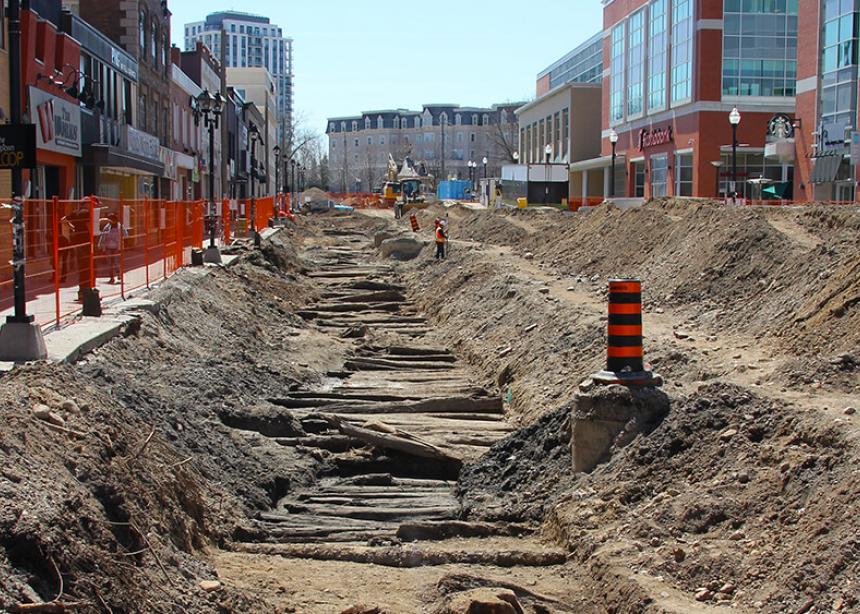 Building of a light-rail transit system along the spine of Waterloo and Kitchener had to change focus in March 2016, when excavations in uptown Waterloo exposed the remains of a corduroy road. Archeologists are dating the road to the late 1700s or early 1800s. It was probably built by Mennonites, the original settlers in the area. The road would have connected Abraham Erb’s house and grist mill. Corduroy roads, made of logs laid perpendicular to the path of travel, were placed in swamps to keep horses, carts and people from getting stuck in the wet soil. Uptown Waterloo is crossed by Laurel Creek, now buried in the very centre of the city, and was a swampy area in those early days. The road was discovered directly in front of the Waterloo Ten Thousand Villages store, a Mennonite presence in the 21st century.

To learn more about Mennonite history in the Kitchener-Waterloo region see “Meet me at the Grand!”