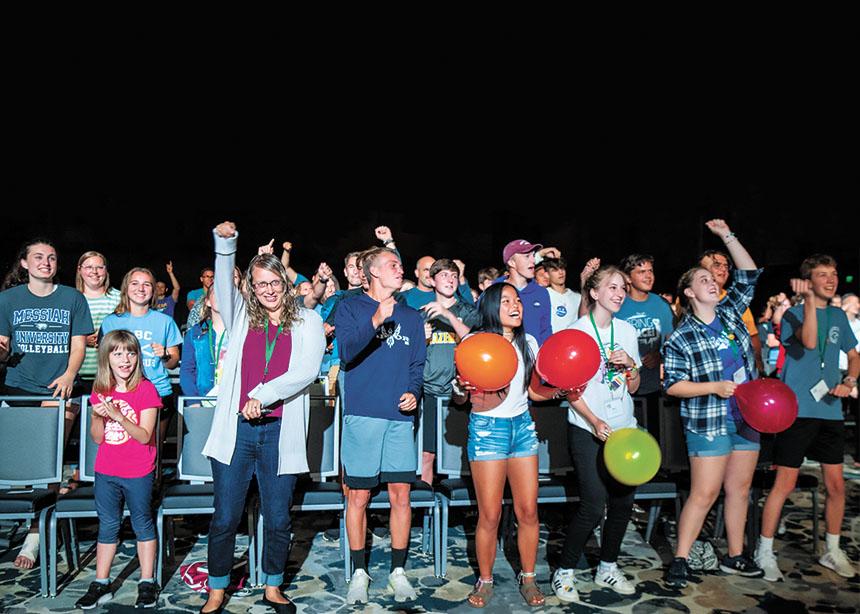 Church revitalization was a goal of MennoCon21, shifting the 20-year-old denomination’s attention from organizational development to fulfilling its calling as an inclusive body amid a trend of membership decline.

With a lower profile for delegate business—reduced to a two-hour virtual-only session at week’s end—the goal of revitalization relied upon the experiences of worship, seminars and fellowship.

Ellen Kraybill of Elkhart, Ind., said the convention lifted her spirits. “The worship was rich, and the music was inspiring,” she said.

Michael Swartzendruber, pastor of Wayland Mennonite Church in Iowa, said a small convention was almost as good as a big one. He appreciated the Bible studies with Safwat Marzouk, an Anabaptist Mennonite Biblical Seminary professor, who led three sessions for all adults and youth on peacemaking amid COVID-19 and racism.

“We’ve seen how the themes of peace and justice are deeply embedded in the specifics of the biblical story,” Swartzendruber said. Marzouk’s messages used the stories of Joseph in Genesis and the Hebrew midwives in Exodus to teach about overcoming fear of those who are different and raising up the oppressed.

About 270 of the in-person attendees were youth and sponsors. Eight came with Adalberto Guzman of Iglesia Menonita del Cordero (Mennonite Church of the Lamb) in Brownsville, Texas. “They loved it,” Guzman said. “They thought it might be like going to class, but they saw that it was fun.”

“Let us be advocates and allies for the marginalized,” he said. “Let us demonstrate the love of Christ in word and deed to those that don’t feel like this church is home. Let us call them to the foot of the cross, because God is enough, and nothing else will do. It is time for MC U.S.A. to be transformed.”

Throughout the week, seminars offered ideas for revitalization and peacemaking by affirming diversity and including marginalized people.

Two Mennonite school administrators—Joel Gaines of the City School in Philadelphia and Jeanne Zimmerly Jantzi, formerly of Central Christian School in Ohio—led a seminar on “The messy struggle of antiracism,” particularly as it relates to education.

Zimmerly Jantzi defended the teaching of antiracism, which has become controversial in some schools, including the one she used to lead.

Gaines urged being “open to experiencing discomfort” while learning to appreciate cultural differences. “As a Black man, as a Black head of school, where Black male educators make up 1.7 percent of the teaching profession, I know what God has called me to,” he said. “I want to be within a Christian school space, a Mennonite school space, where we can have hard conversations about race, ethnicity and culture for the sake of shalom.”

LGBTQ+ interests were represented in seminars such as “Practical steps to becoming a welcoming congregation” and “Always my child/Forever my parent.”

Russ and Beth Miller of Bellefontaine, Ohio, described their journey from devastation to affirmation after their son Luke came out as gay 20 years ago. “Keep a soft heart,” Russ said, when asked what advice he would give to parents of LGBTQ+ children. “A hard heart will kill you. . . .”

“A resolution for repentance and transformation,” submitted by the Inclusive Mennonite Pastors group and 30 congregations and organizations was deemed to be at an impasse, according to Guyton: “This resolution was submitted by the writers for a vote, but the Resolutions Committee recommended it to be studied. In good conscience, we could not continue to move forward without the participation of the writers in an education process.”

“‘Repentance and Transformation’ invites MC U.S.A. to commit to the well-being of queer people through concrete actions of repair,” said Michael Crosby, pastor of First Mennonite Church of Champaign-Urbana, Urbana, Ill., and one of the writers of the resolution. “We’re deeply disappointed that the Resolutions Committee rejected the resolution and is refusing delegates an opportunity to vote.” 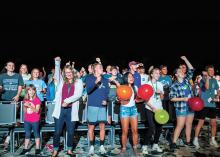