Members from MC Canada delegation share what they learned 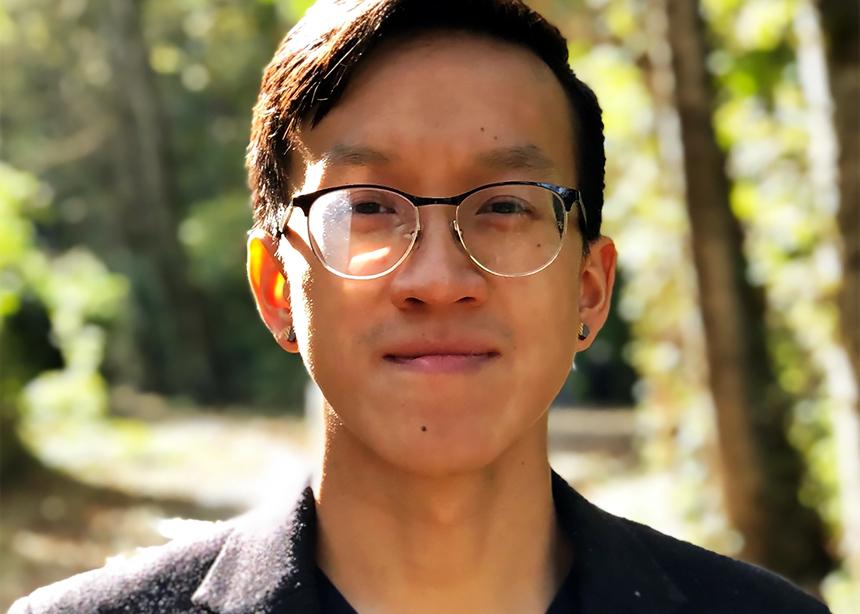 Justin Sun is a pastor of Peace Mennonite and Peace Chinese Mennonite Churches in the traditional and unceded territories of the Musqueam Indian Band (Richmond, B.C.).

Members of a Mennonite Church Canada delegation attended the virtual conference hosted by NAIITS—An Indigenous Learning Community from June 3 to 6.

Each year NAIITS (formerly the North American Institute for Indigenous Theological Studies) hosts a theological conversation intended for people of all ages, including pastors and activists, and Indigenous and non-Indigenous peoples. This year Mennonite Church Canada sponsored around 20 people from across the nationwide community of faith and the Unsettling the Word Book Club to attend the event called “Treaty and covenant: Creating space for hope.”

For many years NAIITS has been exploring topics of interest and concern to a variety of people engaged within the wider Indigenous community. At each symposium there have been clear articulations of the landscape of the present moment, along with cutting-edge insights about how Indigenous people might more effectively engage with those within their communities and with those from other socio-cultural backgrounds and contexts, within the lived gospel of Jesus the Christ.

‘Healing will come when we listen to Indigenous people and their stories’
José-Luis Moraga is pastor of discipleship at Springfield Heights Mennonite Church in Winnipeg. He loves reading, playing soccer and having good conversations with friends.

A couple of years ago, I had the opportunity to serve in a church located in the North End of Winnipeg. There I witnessed the devastating consequences of colonization. During that time, I listened to many residential-school survivors and their stories of suffering and segregation. This experience led me to keep listening to Indigenous survivors, Indigenous theologians and advocators for their rights. NAIITS provides a space to continue this learning process, have crucial conversations with settlers and First Nations people, and collectively find ways to reconcile.

One of the things that drew my attention by listening to speakers from Australia, New Zealand and North America was to notice the similarity of colonization patterns in different regions worldwide and their effect on peoples and lands.

Walking the road of reconciliation will be a long journey in which settlers, new Canadians like myself, and Indigenous people must make significant efforts to build a different country. Healing will come when we listen to Indigenous people and their stories of suffering and oppression, acknowledge their pain, build close relationships, offer reparation for what has been taken, and so forth. To be honest, sometimes the task seems unreachable and feels overwhelming. Yet, what may feel impossible to us, is possible with God’s help.

I am thankful to be part of MC Canada, an organization that places high priority on having these difficult conversations and for its willingness to work for peace and justice in our Canadian land. Thanks to NAIITS and MC Canada for extending the table of reconciliation to many of us. Thanks for the seeds of hope, reconciliation and healing they are planting in our land. May many more people join us and may we all see the fruit of those seeds.

‘NAIITS is not run by mere coworkers but a family that has laboured together for a long time’
Justin Sun is a pastor of Peace Mennonite and Peace Chinese Mennonite Churches in the traditional and unceded territories of the Musqueam Indian Band (Richmond, B.C.). He graduated from Columbia Bible College, in Abbotsford, B.C., in 2020, with a bachelor of arts degree in biblical studies and he is in the beginning of his journey learning about Indigenous-settler relations in Canada.

Have you ever been newly invited into someone’s home, or to a party or family event where you could tell, within minutes of arriving, that you were in someone else’s space? I do not mean that in the sense of being unwelcome—far from it, actually. I mean in the sense of: you know you are at a gathering where there are existing, deep and lifelong connections between hosts or attendees that were cultivated long before you showed up, and that you, by virtue of being new, feel immense gratitude that you are even able to witness it and participate. Have you ever been part of something like that?

It’s like watching long-lost friends reunite at an airport; they throw everything aside, embrace and are in tears upon seeing one another. Everyone in the room smiles when that happens—or when a heartfelt, teary-eyed speech is given at a wedding, and all the guests know something special is happening.

Now, imagine, instead of just getting to watch the above scenarios unfold, that those people, in the sacredness of their connections, go out of their way to include you and say, “Welcome. We would love for you to be part of this, too—to learn, to grow, to join us.” That is how I would describe my first experience attending the NAIITS symposium.

As I reflect, I realize all I can do is use an analogy, because mere descriptors fail to encapsulate it. As a settler whose parents immigrated to this land called Canada a short generation ago, and as someone who has only recently begun unpacking and understanding the effects of colonization on Indigenous peoples around the globe, I felt a tremendous privilege to be part of NAIITS 2021.

From the opening, I could tell I had stepped into a family’s living room, even if it was digital this year. From the ribbing between the hosts, to the affectionate “uncle” or “auntie” titles, to the recollection of decades-old memories, anyone could see NAIITS is not run by mere coworkers but a family that has laboured together for a long time.

Far from making it feel less “formal,” I believe this enhanced the symposium, when it came time for the presentations. The presenters were powerful witnesses to the ongoing work of Indigenous academics and practitioners, young and old, all around the globe, showing how the “Jesus way” is played out in a multitude of settings.

Each of those sessions deserves careful reflection on their own, and I will not do them a disfavour by trying to unpack them here. So suffice it to say: “Wow. How powerful it is when people are empowered by the Creator to work for love and liberation in the communities they incarnate.”

I am grateful to have been part of MC Canada’s presence at the symposium. It was a great learning experience, and I highly recommend it to all who are seeking out how our Creator is at work all around the world.

To learn more about NAIITS and the annual symposiums visit www.naiits.com. 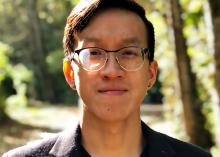 Justin Sun is a pastor of Peace Mennonite and Peace Chinese Mennonite Churches in the traditional and unceded territories of the Musqueam Indian Band (Richmond, B.C.). 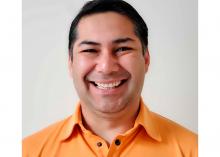 José-Luis Moraga is pastor of discipleship at Springfield Heights Mennonite Church in Winnipeg.