Meeting the Creator in creation 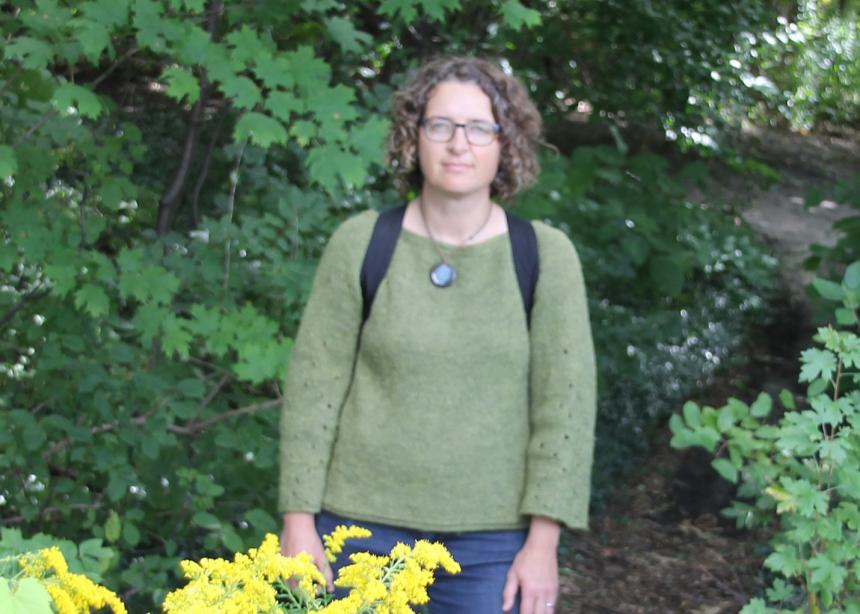 Imagine deciding on Saturday that you want to begin a new congregation the next day. Then add to that the plan to meet outdoors in Canada on the Sunday between Christmas and New Year’s.

To Wendy Janzen’s surprise, an enthusiastic group of 15 was ready to do just that on Dec. 29, 2014. Janzen was finishing up a sabbatical from her half-time position at St. Jacobs Mennonite Church at the time and had become intrigued by the idea of worshipping in nature.

Her children were enrolled in a forest school that fall, and she wondered about the possibility of meeting the Creator in the creation on a regular basis. About the same time, a neighbour told her that she was “done with worshipping in buildings.” Instead, she preferred to hike with her family. Janzen wondered about doing this with others, and including ritual in the outing.

Burning Bush Forest Church now meets on Sunday afternoons monthly, regardless of the weather. Participants come from a variety of church backgrounds, including a few from Janzen’s home congregation, as well as those who have no other church home.

Mostly the group is meeting in urban forests, often hearing the cars on the Conestoga Expressway in the distance. Participants express a desire to learn more about the outdoors, to identify birds, trees and plants, and to know more about God’s creation. Peter Wohlleben’s Hidden Life of Trees, while not spiritual, has led to awe about trees as intricate parts of God’s creation.

Worship often includes an opening guided prayer. The time is committed to “divine presence,” since not everyone is comfortable with “God” language; this is similar to the Watershed Discipleship Movement based on ecological theology. Scriptures and other sacred texts are then read, although the Bible is read every time. Readings around the church year and the natural seasons are also read.

Since the church year was developed in the northern hemisphere, there is a close correspondence to it and the natural seasons. Lent’s fasting corresponds with the hunger season, as last year’s crops get used up. In the heat of August 2016, the group focussed on “dryness” as a theme.

After the readings, a period of contemplation follows, with 30 minutes of wandering, sitting and reflecting. A sharing time is closed with a final benediction.

Janzen senses a deepening relationship with God through the Burning Bush Forest Church. Her own spiritual practice is more out of doors, and she is reading the Bible differently.

The group is not forming an official congregation at this time, as Janzen isn’t ready to follow any church-planting model. Up to 20 people come each month, with 65 on a mailing list.

While there is a European-based forest church network, Janzen and other North Americans have formed the Wild Church Network. To find more information about gatherings in your area, or to begin your own group, visit wildchurchnetwork.com, which includes a link to the Burning Bush Forest Church’s Facebook page. 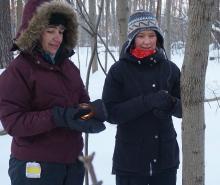