Meeting on the common ground of God’s love

When done well, fundraising connects ‘those who need money and those who can give money’: Henri Nouwen 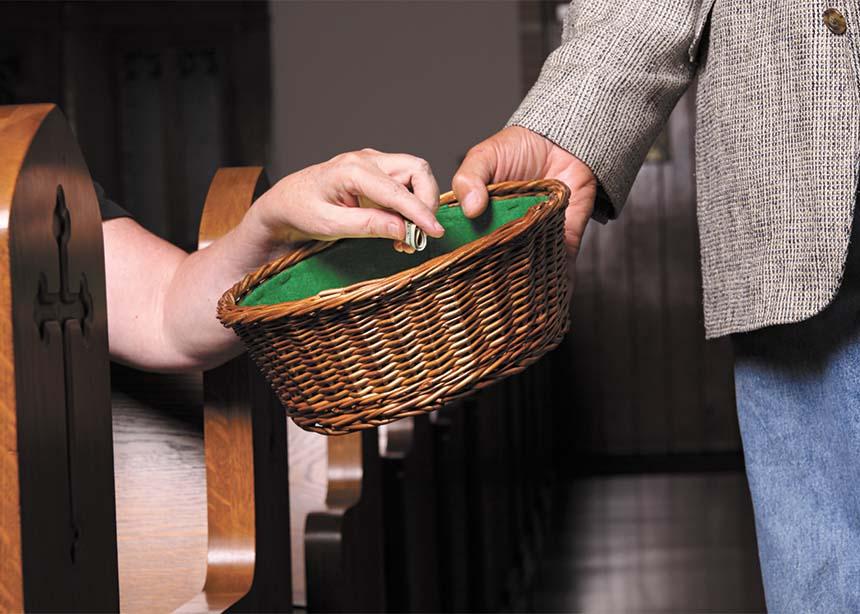 Do Mennonites believe there is something intrinsically, inherently important about our denominational institutions? If you think not, then you can skip this article and pick up another article instead.

I believe that there is something important here—within the pages of Canadian Mennonite, within Mennonite schools, our sending bodies, and our relief and development agencies. I believe that we, as churches, need to shift the way we talk about money, the way our organizations present themselves and the way we allow others to raise money within our congregations.

Fair warning: I am a fundraiser by trade, and I’ve spent most of the past 25-plus years in the non-profit sector, so I am biased. I am also committed to the church, having spent almost all of my life within Mennonite Brethren and Mennonite churches, in Canada and the United States. I believe our denominational institutions have something important to offer the world, something that requires time and resources to share.

Back when I was growing up, a few decades ago, the average congregational budget was focused on external giving, with 70 percent or more going to denominational organizations such as the mission board and the local Bible school. It was understood that Mennonite organizations were vital to our congregational life and were worth supporting. Certainly, people were free to give money to other organizations and international charities. And they did. During the 1970s and ’80s, I saw no shortage of photos of sponsored children on fridges. But the church focused its attention on its own, while it encouraged giving toward those causes as well.

This pattern of giving was entrenched long before I entered the scene, with a long history of school building and the sending of overseas workers. We seemed to understand intuitively the need to build up our parachurch organizations, so that they in turn would build up our congregations.

And I believe it worked. I grew up a child of Bible school teachers and camp directors, and our family’s “deputation” (church visitation) was simply part of the deal. During my elementary school years, I saw a lot of different churches throughout Saskatchewan and Alberta. Support for the various denominational institutions was there. The giving was baked into the church budgets, and people gave generously, glad to support their own. And the institutions thrived.

In time, patterns changed. I won’t delve into all the reasons for the shifts. But Mennonite churches started to move away from exclusivity, first in participation and then in giving. We began hiring pastors who attended non-denominational schools, we sent our kids to non-Mennonite camps and schools, and we supported the international work of a variety of parachurch organizations. Many were good places, and we gained much from our broadened exposure.

Then two things happened, at approximately the same time, to affect our support of denominational institutions:

We also shifted our congregational giving. Individuals no longer gave as much through their home congregation, and, in response to reduced giving and an increased local focus, churches altered their budgets.

Today, many congregations are hard-pressed to commit even 30 percent of their budget to parachurch or denominational organizations. As members give more outside of church budgets, churches have less to spend, and they have redirected more of their diminishing funds to local congregational programming.

This has created a challenging environment for Mennonite institutions. Perhaps they were too familiar to us. They were well-known to us—but not known well. We took them for granted and, at the same time, we didn’t allow them to market themselves well. And, frankly, many Mennonite institutions didn’t know how to market themselves well. When they did try, they were often chastised.

I have worked for a Mennonite high school, a Mennonite sending agency and a Mennonite international development agency; I attended four Mennonite schools and volunteered at multiple other organizations (including consultation on fundraising for Canadian Mennonite).

The patterns have been similar in all of them. At every one of those institutions, save one, I’ve heard one comment from donors: “Don’t spend so much on what you send me [to raise funds], save that for the ministry.”

So Mennonite organizations have been in a difficult place: reduced congregational, and then denominational support, but with limited freedom to promote themselves to their churches’ members.

You can’t have it both ways. You need to either commit to supporting your denominational organizations or you allow them to fundraise more intentionally within your congregation.

In the institutions, there is a parallel set of concerns. For too long, many of our organizations have seen themselves as “the church” and so were simply part of all that the church did. The expectation was that church members would give to the organization because of the denominational connection. And, 30 years ago, that was true. But in the intervening years, there has been a significant shift away from that loyal giving.

In addition to the congregational shifts, many among us have a deep and abiding mistrust of fundraising. We have a particular understanding of what fundraising is—and we don’t want it. The wife of my college professor, when she learned I was taking a public relations degree, said, “So, you are going to learn how to lie?”

Some years ago, I was working at a Mennonite organization and explaining to its board why it needed a full-time professional fundraiser. It was clear to the board that congregational giving, which had once been very regular and substantial, was dropping quickly; churches were hiring more staff and were also more willing to partner with non-Mennonite organizations to do ministry. Those outside organizations were committing substantial resources to marketing and fundraising, as they had no natural “in” with the churches, no automatic relationship. They needed to build those relationships and understood that took time and resources.

Some board members, despite having been recipients of that relationship building, refused to accept that the Mennonite organization might need to do the same. They saw it as somehow bad or shameful. One member, after hearing all the reasons why we should be more intentional about our relationships with our individual donors and supporting congregations, said to me, “But I don’t want to hire a used-car salesman.”

My apologies to those who work in the used-car industry, but the stereotype was clear: He didn’t want someone who would simply go for the money, because he was sure that is what fundraisers did.

There are two issues at play here. One is the negative reputation of fundraising within the church, and the second is the belief that good causes should simply receive the money they need, especially when they’re part of the church.

I understand the negative response to fundraising. There are many examples of aggressive sales techniques masquerading as fundraising. Why I value fundraising, and why I think it needs to be a key element of our organizations, and our churches, is that, at its core, raising funds is an invitation to ministry.

In The Spirituality of Fundraising, Henri Nouwen writes, “Fundraising is proclaiming what we believe in such a way that we offer other people an opportunity to participate with us in our vision and mission.”

When done well, fundraising creates a relationship between the donor and the fundraiser, as they together work toward the vision to which they have been called. An organization must have the confidence, and be given the freedom, to speak boldly regarding its mission, to invite others to come alongside. Too often, however, our churches have discouraged this boldness, wanting organizations to be humbler and more restrained. We chastise Mennonite organizations for spending too much money on materials that celebrate the good work being done or on talented people to tell those stories. And then we wonder why they are struggling.

We need to encourage our organizations to invest in that invitational work. “Those who need money and those who can give money meet on the common ground of God’s love,” writes Nouwen.

As to good causes automatically receiving the money they need: it no longer works that way, even if it once did. Good causes need good marketing, as we see all around us. What works in secular fundraising also works within the church. The same people who give to the local hospital, school or preferred medical research also sit in our churches. Long ago, we decided it was okay for major secular institutions to spend money on marketing, to create ad campaigns, to tell their stories and build relationships with us. Yet, somehow, we are not as generous with our own institutions, wanting them to restrict their marketing to the barest of efforts.

And so, although churchgoers in general, and Mennonites specifically, have a strong reputation for generous giving, we do not give nearly as generously as we could to our own institutions. This has significantly weakened our institutions, and thereby weakened our witness to, and our impact on, the world.

We Mennonites are called to shine our light, to proclaim boldly, to bear witness with confidence. But apparently not if it costs money.

Individual churches also need to tell stories of impact, to share within their congregations about the good work they’re doing. But that is a topic for another day. For now, let’s remember: If we believe we have good news to tell, then let’s tell it, and let’s encourage our institutions to tell those stories well, too.

Jon Brandt is a non-profit consultant, with a background in faith-based organizations and board engagement. He attends Toronto United Mennonite Church. For further reading, he recommends The Spirituality of Fundraising by Henri Nouwen, and Growing a Generous Church by Lori Guenther Reesor.

1. What are the Mennonite organizations that you support financially or with volunteer time? What is your reaction when fundraising appeals for these institutions appear in your mailbox? Is information about the institutions helpful? What fundraising projects has your congregation promoted or participated in?

3. Brandt writes that, “many among us have a deep and abiding mistrust of fundraising.” Do you agree? Why do you think this mistrust exists? Why might some people have a sharper criticism of fundraising campaigns by Mennonite organizations?

4. Fundraising that is done well invites donors to share in the vision and mission of the organization, says Brandt. Can you think of examples of fundraising that achieved this goal? Is it possible to do this well without spending money on professional marketing?

5. What do you think the future will be for Mennonite institutions such as camps, schools, publishing, or mission, service and development organizations? 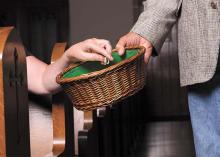 The author has missed one key element.

Another key component of that key element is the assimilation of congregational agenda to social justice activities which have polarized congregations and have had scores walk away. Among them key donors.

Donors will support leaders they believe in.