Meditations while sheltering in place 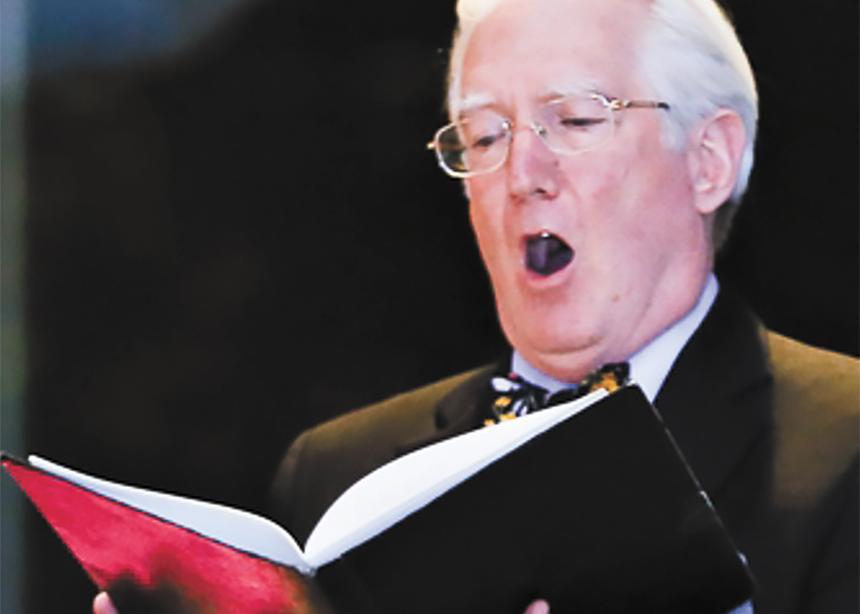 When an in-person speaking engagement at Point Grey Inter-Mennonite Church fell through earlier this year because of COVID-19, Evan Kreider began providing daily online meditations for the congregation and beyond. (Photo courtesy of Evan Kreider)

Evan Kreider was scheduled to speak at Point Grey Inter-Mennonite Fellowship in Vancouver in the spring of 2020. But the pandemic put an end to that, as life as we knew it changed. Group meetings were discouraged. The timing coincided with the church’s plan to depart the chapel of the Menno Simons Centre, a student residence, after more than 30 years. Closing church services seemed unthinkable.

Instead of speaking, Kreider volunteered to record a summary of his sermon scheduled for the next Sunday and post it on the church’s website. Finding that he enjoyed making the recording, he did another one.

“On a whim, I concluded by playing Rutter’s ‘The Lord Bless You and Keep You,’ and posting it on [Point Grey’s] website,” he says. “I had visions of doing such meditations during the COVID confinement, naively thinking it might last three weeks.”

Each meditation takes less than 10 minutes, including music. The format is simple: It follows the liturgical year, with an introduction to the music, the lyrics, a scripture passage and the composer. The music is varied each day, including Taizé songs, hymns, spirituals, classical and psalms, among others. The meditations draw on Kreider’s extensive experience as a musicologist, music historian and professor emeritus of music at the University of British Columbia, and his library has a wealth of music to choose from.

Music is selected for its lasting value. ”When music repeats a textual phrase in different ways, the composer is inviting us to have new thoughts about these words,” he says. Point Grey has always valued congregational singing, and this was one way to continue this tradition.

What began on a whim, and was expected to last a few weeks, has become a regular source of inspiration to many. Given the nature of the internet, it’s difficult to know how many tune into the meditations; it is possibly in the hundreds. Listeners are from elsewhere in Canada and the United States. Some listen daily, some periodically, some depending on the music.

Some people recommend specific music, others appreciate the background comments about the hymn and the author. “This is what I needed today,” one says.

Another says she listens to Kreider when she makes the bed each morning.

John and Frieda Sawatzky listen regularly. Says Frieda: “We appreciate these thoughtful meditations; the themes for each day are great. Being shut in, it’s a good way to start the day. What Evan is doing is important.” John describes it as “a free course in religious music that shows the richness of the church.”

While music often transcends the boundaries of faith, it serves the purpose of broadening people’s vision, enhancing their faith from the narrowness that characterizes so much of it. Point Grey has a history of congregational singing and currently misses the joy it produces, but the congregation doesn’t know when assembling will be possible, let alone when singing will resume.

In the meantime, congregants have Kreider’s meditations while sheltering in place.

People can either subscribe to Kreider’s daily emails with texts by emailing j.evan.kreider@ubc.ca or listen without the texts at pgimf.org/Services/Meditations. 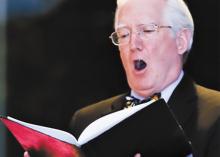 When an in-person speaking engagement at Point Grey Inter-Mennonite Church fell through earlier this year because of COVID-19, Evan Kreider began providing daily online meditations for the congregation and beyond. (Photo courtesy of Evan Kreider)

I was introduced to your meditations in late November by a high school friend, Paul Thiessen. It has been an intricate part of my evening devotion. You have guided my mind and soul to worship our Saviour. I look forward to the remaining meditations. Thank you so much! COVID has come with restrictions but The Lord has used this time to bless us through your special ministry. Many blessings to you and your loved ones, Esther