A meaningful way to dispose of unwanted Bibles 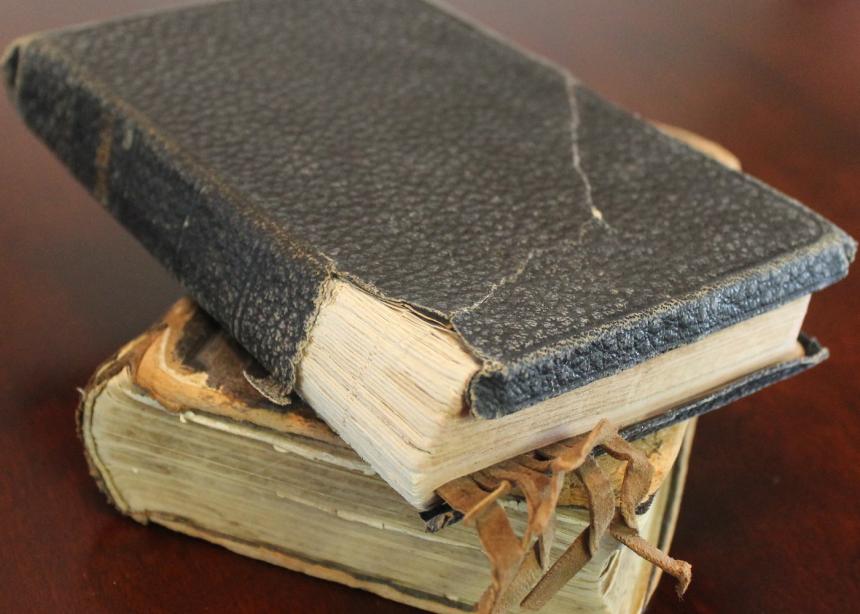 An old German Bible, top, and Gesangbuch, once treasured by their owners, are now part of Tim Martens Bible Collection Project. (Photos by Donna Schulz)

Tim Martens carefully unwraps a pair of tattered-looking old books. One is an ancient German Bible, its text printed in fine Gothic script, the other an old Gesangbuch or songbook.

The Duck Lake, Sask. resident believes these worn and frayed tomes, no longer wanted or needed by anyone, deserve to be treated with respect. To that end, he has begun what he calls The Bible Collection Project. He is collecting old Bibles and hymnbooks and storing them, for the time being, in a cabinet in his home.

Books that can be mended or aren’t too badly damaged can be given to missions, but those that are too worn or damaged are simply stored. When he has accumulated more than he can store, Martens plans to give the old books a respectful burial, offering words of thanksgiving for the role they have played in the faith lives of their owners.

Martens, who attends Eigenheim Mennonite Church near Rosthern, feels that most people wouldn’t want their grandmother’s old Bible to end up in a landfill or even in recycling.

He hopes that what he is doing will fill a need for those who are downsizing and don’t know what to do with these volumes. He is working with thrift stores in the area to arrange for collection and pick-up of old Bibles and Gesangbuchs. 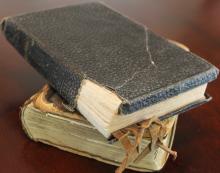 An old German Bible, top, and Gesangbuch, once treasured by their owners, are now part of Tim Martens Bible Collection Project. (Photos by Donna Schulz)