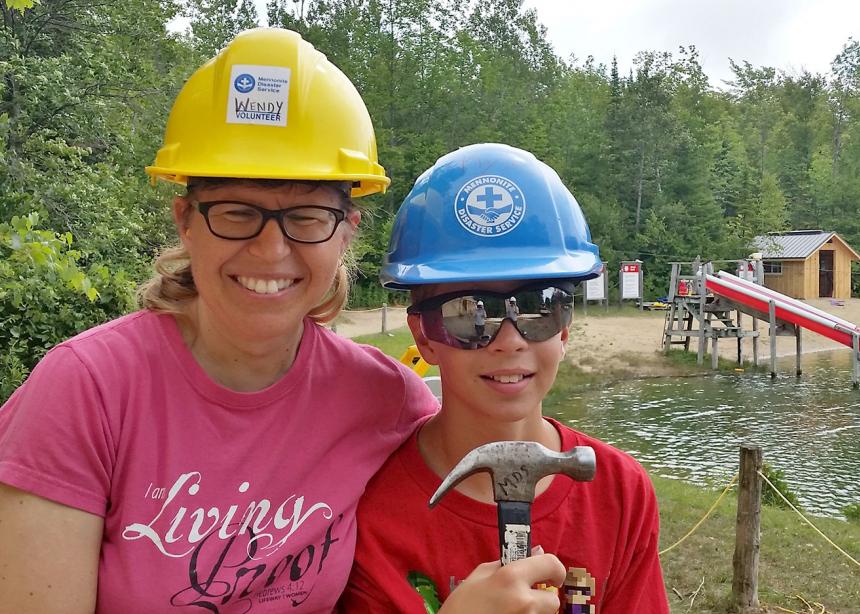 Mennonite Disaster Service (MDS) Ontario started discussions with Dave Erb, executive director of Silver Lake Mennonite Camp, over a year ago, to explore the possibility of partnering on a “family project.” The goal was to provide a service opportunity for families with younger children in a safe multi-generational setting while building new structures at the camp.

From July 24 to Aug. 13, 2016, eight families with a total of 20 children between 2 to 16 participated, including an Ethiopian family, a South Korean family, a family with two Haitian girls, and an Austrian family. Also involved was a Columbia Bible School MDS bursary student, Nikki Mueller, who acted as the office manager. Along with the families were an additional 20 adult volunteers who served from a few days to the full four weeks. The volunteers represented Mennonite Church Canada as well as Mennonite Brethren, Waterloo-Markham, Old Colony and Brethren in Christ denominations.

The crews built at five different sites, as well as at the camp maintenance shed, where wall panels, roof trusses and other items were fabricated. The work included enclosing an open camper cabin, building a new camper cabin from the ground up, building a new mini-cabin, and demolishing an old lifeguard hut and change room/storage structure and building new ones.

Meaningful work for the younger volunteers included assisting adult volunteers in measuring, marking, cutting, screwing and nailing on all the structures. Most of the siding was screwed on by the “little people” using the much-sought-after Dewalt drills and drivers.

There was also daily family time and evenings—especially during the super-hot days—to enjoy the activities at the swimming hole, and a Friday afternoon outing in Sauble Beach.

With files from Nick Hamm of MDS.