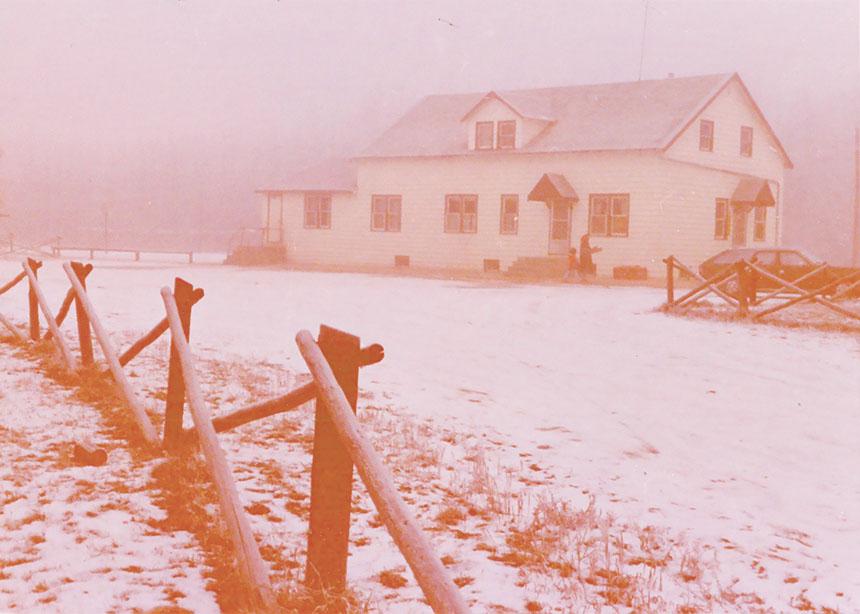 Mennonite Central Committee (MCC) supported an Indigenous boarding home that is under investigation by the Saskatchewan RCMP.

The Mounties say a complaint was made in 2020 about a death that potentially occurred at the Timber Bay Children’s Home at Montreal Lake, Sask., in 1974.

At the time, the home was operated by the Brethren in Christ Church, (now called the Be in Christ Church), with support from MCC, that supplied volunteers for the home, which housed Métis, First Nations and non-Indigenous children, from across Canada, from 1973 to 1990.

The home served as a school until 1969, when a school opened in Timber Bay and students went to that school. Some also went to a reserve school at nearby Montreal Lake First Nation.

No charges have been laid.

In a statement, Rick Cober Bauman, MCC Canada’s executive director, said, "We lament the pain experienced by residential school survivors and intergenerational survivors. We are committed to walking alongside Indigenous peoples seeking justice and will co-operate fully with any investigations."

Given the legal status of the case, Cober Bauman said MCC was unable to provide further comment.

Although the Roman Catholic, United and Anglican churches operated most of the residential schools in Canada, Mennonites were involved in a few of them.

From 1948 to 1968, Mennonites operated day schools at Pauingassi and Bloodvein in Manitoba, and in Alberta. For 24 years, from 1962-1989, the Northern Light Gospel Mission, a Mennonite organization based in the United States, operated a residential school in northwestern Ontario at Poplar Hill. A related organization, Northern Youth Programs, also ran two residential high schools at Stirland Lake and Cristal Lake, also in northwestern Ontario, in the 1970s and ’80s.

In 1997, both organizations apologized to Indigenous people for their role in residential schools. In subsequent years, the mission was re-organized, first as Impact North Ministries, then as Living Hope Native Ministries. The new organization issued another apology to students at Poplar Hill in 2013.

In 2014, MCC expressed regret for "our part in the assimilation practice that took away language use and cultural practice, separated child from parent, parent from child, and Indigenous peoples from their culture."

"We are aware that we have a long path to walk," MCC added. "We hope to build relationships with First Nations communities so that we can continue this learning journey and walk this path together."

A national Indian Residential School Crisis Line has been set up to provide support for former students and those affected. People can access emotional and crisis referral services by calling toll-free the 24-hour national crisis line at 1-866-925-4419.

John Longhurst is a faith reporter for the Winnipeg Free Press. Originally posted on winnipegfreepress.com on July 31. Reprinted by permission of the author. 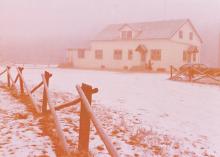 What are we apologizing for?

John Longhurst reports that MCC Canada involvement with sending volunteers in 1974 to work at the Indian residential boarding school at Timber Bay Children’s Home at Montreal Lake, Saskatchewan, is under investigation by Saskatchewan RCMP because of a report of a death which may have occurred there at that time.

MCC Canada executive director Rick Cober Bauman’s response was that because of its current legal status, it would be inadvisable to comment on the specifics of the case at this point, however he did say that “We are committed to walking alongside Indigenous peoples seeking justice.”

MCC Canada has previously (2014) made comment and apology for their participation in supporting Residential Schools, stating regret for participating in the “assimilation practice that took away language use and cultural practice, separated child from parent, parent from child, and Indigenous peoples from their culture.”

I think the apologetic responses from MCC Canada are a good first step towards addressing the genocide of the Residential School system, however they don’t seem to address the heart of the matter. These apologies do not include an open recognition that we attempted to “force Christianity” upon the Indigenous peoples in order to “civilize” them. The initiative of bringing Christianity to “godless peoples” was at the heart of the efforts of the Christian Churches in their participation in and support of the Residential School system. For this proselityzation, there seem to be no apologies available.

The 2015 Truth and Reconciliation Report addresses this aspect of Residential Schools in its Calls to Action #48 ii) which “calls(s) upon the church parties to the Settlement Agreement, and all other faith groups in Canada to commit to … respecting Indigenous peoples’ right to self-determination in spiritual matters, including the right to practice, develop, and teach their own spiritual and religious traditions, customs, and ceremonies.” Clearly, the Christianization aspect of Residential Schools had a deleterious affect on Indigenous peoples and their spirituality, and the TRC Calls to Action insist that the imposition of Christianity needs to be addressed.

The apologies of MCC Canada fail to address the negative aspects of imposing our Christianity upon non-Christian cultures. Carefully worded statements apologize for “assimilation practices,” “separation of child from parent,” and separating “Indigenous peoples from their culture,” however that is not the same as acknowledging that our insistent imposition of Christianity upon the spirituality of Indigenous peoples was an extremely harmful strategy/action.

It is not good enough that we vow to walk alongside “Indigenous peoples seeking justice.” At this point MCC Canada needs to take leadership within its own constituency regarding its actions past and present by reinterpreting the understanding of “The Great Commission” (Matthew 28) which seems to be at the root of the turmoil and destruction Christianity leaves in its wake, as is the case in the participation of the Church in Canada’s Residential School system.

Gordon D. Kaufman (d. 2011), a Mennonite theologian at Harvard Divinity School writes “In Face of Mystery: A Constructive Theology” (1995) that “traditional theologies must be questioned and imaginatively reconstructed to fit our current orientation in the world,” and posits that “a belief or a tradition should have real life positive impact for humanity, and if not, then it should be discarded.”

I think that this kind of imaginative reconstruction is long overdue considering our (Christianty’s) pell mell pursuit of converts since the inception of Christianity. The Great Commission needs to be reimagined positively or discarded entirely. At the very least it needs to be understood as one writer’s (author of Matthew) account a few generations removed from Jesus’ lifetime, and quite likely a concept of an early Christian/Church movement with political implications of the time.

The painful results of “Christianizing” the Indigenous peoples of Canada are readily apparent and attested to in the TRC and its Calls to Action. Mennonite church participation in this effort is also apparent, however MCC Canada’s recognition of the negative aspects of proselytization and indoctrination of peoples with other spiritual beliefs is less apparent. MCC Canada and Mennonite Church Canada still seem to be “missions” oriented.

When we fail to acknowledge fundamental problems with our (Christian) belief systems, then it doesn’t make much difference how much or how loudly we “apologize,” the more we say, the more things stay the same.