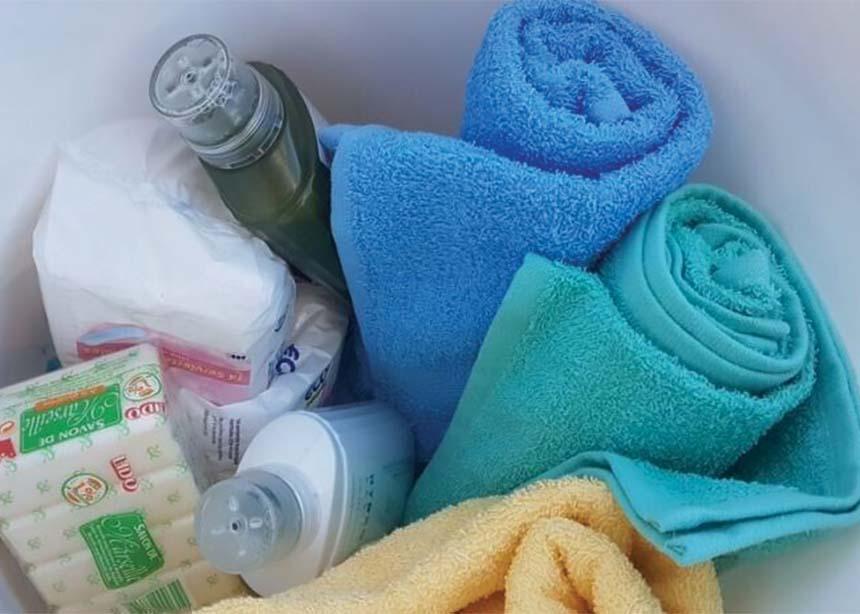 Pictured above is a Mennonite Central Committee relief kit filled with towels, shampoo, soap and other essential items. (MCC photo by Paula Holtzinger)

In January 2021, Mennonite Central Committee (MCC) Canada and MCC Manitoba declared that they would close their warehouse in Plum Coulee, Man., about 100 kilometres south of Winnipeg, and move material resource operations to New Hamburg, Ont.

The Manitoba and national MCCs jointly operated the Plum Coulee distribution centre since 2004 and MCC Manitoba didn’t have the capacity to operate the facility on its own. Several months later, however, MCC Manitoba announced that it was reversing its decision.

They had heard displeasure about the decision from supporters in southern Manitoba and encouragement for material resources activities to continue.

“There will also be 20 to 30 regular volunteers who will lose the opportunity to support MCC, as well as up to 300 volunteers for special projects . . . MCC has a lot of support here in cash and volunteers. That should count for something!” wrote Brian Derksen, a Plum Coulee resident, in a letter published in the March 15 issue of Canadian Mennonite.

The warehouse’s central location makes it accessible for volunteers who come from many areas in southern Manitoba and make volunteering a regular part of life.

“We knew there was passion and knew the decision would be unwelcome, but didn’t think logistics would be possible,” says Darryl Loewen, executive director of MCC Manitoba, who had been searching for a solution right from the beginning.

Then he heard the new warehouse owners were willing to create a new lease agreement that would allow MCC Manitoba to stay open in a smaller portion of the space and that Gord Letkeman was willing to continue his work in the warehouse on a half-time basis. “That’s when we realized that the pieces were there to continue this, and we were happy to do that.”

“It remains an important and enjoyable part of material resource life in MCC Manitoba,” Loewen says. 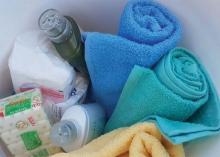 Pictured above is a Mennonite Central Committee relief kit filled with towels, shampoo, soap and other essential items. (MCC photo by Paula Holtzinger)