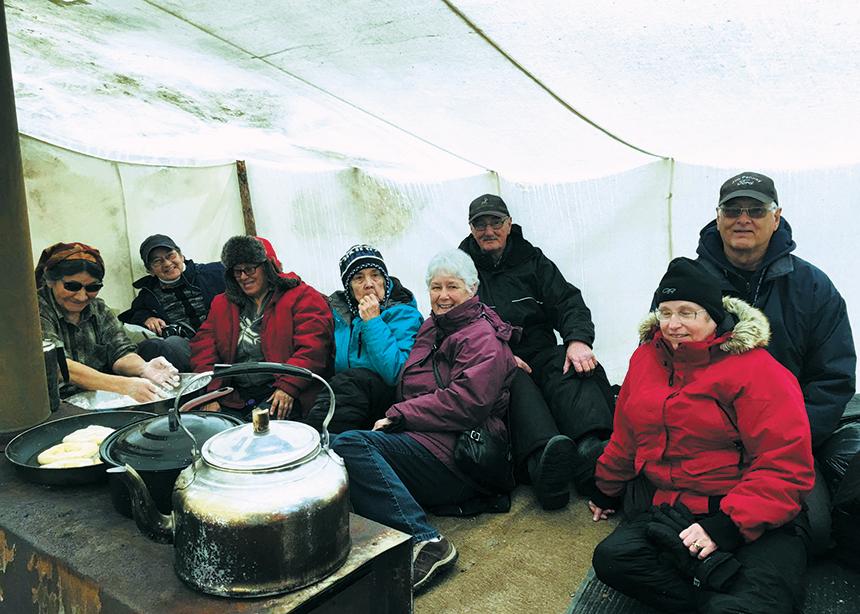 Mennonite Central Committee (MCC) Canada is cutting about $350,000 from its Indigenous Neighbours, Restorative Justice and Low German programs. The changes are driven by a decrease in thrift store income, a shift to more international spending, and a decision to “go deeper” rather than wider.

Rick Cober Bauman, MCC Canada’s executive director, says the thrift store shortfall is projected to be about $800,000 across Canada next year.

The shift to more international work involves a decision in 2017 to allocate 55 percent of undesignated donations to overseas programming, up from 50 percent. This is being phased in over five years, resulting in about $150,000 less for Canadian programs next year compared to this year.

Cober Bauman says that this shift reflects the fact that overall societal capacity to respond to need is greater in North America than abroad.

The double-pronged shortfall has led to numerous cuts. The 65-year-old Labrador presence will end as of March 31, the fiscal year end. Marty and Dianne Climenhage are the current MCC workers there.

In addition, MCC Canada’s national coordinator positions for Indigenous Neighbours, Restorative Justice and Low German programs—each the equivalent of one full-time position—will be cut. The Low German coordinator, James Schellenberg, retired last fall, and will not be replaced. Restorative Justice coordinator Randy Klassen and Indigenous Neighbours coordinator Diane Meredith will conclude their work in March. Miriam Sainnawap had shared the position with Meredith until last October, when her employment with MCC Canada ended.

The latter two decisions were made at a provincial level, related to the shift to more overseas spending. Programs in Quebec and the Maritimes are administered directly by MCC Canada.

On the positive side, Cober Bauman says that MCC Canada will expand the advocacy capacity of its Ottawa Office by about one full-time equivalent in the new fiscal year.

Also, since 2012, MCC's colony work abroad is coordinated in those countries, not from Winnipeg, thus reducing the need for the coordinator position.

Labrador
Elimination of the Labrador program, which historically focused largely, although not exclusively, on Indigenous relations, is tied to changes in the community and MCC Canada’s desire to “go deeper.”

Cober Bauman and his wife worked in Labrador with MCC in the late 1980s and early ’90s. At that time, the task was to “[come] alongside a community that was trying to find its voice, especially around low-level military flying," he recalls. Now, that community has found its voice and its voice is strong. The call for MCC to be in that community is not what it once was, he says.

He also notes the absence of MCC-supporting churches in that region, reducing the possibility of neighbour-to-neighbour relations. He feels the Truth and Reconciliation Commission’s Calls to Action emphasize work in settings where churches and individuals run into Indigenous people in their daily lives.

“Part of what we are signalling [with the Labrador decision] is that the work in provinces, where we invite churches and community groups into relationships with their Indigenous neighbours, is core to our response to the Calls to Action, and MCC Canada's role in strengthening our national advocacy voice around those issues is the value added that MCC Canada brings to that,” he says.

Ironically, in 1990, long before this age of reconciliation, MCC Canada had two full-time Native Concerns staff, a remarkable range of relationships with Indigenous communities across the country, and a budget of $360,000 in today’s dollars. Provincial MCC offices currently employ the equivalent of 5.5 full-time people in specific Indigenous Neighbours positions, half of that in Ontario.

The MCC Canada board has made a formal commitment to the Calls to Action, and Cober Bauman says, “This [current set of decisions] in no way is a diminishing of that; in fact, I hope it makes us stronger.”

Advocacy
Cober Bauman says that new strength is the planned increase in staffing at the Ottawa Office, with increased focus on Indigenous matters and Restorative Justice. He says of the shift from full-time coordinator positions in these two areas to half as much new staff capacity in Ottawa: “I believe that we can get stronger impact in these two areas with the investment in advocacy.”

The roll of national coordinators has been to “contribute to coalition work,” such as with Kairos, to convene national gatherings of provincial staff working in these areas, and to create some web-based materials.

Quebec
Noting another area of change, Cober Bauman adds that MCC Canada wants to “be a little bit more French-capable” than it has been, recognizing the significant constituency in Quebec. This is another example of going “a little deeper,” although, again, in an area experiencing staff reductions.

Speaking of what he sees as a key strength of MCC, Cober Bauman says that “people involved with MCC feel like they are touching the needs of the world in a very real way . . . and I think these changes are consistent with that.” 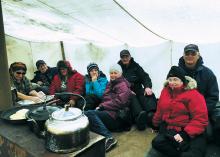