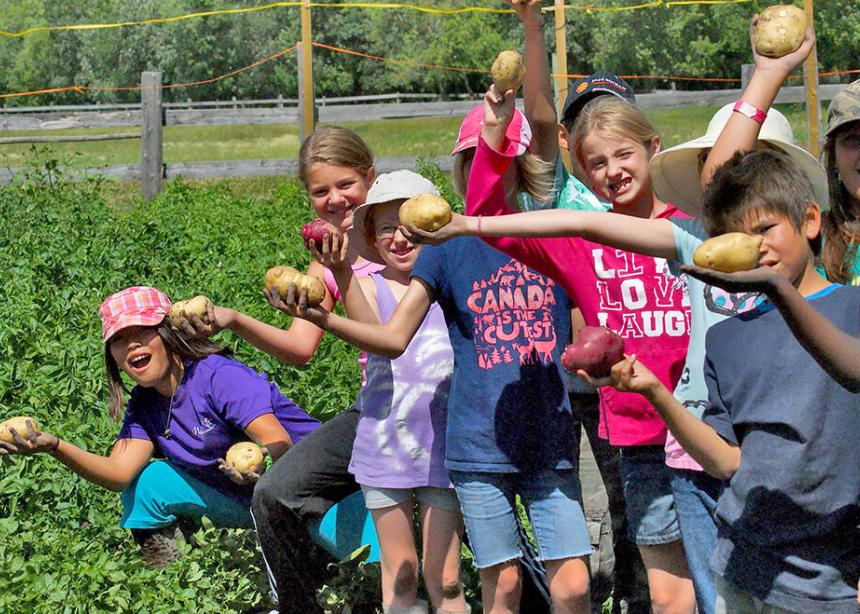 Mennonite Church Manitoba has a new vision for its camping ministry, one that involves relinquishing two of its camps and significantly improving the third.

“The question was, how do we ensure the camping ministry remains sustainable in the years to come,” said Dorothy Fontaine, MC Manitoba’s director of mission, on Oct. 26, 2015, at the fall delegate meeting. “That means everything from financial sustainability to, are we going in the spiritual direction God is leading us in?”

One of the challenges the camping ministry has faced in recent years is a decline of about 100 fewer campers per year. Part of that is due to challenges of communicating with campers outside the area church constituency. At one time, 70 percent of the campers were from MC Manitoba churches and 30 per cent were not. Now those figures are reversed.

According to the new vision, MC Manitoba will relinquish Camp Moose Lake and Camp Koinonia. The area church is negotiating with two groups, each of which is interested in either owning or managing one of the camps. MC Manitoba would  then rent the camps from their new owners/managers during the summer months, in order to continue its regular summer camp programming.

At the same time, MC Manitoba wants to repair some deteriorating cabins at Camp Assiniboia and upgrade other facilities. The camping ministry’s new vision is to “nurture the spiritual growth of the next generation, and also to create spaces, resources and opportunities for [MC Manitoba] churches to explore and align with God’s reconciling mission to ‘gather all things in him’ (Ephesians 1:9-10). Our vision seeks to embrace God’s remarkable mission through self-reflection and prayer, learning and thoughtful dialogue, relationship-building, and acts of love and service.”

Some of the ideas proposed in the vision document include:

The vision document outlines a series of developments that would happen in stages. While the overall proposal for Camp Assiniboia is still in the discussion stage, a few urgent renovations are set to begin this spring. Mennonite Disaster Service will be replacing the camp’s deteriorating circular summer cabins with all-season cabins that can accommodate families and rental groups. The new cabins will include wheelchair-accessible washrooms and showers. Two dorm-style rooms on both sides of the mini-conference centre will also be converted into four private rooms. The renovations will increase the camp’s rental capacity by at least 25 people and make it more accommodating for group rentals. The camp estimates it turned away $132,000 worth of rental business last summer due to a lack of space.

Plans are also in place to move the pool and ropes course out of the flood zone of the Assiniboine River and to construct a floating dock for fishing and boat rides.

“I think this is a really exciting venture,” said Ken Warkentin, MC Manitoba’s executive director. “It’s not a new venture because the emphasis is going to continue to be on children’s camp, youth and faith development—but the added dimension of congregational mission going into this is very exciting.”