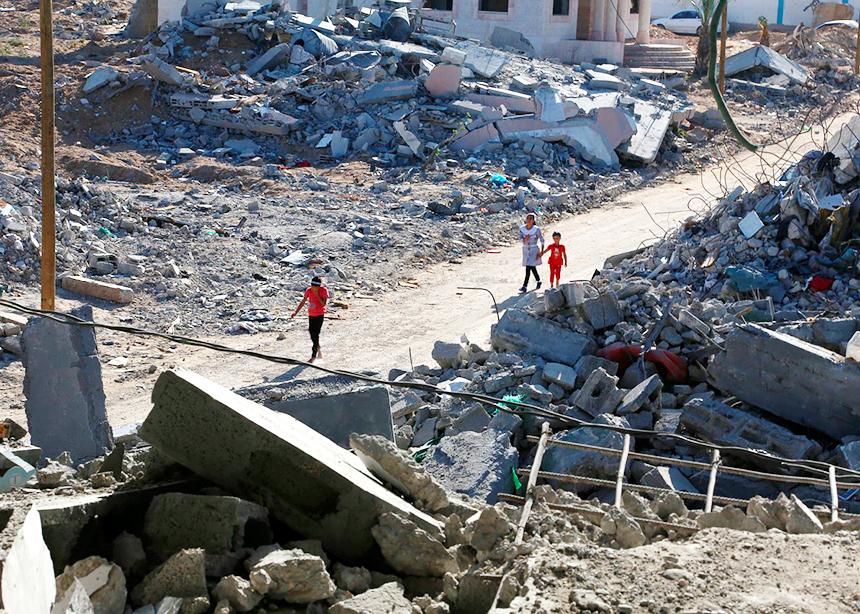 In July 2016, Mennonite Church Canada passed a resolution regarding Palestine-Israel. The resolution was brought forth after more than 60 years of Mennonite service in the region and in response to the calls for justice from our Palestinian Christian brothers and sisters through the 2000 Kairos Palestine Document, “A moment of truth,” to end Israel’s illegal occupation.

As a people rooted in Anabaptism, we remain committed to peace and living in right relationships with all of humanity. Our peace witness requires accountability, and therefore we write this statement with grave concern over the situation in Gaza, in particular within the last three weeks.

On March 30, 2018, on the commemoration of Land Day (the 42nd anniversary of the 1976 protest by Palestinian citizens of Israel against the expropriation of their land in Galilee, during which protesters were met with the military, who killed six unarmed protesters and injured 100), tens of thousands of Palestinians in Gaza embarked on a nonviolent protest to enact their right of return, which is part of a larger campaign called the Great March of Return. (In accordance with UN Resolution No. 194, passed after the war of 1948, Palestinians have the inalienable right to return to their home and their lands taken in 1948. Israel has denied them this right, resulting in millions of Palestinians living in refugee camps until this day.)

As protesters marched toward the border, they were met with severe repression from the Israeli military. Protesters faced tear gas shot from drones, rubber-coated steel bullets, and live ammunition from snipers. Twenty-one unarmed protesters were killed and more than 1,200 wounded, causing a state of emergency to be declared in Gaza hospitals.

One week later, in a follow-up action, Palestinian protesters marched to the border. Again, they were faced with excessive violence from the Israeli military. Eight unarmed protesters were killed. Included in the deaths is local journalist, Yaser Murtaja. Murtaja, who was covering the protest wearing a vest with “Press” written in large letters across the front and back. Murtaja was killed by a bullet from a sniper. The targeting of journalists is in contravention of international law.

We support and stand in solidarity with the nonviolent protesters in Gaza. In response, we condemn the Israeli military’s actions in killing unarmed protesters and targeting journalists. We express grave concern over statements by Israeli Defense Minister Avigdor Lieberman, who stated to the press, “There are no innocents in Gaza.”

While we express our concern over the events of the last few weeks, we recognize that Gaza has been in crisis for far longer. In 2007, Israel imposed a blockade on Gaza, forbidding the entry and exit of certain products, as well as imprisoning the entire population. Due to the blockade, Gazans have not been able to rebuild most of what was destroyed during the three wars on Gaza. Without adequate electricity, hospitals have been unable to run at full capacity, while medical workers say they are quickly running out of medical supplies. Meanwhile, Gaza’s water table has been destroyed. The United Nations has stated that if the blockade continues, Gaza will be unlivable by 2020.

MC Canada’s resolution on Palestine and Israel states: “We encourage the government of Canada to support measures that put pressure on Israel (including through economic sanctions) to end the occupation and work for a just peace, in accordance with international law.”

To implement this call, and in the necessity of accountability, we call upon the Government of Canada to put pressure on Israel to abide by international law through economic sanctions. As a peace church, we do not advocate for military intervention. However, the violence that Israel is imposing needs to end; through sanctions, this accountability can be carried out nonviolently.

Accordingly, we call upon the Government of Canada and all political parties having representation in Parliament to: 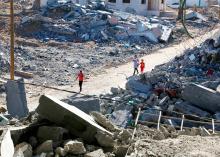