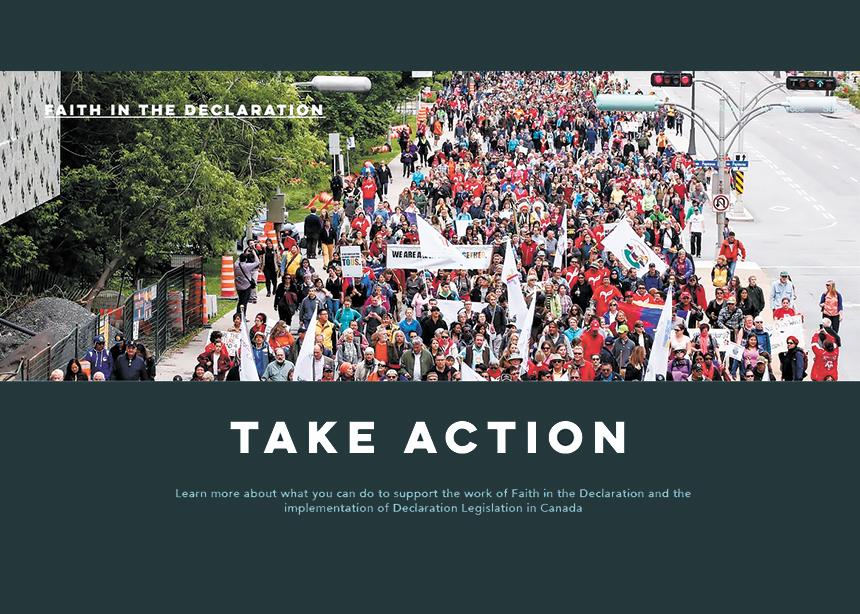 “I don’t think that anybody can relax until we actually hear the words ‘royal assent.’ I think we have to be all over this,” says Jennifer Preston, general secretary for Canadian Friends Service Committee (CFSC), the peace and social justice agency of Quakers in Canada.

Preston is referring to Bill C-15, “An Act respecting the United Nations Declaration on the Rights of Indigenous Peoples” (UNDRIP). Much like its predecessor, Bill C-262, which was filibustered by Conservative members of the Senate and died on the table in June 2020 on National Indigenous Peoples History Day, Bill C-15, if enacted, would ensure that the Government of Canada takes measures to ensure that Canadian laws are consistent with UNDRIP. The government would also need to establish an action plan that outlines implementation of the Declaration’s principles.

Unlike Bill C-262, which was a private member’s bill put forward by Cree MP Romeo Saganash in 2015, Bill C-15 is a government bill, which means the opposition does not have the same powers to delay it. However, in a webinar hosted by Faith in the Declaration on May 4, Murray Sinclair, the former Truth and Reconciliation (TRC) commissioner and senator, said the Conservatives are still trying to delay action by overwhelming the standing committee with witnesses.

“This is tolerated by the government, and it shouldn’t be,” Sinclair said in the webinar. “They should exercise their legislative authority to ensure that while there are fair hearings relevant to the bill, that it is processed before this session ends and an election is called.”

The bill passed in the House of Commons on May 25 and was passed on to the Senate, where it needs three readings and then royal assent, the final stage of the legislative process, by June 25, which is the last day that the Senate will meet before summer recess.

CFSC, along with Mennonite Church Canada and numerous other faith organizations, is part of Faith in the Declaration, a coalition committed to supporting the implementation of UNDRIP. In May, the coalition submitted a brief to the senate committee reviewing Bill C-15 and has written a letter to members of parliament.

“Given the historic role of churches in the dispossession of Indigenous peoples, it’s vital that faith communities support the rights articulated in the Declaration,” says, Steve Heinrichs, MC Canada’s director of Indigenous-Settler Relations. “The Truth and Reconciliation Commission has called us to this work, together with all Canadians. That’s why we wrote the Senate. Bill C-15 is about decolonizing and transforming Canadian laws so that we can bring healing to the nations.”

He adds, “If Declaration legislation doesn’t get through this time, I’m not sure when we’ll get another chance. So now’s the time to act. Together, we can make it happen!”

Update (June 18, 2021): Hours after this story was posted, Bill C-15 passed third reading in the Senate. The final vote was 61-10, with nine senators abstaining, CBC reported. 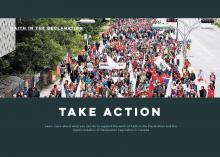 i suspect for the vast majority of mc canada members this is a non-event.

perhaps it is more accurate to say that mc canada activists and employees rally round.