Many hands make the work doable 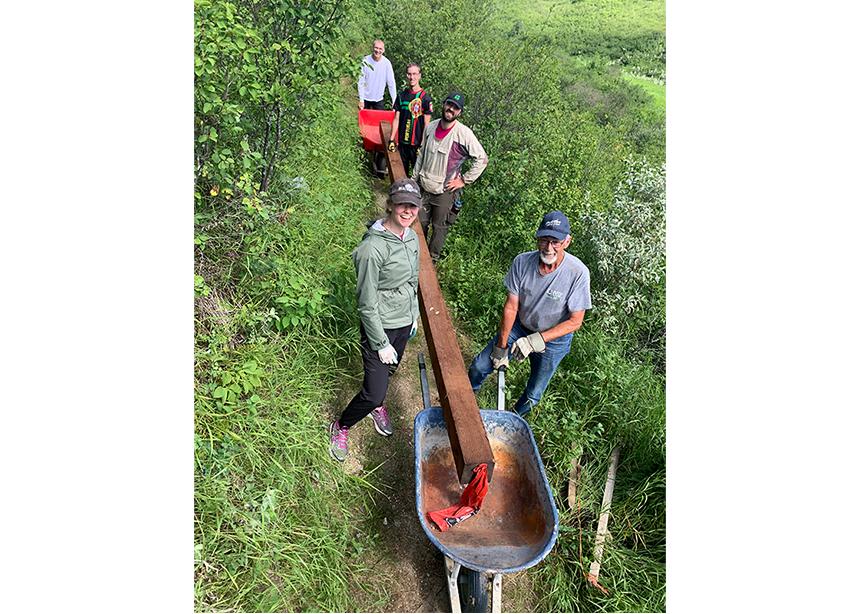 At Shekinah we struggle to sit still. When we decided to shut our doors in March 2020, in response to the coronavirus pandemic, it not only felt foreign, it also felt wrong. It is much easier to work harder to try to solve a problem than it is to wait, watch and be still. What we have found as a staff is that slowing down and letting go has opened up new opportunities.

While the staff was laid off, nature took over. Trails were harder to find and the grass became more appealing to mosquitos. In order to keep up with general maintenance, Shekinah invited volunteers out for a much-needed workday.

Volunteers got to work on cleaning cabins, mowing grass and pulling weeds. One of the other tasks set out for the day was beginning a new project to build a new bridge on Shekinah’s Ravine Trail. This work involved bringing large beams out to the bridge-building site.

Now anyone who has enjoyed Shekinah’s Ravine trail will know that it is impossible to get even a small vehicle on this trail. So, in order to get the three-metre beams two kilometres to the building site, we needed to get creative.

I would ask you to imagine with me what this process looked like, but we have a photo that will do the trick. It took no less than five people to carry, steer and manoeuvre the post down the windy trail. Two people steered at the front, one pushed at the back, and as many hands as we could get to alleviate the weight in the middle of the beam.

This is an example of how Shekinah has approached the pandemic. We know we want to get through this and we know it will be difficult, but with many hands the work is doable.

Over the past few months, the staff has witnessed unbelievable support from the Shekinah community. We are uplifted and hopeful as we live through this difficult time. 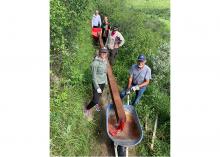