Making the time together good 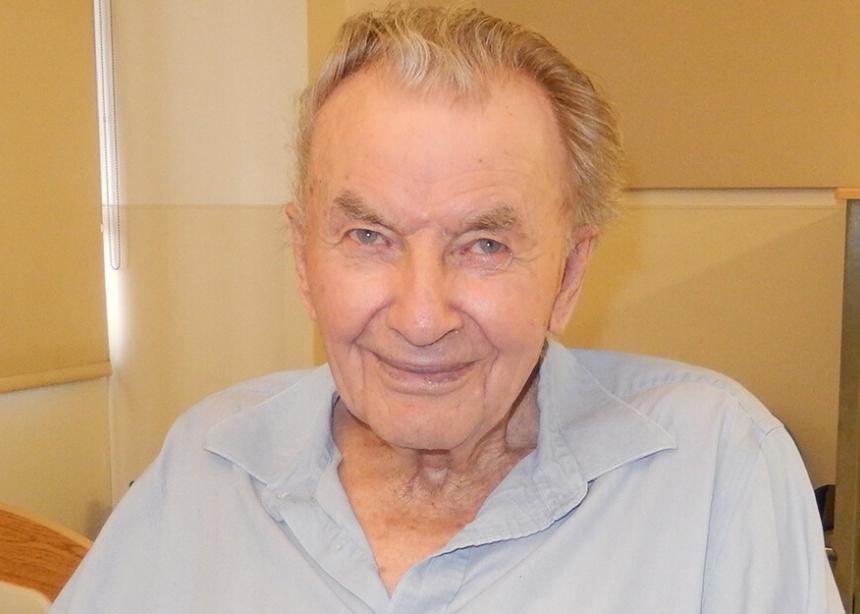 Sleeping soundly with his legs pulled into his hunched frame, my grandfather was comfortable before I woke him.

He made a statement about it being early for me to be there and then proceeded to unbutton his shirt. His effort to prepare himself for a new day by changing his clothes showed his detachment from the setting sun outside his window. This was also an indication of his mental state.

Time and reality are altered concepts for many people living with dementia.

In a low, raspy voice my grandfather, Peter Warkentin, told me about his day. He was “working on a project as a family,” he said. “I was fooling around in the house, which is not what a man like me should be doing.” When I asked him what he believed he should be doing, he said, “Something that pleases and honours God.”

My grandfather’s faith has always been important to him. He has a strong Mennonite background and used to attend Salem Community Bible Church. He has always been a very giving man and he embodied his faith by volunteering at Siloam Mission, a soup kitchen in downtown Winnipeg.

Over the past six years, Melita Rempel-Burkholder, the chaplain at my grandfather’s care home, has witnessed a gradual decline in his physical abilities, but says his faith has remained strong. I agree. My grandfather still shares his daily devotional books and is always concerned about the faith lives of his family members. He no longer reads his Bible as much as he used to, but the passages resonate with him just the same.

During weekly chapels offered at the care home, he especially enjoys the hymn singing. He also finds comfort and peace in the rhythm of Mennonite traditions.

The Winnipeg Regional Health Authority classifies Rempel-Burkholder as a spiritual health specialist, but she prefers to refer to herself as a chaplain because it resonates better with the residents and their families. She is both an advocate for, and companion of, the residents when she visits them for prayer and conversation.

She wishes she could have known these people earlier in their lives. I understand this desire. The frail man curled up in bed is a fragment of the person that always greeted me cheerfully and drove me to school once a week when I was growing up. I now drive the car that used to belong to him, and I have to remind him of my name.

“The more you know about it [dementia], the more it helps,” Rempel-Burkholder said. “But it doesn’t matter in relationship.”

Sometimes my grandfather speaks as if he just moved off the farm. He is under the impression that my sister smashed his car and, in his mind, he doesn’t need his wheelchair that I sat in as we talked.

Concerns from the past also live on. My grandfather’s desire to have all the bills paid and to be debt-free were things he brought up often.

“It’s interesting to me, this preoccupation with money,” Rempel-Burkholder said. For her, it is a hint of the insecure financial past of a sometimes overly generous man.

Although he no longer has any reason to worry, it is easiest not to correct him in his misconceptions. However, it is not easy to acknowledge that the charitable donations he wishes to be making are simply not possible.

Powerless towards his own desires and his own mind, he must rely heavily on assistance from the staff at his care home. People like Rempel-Burkholder can help to make his voice heard.

As I prepared myself to leave, my grandfather thanked me profusely for my time, a reflection of another way he hasn’t changed. Just as he has remained faithful, he also continues to be gracious.

I think Rempel-Burkholder put it best when she told me, “The value of a visit is in the moment and the feelings that are left.” No matter where my grandfather is, it is important to be with him in that moment, and to “make those moments good.”

Amelia Warkentin, 20, lives in Winnipeg and attends Bethel Mennonite Church. She is a second-year communications student at Canadian Mennonite University. 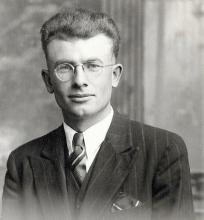 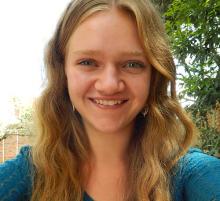