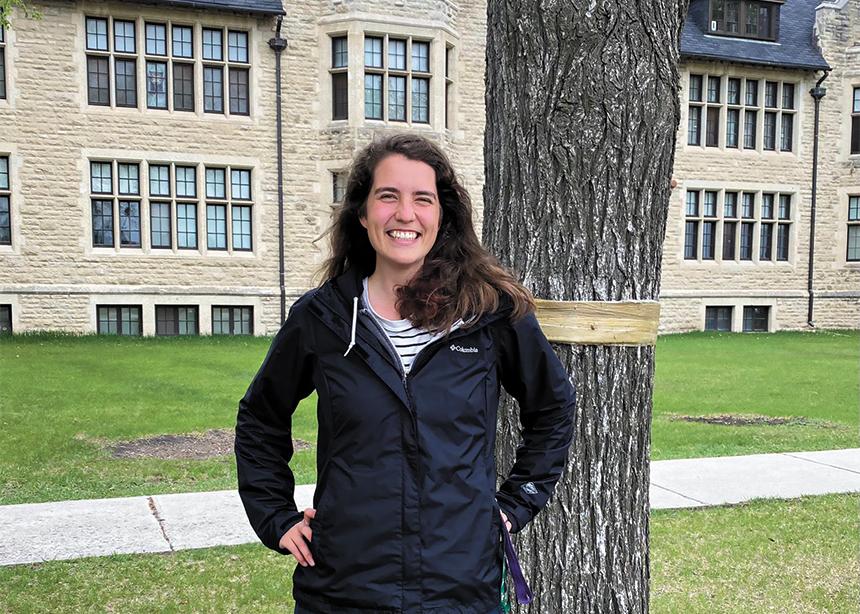 Kari Miller recently graduated from CMU with a degree in thanatology – the study of death. (Photo courtesy of Kari Miller)

When Kari Miller tells people her major in university, they either look uncomfortable and walk away, or begin sharing deeply personal stories. That’s because she studied thanatology—the study of death.

“Death is a fascinating subject, but also a very scary one for many people,” she says. “I think a lot of us fear death and the pain and grief that comes with it, and don’t always know how to engage with it.”

Miller, originally from Portage la Prairie, Man., graduated this year from Canadian Mennonite University with an interdisciplinary degree. She decided to focus on thanatology after the untimely death of a close friend. As she worked through the heavy loss, she realized that she wasn’t equipped to face death. “The question kept arising, ‘How do we grieve well?’” says the 23-year-old, who attends Home Street Mennonite Church in Winnipeg.

She was fascinated by the question of what it means to be human, to live and die well. Reflecting back on courses she had taken so far, like introduction to sociology, pastoral care and counselling, children’s literature, and philosophy of biology, she realized that almost all of her final papers incorporated the theme of death.

She learned that society isn’t structured to make space for grief.

“It felt like the question of what do we do with suffering wasn’t able to be met in our society, where we’re so focused on what we can achieve and accomplish,” she says. “Any room for pain and for sitting with people in sorrow, and for saying the sorrow is actually valid . . . wasn’t there in a culture that’s always going on to the next thing. . . .

“What I’m trying to do with my degree is make space for conversations around pain and grief, in the hopes that we can transform and grow through them, and turn them into a new source of life.”

People can learn from the cycles of life and death acting all around them in nature. Green shoots in spring and summer follow fall and winter decay.

“Even in compost, where you’ve got such nutrient-rich compost coming out of death, . . . we can see that narrative in the life of Christ and the death and resurrection,” Miller says.

Connecting with creation, from which the digital culture has distanced people, can help them learn how to grieve and know they “are part of a greater circle—this beautiful world that God has created,” she says. “If we can feel God in creation and understand that God is there, then we can also see that God is present in life and in death.”

Holding grief collectively is also important, she says, adding: “I think often when I talk about my responses to death and to grieving, central to that is the act of solidarity and being with other people. . . . [It] is essential and, in a sense, that’s also where the presence of God can be felt.”

This year of COVID-19 has made death a constant presence in the collective consciousness.

“Looking at COVID and the pain people are suffering, and the trauma that’s happening, my question becomes: ‘What does it mean to find new ways of wellness and how do we hold this grief well with each other? What are ways we can deal with our grief now, so that we’re not focusing on just waiting for it to be over?’ ” 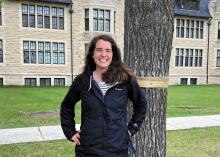 Kari Miller recently graduated from CMU with a degree in thanatology – the study of death. (Photo courtesy of Kari Miller)