Making room for God to work 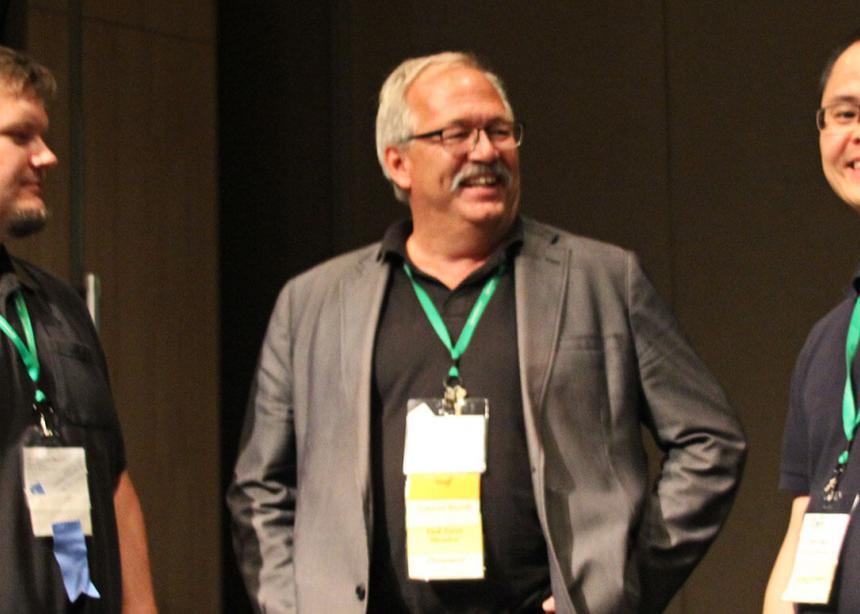 Willard Metzger’s mother was the janitor at the Glen Allan Mennonite Church (now closed) northwest of Waterloo, Ont. Now executive director of Mennonite Church Canada, he remembers being in the parsonage with his mom and going into the pastor’s study. Barely able to look over the edge of the desk where a beam of sunshine shone on its surface, he thought, “Someday I’m going to be a pastor.”

But for Metzger the call was not only to pastor the local church. When he was ordained years later he made sure that his ordination promises included a sense that the “church” also included regional and national bodies. He “battled with this.” As a “humble Mennonite,” what right had he to think that his call was to the national church? Was he being proud? He actually asked God to purge him of this desire.

Fast forward a few years and Mennonite Church Eastern Canada was looking for a chair for its Missions Commission. Instead of putting himself forward, Metzger pushed the desire down. A year later the position was still open and he felt God again saying “This is for you.” So he volunteered. That position put him onto the national mission board. When Mennonite Church and General Conference Mennonite Church amalgamated and Mennonite Church Canada was created, he became chair of the new Witness Council for nine years. “This,” he says, “gave me visibility on the national scene and I think contributed to an eventual invitation to the executive director position.”

During those years, Metzger left the pastorate at Community Mennonite Fellowship in Drayton and joined the team at World Vision Canada. It was while leading a team to partner in development work in Haiti that he landed in Port-au-Prince on January 12, 2010, just hours before the 7.0 magnitude earthquake devastated the country, particularly Port-au-Prince. With no medical training he stayed with the team from Canada, feeling that his place was to keep them safe and grounded. Meanwhile his assistant was out helping through the night, and in the morning Metzger joined the team bandaging and splinting. But there was almost nothing they could do and he felt absolutely helpless in the face of the wounded and dying.

“What died for me in Haiti was my desire to be a hero,” he says. In many ways it was preparation for a few months later, when he took his current position and MC Canada entered into both the Being a Faithful Church and Future Directions work.

Part of Metzger’s call to ministry, including the national church, is to not strive for success. Success in the North American Church is measured in growth he says—growth in budgets, programs, membership and in the size of buildings. Such “success” is seen as a measure of God’s blessing. Decrease, seen as failure, is seen as a sign of God’s displeasure. But Metzger has come to believe that the more the church can give up its signs of success, the more room there will be for God to build something new and better.

“There is nothing I can do which will kill the church” is a promise he has from God. But that does not mean that God will protect the church from suffering. “Maybe God wants a failure,” he mused. He believes that “it is amazing what you will see if you open yourself to not be constrained by a need to succeed or to self-protection—those limit sight and openness to what God is doing.”

“God wants us to become less encumbered; to go back to the wilderness,” he says. This is missional thinking at its extreme—getting rid of our plans and ideas and looking for where God is already at work in the world, to join God in that work. He actually sees it as a temptation to give people a vision at this point in time. Like the Jewish exile, it could take years before it becomes clear what God is doing and we know how we are to join God. This is not expecting a specific future but trusting that God is with us now, whatever is happening.

This is what sustains him as he leads MC Canada in this time of unknown change: God is with us and has a future with hope for the church.