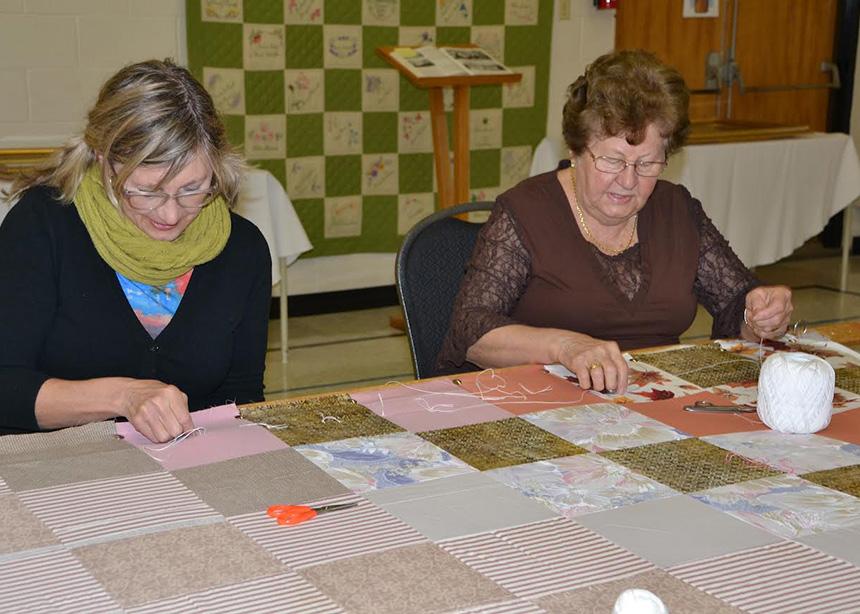 Mother and daughter Marion and Irene Griese work together at a comforter at Niagara United Mennonite Church on March 26. (Photos by Emily Fieguth)

Niagara United Mennonite Church called its congregants and neighbourhood community together to tie comforters in the church basement on March 26. Advertisements in the local newspapers and in church bulletins invited anyone interested to gather for the morning.

Emily Fieguth worked together with the church’s Women in Service volunteers to set up 10 quilting frames in the basement, with four to six people working at each comforter.

“The women have a room at the church with lots of pre-assembled quilt tops and bottoms ready for tying,” she said, which were used up during the daylong event.

A blanket was on display in the basement that had been given to a young woman through MCC in 1947, as she was on her way to Paraguay. This elderly woman, now in her 90s, has many stories to tell about the experiences of her quilt.

About 75 people came out to tie comforters, with two-thirds of them coming from the community; 20 blankets were completed by the end of the day. A couple with two young children were there with their mother and grandmother. Several high school students came at the invitation from their Sunday school teacher. A grandmother brought her grandsons. No prior experience was necessary to take part.

Moses Moini, migration and resettlement program coordinator in the St. Catharines MCC office, has lived through two wars in South Sudan. Of the situation in Ukraine, he says, “I have never seen anything of this magnitude of destruction in such a short time before.” He thanked everyone for coming out to give of their time and said the comforters would be going to the Ukraine.

Fieguth shared that a couple from the community, who had owned a quilt store, had been holding onto their supplies, waiting for the right place to donate them to. After seeing the article in the paper about the March 26 event, they brought finished quilts, finished quilt pieces and rolls of fabric to the church.

Four other people from the community returned the following week to continue tying, after participating in the March 26 event. 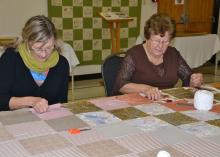 Mother and daughter Marion and Irene Griese work together at a comforter at Niagara United Mennonite Church on March 26. (Photos by Emily Fieguth) 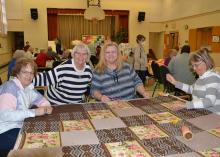 Women from the Westview Centre4Women work on the comforters. 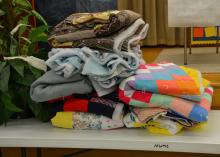 A pile of comforters created at Niagara United Mennonite Church on March 26. 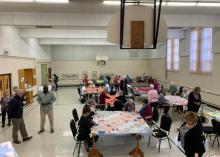 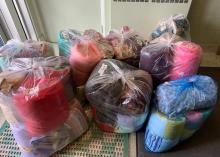 Bags of comforters ready for delivery to Mennonite Central Committee.