We may put divisions between ourselves and others, but Jesus shows us a different way 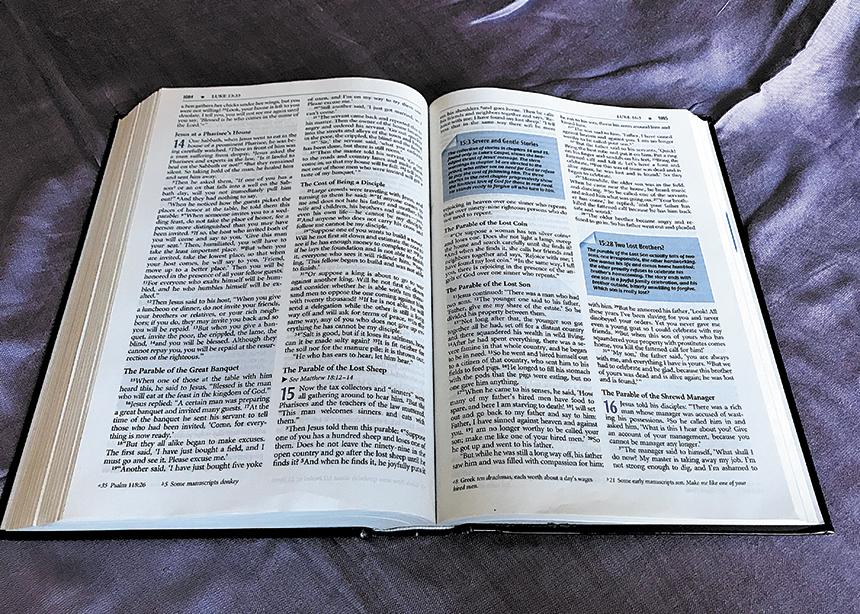 Luke 15 includes three stories about being lost and found that all tie together. (Photo by Aaron Epp)

These boundaries may help us to define who we are, but they also can lead us to assume we know others based on appearances. Most of the time, if people aren’t like us, we consider them lost.

Are you conservative or liberal? Are you pro-life or pro-choice? Are you LGBTQ-affirming or traditional? What’s your race, your favourite sports team, your gender, your religion, your favourite ice cream flavour?

Let’s think about the church. We have thousands of denominations, all boundaries that we set up so we can say that we are right and others are heretics.

There are people who are “in” and “out” when it comes to our boundaries, and, of course, we think that everyone who’s “in” with us is right. Those who are “out” simply need to see things our way and then be found.

Jesus has something to say about this. Luke 15 includes three stories about being lost and found that all tie together.

First comes the story of the shepherd who cares so much about one sheep that wanders off, that he leaves 99 others to find it and bring it back to the flock.

The second story is of a woman who has 10 silver coins and loses one. Instead of counting it as lost, she searches the whole house until she finds it.

The third story is about the prodigal son. A father who has two sons was asked by the one to give him all his inheritance. The father agrees, and the son goes away and wastes it all on useless things. After reaching rock bottom, the son returns home, to be greeted by the loving embrace of his father.

All three stories are about being lost and found, and all three stories end in celebration because what was once lost is found. The shepherd, the woman and the father rejoice with their neighbours and families, except for the brother of the prodigal son. He’s angry that his father would welcome his lost brother back and throw him a homecoming party. The father tries to convince him to join the party, but he sulks and refuses to celebrate.

Boundaries can be helpful in many ways, but in other ways they unnecessarily divide us. We are often just like the second son, believing we are right in excluding others from being found. We like it when we can define who’s in and who’s out. Then we know who’s on our side and who we can hate and put down.

The transforming power of the gospel of Jesus is that enemies become friends and boundaries are destroyed. We must all realize that we have been welcomed into the family of God. It wasn’t of our own doing so we can’t take any credit. If we have been welcomed in, we have no right to sulk when God welcomes others in, even if they are the long-lost brother or sister we despise.

There’s another lesson we get from the text that may make us feel even more uncomfortable. It comes from the context in which these stories are told. This is why Jesus told the parables: “Now the tax collectors and sinners were all gathering around to hear Jesus. But the Pharisees and the teachers of the law muttered, ‘This man welcomes sinners and eats with them’ ” (Luke 15:1-2).

If there was any group in the time of Jesus that considered itself “in,” it was the Pharisees. They knew the law by heart and thought they knew exactly where to make boundaries. The unclean had no place in their presence, or in the family of God for that matter.

Luke 15:1 shows us that Jesus crossed the boundary and was hanging out with the kinds of people that the religious leaders considered lost. How is this possible? Doesn’t Jesus know that these people are “out” and not worth the time?

The Pharisees started to sulk. If Jesus truly was someone special sent from God, shouldn’t he be hanging out with them? Jesus saved his harshest criticism for the religious leaders of his day, showing them that they were actually the lost, because of the boundaries they had set up.

Whenever we think we are right and that God is on our side, we need to remember that Jesus doesn’t take sides. He came to seek and to save the lost. Sooner or later, we’ll need to learn that we, too, are part of the lost.

As soon as we try to convince ourselves that we are “in” and others are “out,” may we remember that Jesus calls us to a radical love that bridges boundaries and never counts anyone as too far gone.

Moses Falco is the pastor of Sterling Mennonite Fellowship in Winnipeg. This article originally appeared in a longer format on his blog at mosesfalco.com. 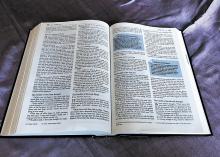 Luke 15 includes three stories about being lost and found that all tie together. (Photo by Aaron Epp) 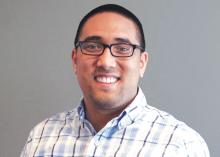