A loss and a disappointment

Plum Coulee Bergthaler leaves area, national churches over the ‘erosion of the authority of God’s Word’ and gay wedding 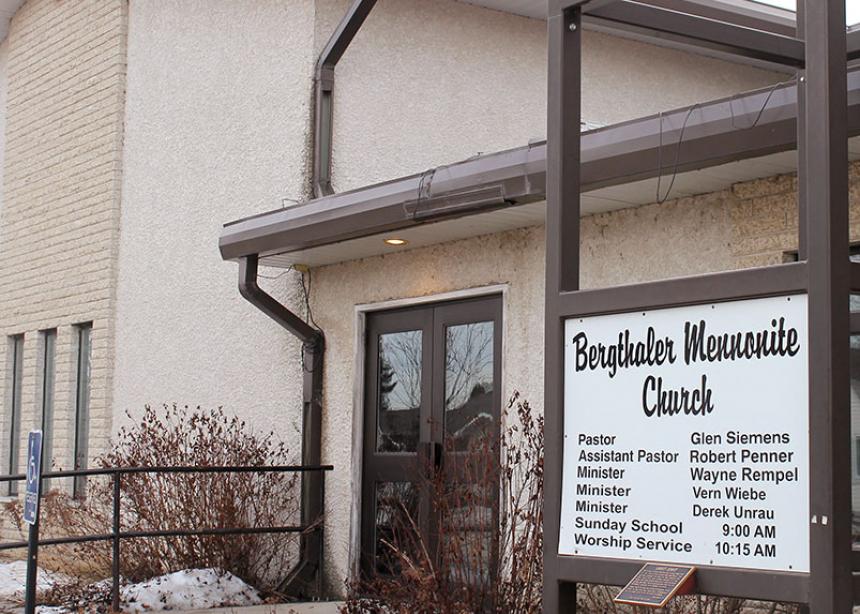 “Any loss for me is a grief,” said Willard Metzger, executive director of Mennonite Church Canada, in response to the withdrawal of Plum Coulee Bergthaler Mennonite Church from the national church.

The congregation decided at a meeting in November 2014 to withdraw its membership from both MC Manitoba and MC Canada, but chose to wait until the new year before sending a letter informing the area and national churches of its intent.

Plum Coulee Bergthaler began in 1897 after Mennonites first moved to the Plum Coulee area between Altona and Winkler in southern Manitoba. The congregation grew out of a division from the Sommerfelder Mennonites and moved from facility to facility before purchasing the local Baptist meetinghouse in 1925. In later years, as the church became a vibrant and growing congregation, it built a new structure. Today, the church has 211 members, with 200 people regularly attending. Glen Siemens has been serving as senior pastor since 1993.

Siemens told Canadian Mennonite that the church “had made a commitment . . . we would not talk about this in the press. We sent them [MC Manitoba and MC Canada] a letter and they can give you the information.”

Ken Warkentin, executive director of MC Manitoba, said, “Their primary reason to disassociate or withdraw from MC Manitoba was driven by our association with MC Canada. Their larger concern is with the national church, particularly with the issue of marriage.”

The congregation has experienced declining passion for the ministries of MC Manitoba over the last number of years, particularly the camping ministry, according to Warkentin. “Their camping ministry is rooted in Pembina Valley Bible Camp and Winkler Bible Camp, where they have close ties and staff members,” he said. “Many of their children attend these camps.”

Metzger said the letter MC Canada received from Plum Coulee refers to a disregard by MC Canada for the authority of God’s Word. “The letter mainly refers to the marriage that took place in Osler [Sask.],” he said, “but that wedding, I think, served as a confirmation that they are not represented in the values that are being seen in the MC Canada family. I think they are seeing themselves as moving to an independent congregation. They indicated a strong connection with the local ministerial and feel quite positive about working with other congregations in Winkler. I think they have felt themselves distancing over a number of years and don’t feel represented anymore.”

The Plum Coulee Bergthaler website states: “We are a congregation with Anabaptist Mennonite roots. Our plus one hundred years of church history is a witness of Jesus’ power to break down dividing walls as we have worked through changes like language and music styles. We are a work in progress aiming to keep Jesus Christ at the centre and join him in his work.”

“I would like to see us continue to have conversations and dialogue, and acknowledge our disagreements as congregations, and yet still remain the same family of faith,” Metzger said. “I am disappointed in this case, that we are not able to have that conversation. I certainly acknowledge that the Plum Coulee congregation wants to be true to their sense of faithfulness, to their desire to serve God and their community, but it is disappointing that we are not able to do that as a larger corporate family of faith. They are a vibrant congregation with good youth and young adult participation. This feels like a loss and it is a disappointment.” 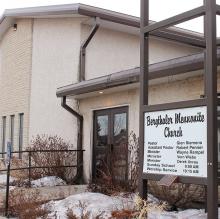