Living in the moment (during COVID-19) 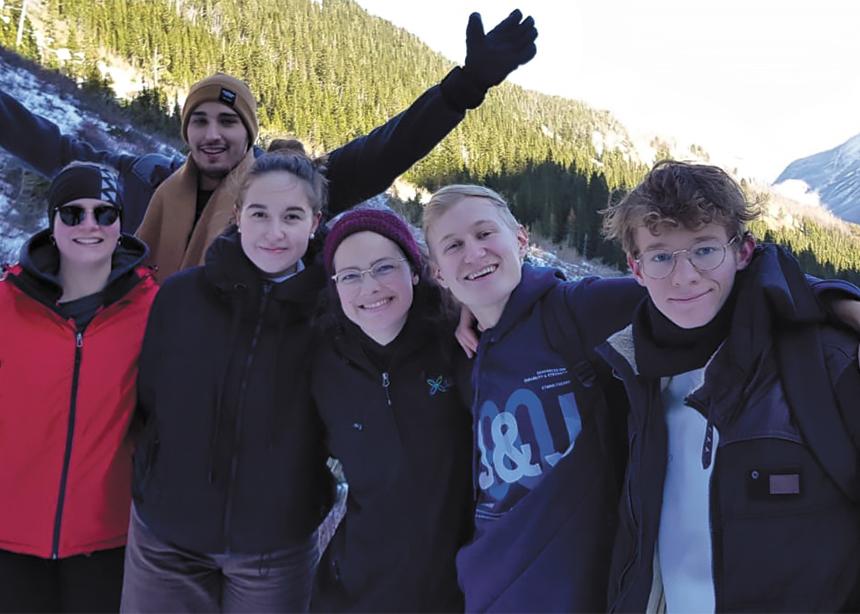 Even in the midst of a pandemic, six young adults from Germany and France chose to continue with their plans to serve with Mennonite Voluntary Service Adventure in Lethbridge. They arrived last fall, and one more youth was to join them at the end of January after quarantining for two weeks.

Maj-Britt Becker of Karlsruhe, Germany, says the upside of being forced to immediately quarantine was that it gave unit members a chance to really know each other. They also were able to set up a schedule and rotation, so everyone was responsible for daily and weekly tasks such as vacuuming, dusting and taking out the garbage.

Everyone takes a turn cooking, with one of their favourite meals being pancakes, which requires 1.5 kilograms of flour so they can make a minimum of 35 pancakes. Toppings include vegetables and cheese sauce for the main-course pancakes and Nutella for the dessert pancakes.

One thing unit members miss from back home is homemade bread. Thankfully, Noah Sommer of Pontarlier, France, volunteers at the Mennonite Central Committee (MCC) thrift store, where he has found many treasures, including a bread maker, which is used daily to provide for the team. Additional finds have been disco lights for kitchen parties, a sophisticated bottle opener, a carpet and a bullet-proof vest, which so far has not been needed.

Hanna Schacher of Esslingen, Germany, jokes that the unit is “like a family—but with less arguments.” “The honeymoon will hopefully continue,” she says.

Many expressed how they look forward to going home at the end of each day to share stories and a meal around the table.

Sven Kobel of Weidenthal, Germany, shares his experiences with Streets Alive, an organization that works with homeless people in downtown Lethbridge. “Sometimes it’s scary,” he says, “when a lot are drunk or take drugs in the bathroom, but they are friendly, easy to talk to, and very open and thankful.”

Four team members work with people with disabilities through organizations such as L’Arche, Peak Vocational and Support Services, and the Ability Resource Centre.

“These people bring me joy every day,” shares Schacher, who loves the experience of seeing those with and without disabilities living together as a community. This integrated approach was something she had not seen in Germany. Lessons learned are patience and the need for humour, like when working with someone who repeatedly likes to poke people saying “Infected!”

The volunteers have discovered over time that their different assignments are interconnected. The MCC thrift store gives its excess to Streets Alive and Streets Alive passes on things to Peak, and so on.

The volunteers come from different denominations and have really enjoyed spirited and meaningful theological debates. They have come to realize they share the same vision of the world, and all love God, so they can look past differences.

The group prays together and reads the Bible together. Members agree that their faith affects their service in that they all try to approach each person with love and not suspicion.

The only sadness has been the limited chances to get to know the Lethbridge Mennonite congregants because of pandemic restrictions. Even so, each volunteer has been assigned a host family to connect with them and check in regularly.

They have also been taken hiking, snowshoeing, ice skating and sharing hotdogs outside. They say they were spoiled at Christmas with so much food, gift cards and presents.

Two families in the church made them a whole New Year’s supper and lent them a raclette pan to roast things with melted cheese. They are very grateful for the church’s support.

Canada has been a new experience and truly a “service adventure,” says Sommer. As far as the inconvenience of COVID-19, he says, “We are just living in the moment—not a problem!” 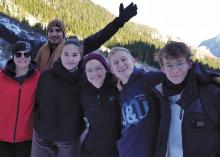