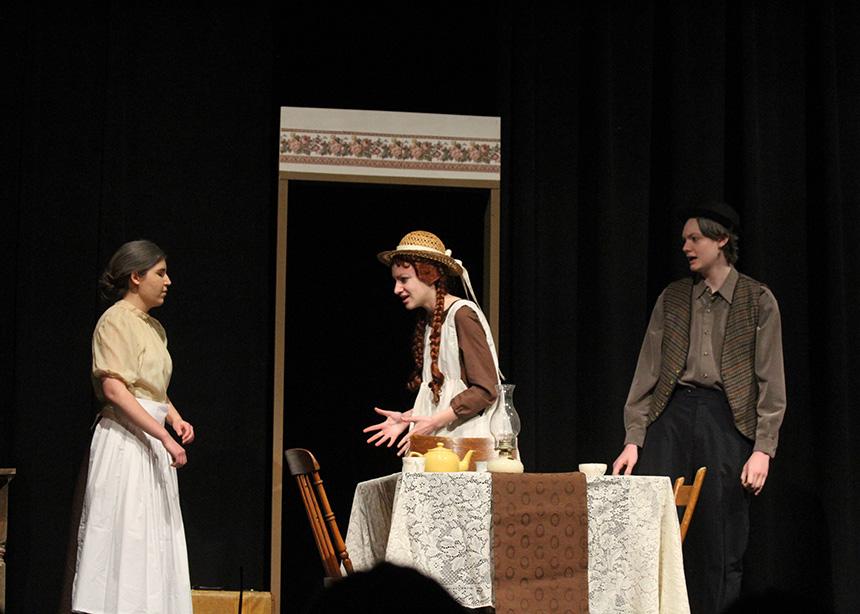 After a two-year hiatus, students at Rockway Mennonite Collegiate, in Kitchener, were thrilled to perform Anne of Green Gables. The two-hour play was mounted by a cast and crew spanning grades 7 to12, with people from every grade enthusiastically contributing. Six performances ran from March 30 to April 2.

Anne of Green Gables, adapted from L.M. Montgomery’s novel by Joseph Robinette, is the story of a red-headed orphan girl named Anne Shirley who is adopted by siblings Matthew and Marilla Cuthbert. They live at Green Gables, in a little village called Avonlea, in Prince Edward Island. The play narrates the joys and sorrows of the heroine’s first few years at home.

Putting on a play requires a lot of effort and dedication. The cast and crew created lasting friendships as a result of working to depict Anne’s story. A highlight for many was finding community with each other in the midst of the production.

“It’s been so wonderful to bond with the cast and connect with such an amazing group of people while rehearsing and performing Anne of Green Gables,” says Rebecca Janzen-Martin.

Performance arts can bring so much joy, and this was much needed after two challenging years of the COVID-19 pandemic. The immersive experience of producing a play can build community among everyone involved and provide an emotional outlet that is tremendously beneficial.

These things have all been sorely missed in the past few years, as Elaine Ranney, Rockway’s new principal, noted in her speech preceding each performance. She also mentioned the excitement of having a live audience. Those who might otherwise have been unable to attend benefitted from the flexibility of having a livestreamed performance.

Anne of Green Gables is Rockway’s first production since May 2019. To follow public health guidelines and keep the cast and crew healthy, the play was rehearsed in a modified format. Rehearsals began online in January during lockdown, when school was online. The first week of rehearsals happened over Zoom, moving to in-person practices once school resumed in the building. Protocol dictated that masks be worn and physical distancing occur during rehearsals until shortly before the start of the show, when actors needed to practise conveying expression and emotion with their faces and body language.

The excitement of returning to a live production was evident in the sold-out performances and the enthusiasm of the audience after each performance.

This article appears in the April 18, 2022 print issue, with the headline “Live theatre returns to Rockway with Anne of Green Gables.” 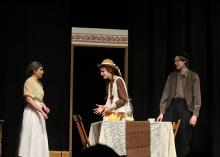 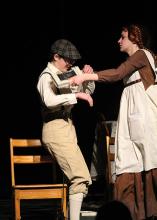 In a fit of temper, Anne, right, played by Kira Andres, breaks a slate over the head of Gilbert, played by Leo Schellenberger.