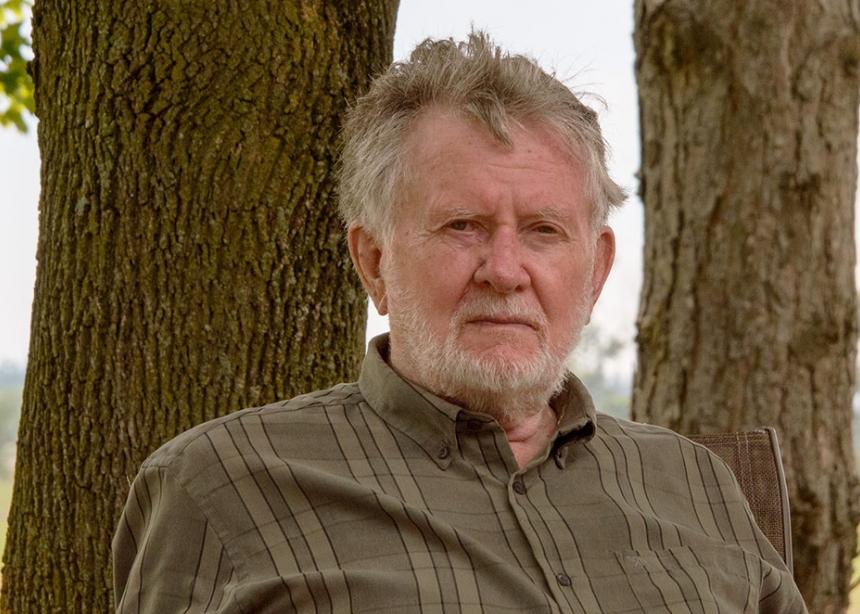 A large group of family members and friends gathered in Markham, Ont., on March 18 to remember the life of Harold Reesor, who died at the age of 86, six days previous. Although his early and later years were lived in the Markham/Stouffville area, where his Reesor ancestors settled 200 years ago, he lived in Quebec for more than four decades, working as a mission worker and farmer.

Harold met Pauline Short from Ohio at Ontario Mennonite Bible College and, after their marriage in 1955, they established a home, first in Joliette, Que., and later settled on a farm in Mascouche, Que. They were called by the Mennonite Board of Missions to leave tightknit Mennonite communities and to learn a new language and culture, with the purpose of establishing a Mennonite presence in a province that was at first predominantly Catholic and later markedly secular. They were joined in their work by Janet and Tilman Martin, also from Ontario. Their homes were places of hospitality, where people met for food, fellowship, prayer and worship.

The work was not easy, but the two couples—and other Mennonites who came later to Quebec—worked in partnership with local evangelical groups and built bridges with Catholics at a time when there was significant tension between Catholics and Protestants in the province.

Eventually, Mennonite congregations in Joliette, Rawdon and the Mennonite Fellowship of Montreal, along with the House of Friendship service ministry, were established. Over the years, House of Friendship has served a multicultural community, with services such as a daycare for low-income families, language classes, refugee resettlement, and, more recently, a student residence for those looking for a Christian community.

Harold and Pauline had 25 busy years together raising seven children, farming and doing mission work before tragedy struck with her premature death in 1980.

Two years later, Harold married Alice Deckert, a teacher from Saskatchewan. They were active in supporting the work of the Quebec church and the House of Friendship, as well as their farm and family life, for 15 years, then they retired in Ontario in 1997. They lived in Stouffville and were members of Community Mennonite Church. In 1999, Harold experienced another loss with the death of Alice.

The last 15 years of his life were full. He married Stella Reesor, the widow of his brother Elmer, in 2001, and between them, they had 13 children and many grandchildren. Both were comfortable with young people coming and going on a regular basis, and sometimes staying for a while.

Harold and Stella, who survives him, enjoyed trips, gardening and hosting visitors together before life slowed down somewhat with his declining health.

At the funeral, his children said, “Harold delighted in his many grandchildren, telling them tales of childhood mischief and stories that usually ended with a deep, infectious belly laugh and shoulder shake.”

In his funeral remarks, Pastor Cameron Kaufman-Frey said, “Harold lived for this day,” in the way that he thought about what is truly important in life and tried to walk humbly with God. “Harold believed in a God of love and grace, and he found in his faith what he needed to face challenges and loss.”