Life on the geographic fringes of MC Canada 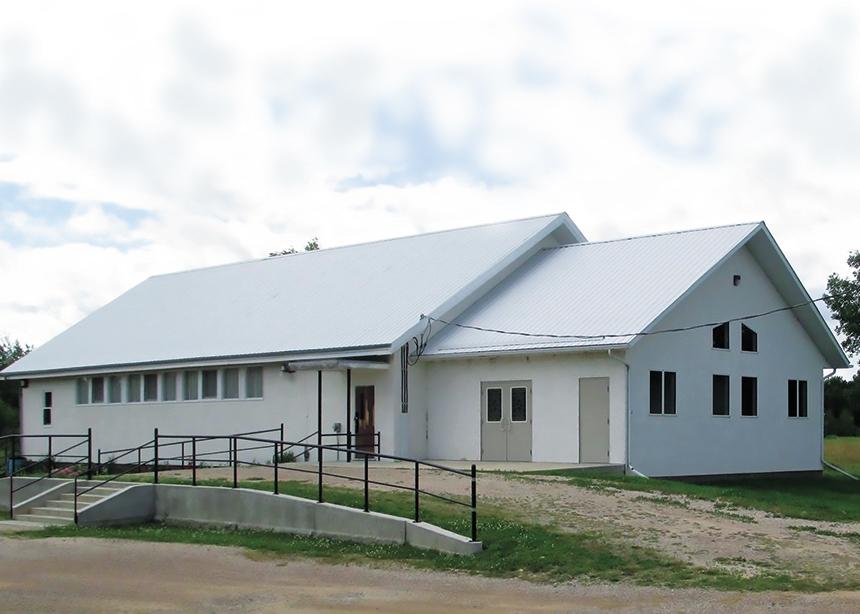 Mennonite Church Canada is characterized by various geographic concentrations of churches, some thicker than others. But a few congregations exist far from any other MC Canada sisters and brothers. What is church like in the farther flung reaches of our denomination? What do congregations do to stay connected? What are the advantages of remoteness?

“Because of location,” he says, many people in the church “don’t feel closely connected to other churches in MC [Manitoba] or conference in general. . .It does feel a little bit like we are out in the wilderness.”

But that shifted somewhat in the past couple of years. In October 2018, Nordheim started going through the list of MC Manitoba churches alphabetically. Wiens would reach out to a congregation, saying his congregation wanted to learn about it and pray for its ministry. He asked for photos, if possible, and prayer requests. He would present the information to his congregants on Sunday morning, and Nordheim would pray for that church. Sometimes Wiens would ask if anyone in his congregation had connections to that particular church. He would also put a pin on a map for each congregation his church learned about and prayed for.

All but two of the other 38 congregations in MC Manitoba responded.

Wiens says there was “building interest over time” within Nordheim. People wanted to know which church they would learn about each Sunday.

The benefits? Wiens says Nordheim gained a better sense of who it is within the larger body. It realized who it is a part of. This was particularly important in recent years, as the congregation had struggled with a sense of belonging. A feeling of being “distant from all things conference” had been there for some time.

When in Winnipeg, Wiens has dropped off notes of encouragement to some of the churches his congregation learned about. He says the initiative helped in terms of him making connections when he does attend regional church gatherings.

Wiens says the Apostle Paul, in his letters, keeps encouraging us to pray for one another. Nordheim is considering extending the initiative to MC Saskatchewan and perhaps beyond.

If the congregation extended its project to the eastern most reaches of MC Canada, it would learn about Petitcodiac Mennonite Church in New Brunswick. This is another congregation that knows about the challenges and advantages of remoteness.

Minister Gordon Driedger needs to drive 16 hours to get to the Mennonite Church Eastern Canada mecca of Kitchener-Waterloo, Ont. For him, the primary value of the regional church connection is that it provides a “theological home.”

“We don’t want to be on our own . . . making things up as we go along,” Driedger says, emphasizing the value of a theological base.

Practically speaking, though, the congregation’s connection to the broader Mennonite world comes less through the regional church than through direct involvement with Mennonite Central Committee, Mennonite Disaster Service and Ten Thousand Villages (TTV). The church has owned a local TTV store and does festival sales throughout the Maritimes.

The tight-knit congregation is also involved in the local food bank, a home for people with disabilities and prison ministry.

Having spent 12 years in the Mennonite-dominated Altona area in southern Manitoba prior to his nearly 10-year stint in New Brunswick, Driedger says being further from a Mennonite centre provides “a little more room to breathe.” Having peer support nearby was a plus for Driedger when he was in Manitoba, but the danger, he says, is that church tends to become more inward looking in that setting. In a remote setting there is less of a sense of people “looking over our shoulder,” he says.

Whatever the pros and cons, remoteness is simply the reality for Petitcodiac. “We’re off on our own, and that’s the way it is,” Driedger says, with no hint of bitterness. “We accept the fact that we’re a 16-hour drive away, so we’re not going to get a lot of connection. . . . We are doing without and are okay with it.”

Canadian Mennonite is an award-winning Anabaptist publication featuring news about, and viewpoints of, Mennonite people and churches in Canada. For more of our content, subscribe to the magazine today. 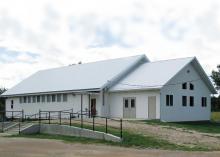 Will Braun does a straightforward job of capturing some of the creative energy is some of MC Canada's farther flung congregations. What the pastors of these congregations share, in particular about the value of a conference structure, I found to be a valuable message. Gordon Driedger's comment, "The primary value of the regional church connection is that it provides a “theological home.", I think states an important fact about one of the primary responsibilities of the MC Canada conference structure. The sense of shared values and a shared theology will, I think, keep the best of what it means to be an Anabaptist faith community alive, strong and impacting our neighbourhoods and the world beyond. Thank you Will, Nordheim and Petitcodiac for sharing your experience. Sometimes the best lessons are learned from those on the fringes of the mainstream.