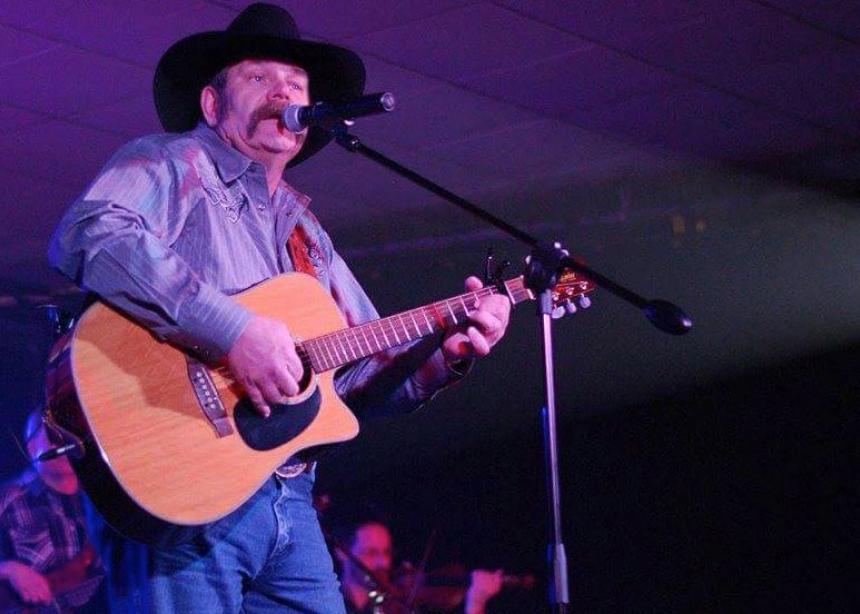 Like many Mennonites, Larry Krause grew up singing in Sunday school and church choirs. Music has always been an important part of his life, but in the past decade it has taken on greater dimensions.

As a singer/songwriter in the roots, western and country gospel traditions, Krause has recorded four albums. His most recent effort, entitled Let Your Spirit Grow, features gospel music. An earlier gospel album, The Gate is Open, won the Saskatchewan Country Music Association Gospel Album of Year Award in 2007.

Krause describes the 12 songs on his latest work as “a reflection of my faith.” The album is dedicated to Eigenheim Mennonite Church, the congregation Krause grew up in. He now lives near Christopher Lake, about 40 kilometres north of Prince Albert, Sask., but is still a member of the church near Rosthern.

“I spent close to 40 years there,” he says. Even while living away from home, “everything always kept drawing me back to Eigenheim,” he adds. “I think that of any environment that I’ve ever been in, nothing has shaped me more.” In the album’s liner notes, Krause writes, “It was in that community . . . that my love of music, concern for my fellow man and my faith in God began.”

“The majority of songs on the album are older than I am,” says Krause, “but good gospel music is timeless.” Selections such as “Don’t Wait for Judgment Day” by Wilf Carter, and “Build Me a Cabin in Gloryland” by A. Parris and Curtis Stewart emphasize the importance of being ready for, and looking forward to, life after death. Other songs, like the album’s title track, which is one of Krause’s own compositions, speak of the need for faith to meet the challenges of this life.

A former cattle rancher, Krause now works full-time as a correctional officer at the Saskatchewan Penitentiary. For many years he worked in both medium- and maximum-security facilities, but after being involved in what he describes as “more than my fair share” of violent incidents, he was forced to take a leave of absence to seek treatment for post-traumatic stress disorder.

Krause says the song “ASAP”—an acronym for “always say a prayer”—came out of this difficult time. It was prayer that got him through the experience and helped him move forward. He’s back at work now, although at the minimum-security Riverbend Institution.

Charity and fundraising concerts are a big part of Krause’s musical career, but he is offhanded about why he does them. “You’ve got a gift, and you don’t have to look far to find people who need a hand with something,” he says. One charitable organization he supports is the Shock Trauma Air Rescue (STAR) Service Foundation, which provide air ambulance service to remote regions of western Canada. “If you’re not helping in your community, you’re a liability,” he adds.

In addition to performing concerts, Krause hosts The Timberline Music Show on the Prince Albert Shaw TV network. The show features songs by, and interviews with, local country and roots artists, and is in its fifth season. Like The Tommy Hunter Show, which aired nationally on CBC Television for many years, Krause closes each episode with a gospel song.

“I’m pretty comfortable flipping back and forth between roots western and country gospel,” says Krause. His music “basically reflects the times, people and places that went before us and created the West that we know today,” he adds, noting, “Faith is kind of a winding theme that always runs through it.”

Let Your Spirit Grow is available at larrykrause.ca. 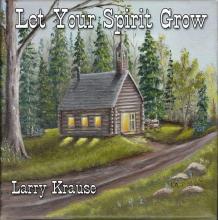 Thanks so much for this article, Donna. There is a strain of western/gospel music that's always been a part of many rural Mennonite communities and persists despite what some would characterize as "elitist Mennonite snobbery's" denigration of same. Nothing would bring tears to my dad's eyes so much as a heartfelt rendition of songs like, "Are you washed in the blood," or "Let the Lower Lights be Burning" by Wilf Carter. I confess I've spent most of my time in the "snobs" group, but great people like Larry remind us all that the Kingdom of God has many, many mansions, some made of marble, some of timbers.