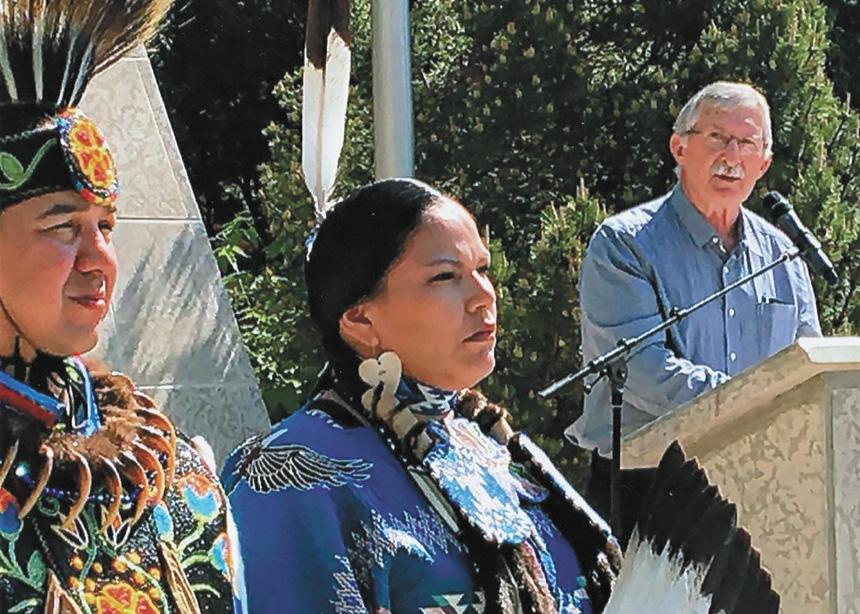 A Saskatchewan man was recently recognized for his decades-long work in peacemaking and community building, especially between Mennonite settlers and Indigenous Peoples. Leonard Doell was honoured with the 2022 Global Citizen Lifetime Achievement Award from the Saskatchewan Council for International Cooperation.

The council’s mission is to “build momentum towards a just, equitable and sustainable world by enhancing the capacity of our members, educating and inspiring the public to take action, and creating connections among those we serve.” The lifetime achievement award is given to someone who embodies the the council’s mission and values in their life and work.

Doell says he is humbled by the honour: “You know, I have mixed feelings about winning. There are so many people who came before me, who built lots of goodwill and made my work and relationships possible. And there are so many people still doing the work. I’m very humbled and honoured to be the recipient, but I think of the many other deserving people who haven’t received an award.”

The work that Doell refers to began when he was 22 and was asked to do research on a conflict that was brewing between Mennonite and Lutheran settlers in the Laird, Sask., area and the Young Chippewayan Indigenous Band.

The First Nation community had originally been given the land near Laird by the federal government for a reserve as part of the Treaty 6 agreement in 1876. Just three years later, though, the land was reassigned to Mennonite and Lutheran settlers.

It was the unwinding of what had happened, determining how justice should be served, and how peace could potentially grow, that began Doell’s decades-long labour of love in reconciliation and peacebuilding.

“It was my supervisor at MCC, Amanda Dodge, who suggested that we nominate Leonard, and right away I said, ‘Yes, I want to do the application.’ He truly embodies the work of reconciliation,” Klassen says.

“Leonard has a deep connectedness to the land, the history of the area and the Mennonite story. That placed him so well to build relationships with our Indigenous neighbours for whom land is central. His ability to understand others, to listen well, and his deep rootedness to place is not the same as a mainstream Canadian thinking. Leonard was engaging in reconciliation with humility and humour long before reconciliation was a buzzword,” he says.

Although the award was given to Doell in recognition of the work he has already done, for him, so much of his excitement and hope in reconciliation lies in what may come in the future.

“I see a growing understanding in settler people, Mennonites included, that our lives and futures are bound together with all our neighbours, “Doell says. “The more we can take the opportunities to get to know one another, and develop relationships, the more there will be a realization that our lives are our neighbour’s lives.

“Chief Ben Weenie told me that what would bring Mennonite and Indigenous together is our shared love of the land, and that we’re all spiritual people. We agreed that the Creator bound us together. I became a grandpa in 2007, and it made me more conscious about those who will come after me. What kind of world are we giving to our children, born and unborn? And our Indigenous neighbours understand this so well; their whole worldview is about living with future generations in mind.”

In spite of the challenges and how much reconciliation is yet to be done, Doell expresses deep gratitude for the path his life has taken: “My life has been so enriched and so blessed, the worldview, hospitality and kindness I’ve experienced in relationships with members of Indigenous communities. Even with all the hard stuff, I’m so thankful that this is my vocation. It’s more than a career. I feel like the luckiest man alive.”

This article appears in the March 21, 2022 print issue, with the headline “‘I feel like the luckiest man alive.’” Do you have a story idea about Mennonites in Saskatchewan? Send it to Emily Summach at sk@canadianmennonite.org. 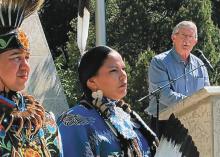 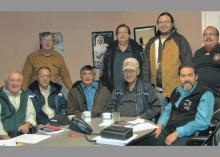 A group of leaders from the Stoney Knoll Band, and the Mennonite and Lutheran communities meet to share stories, information and connection. Doell is pictured in the back row, left.

In 2017, Senator Lilian Dyck invited members of the Stoney Knoll Band, as well the Mennonite and Lutheran communities, to share their story with MPs and senators at Parliament Hill in Ottawa. They are gathered outside the Parliament Building to commemorate that event. Leonard Doell is pictured second from left.