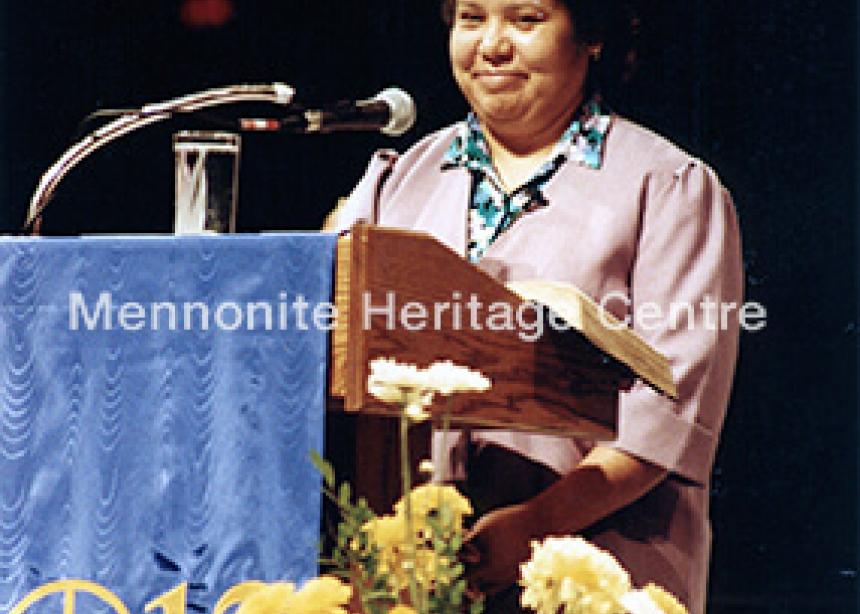 Lenore Mendes of Guatemala addresses Mennonite World Conference 12 in Winnipeg in 1990. She thought she would be speaking to a few hundred people, but was surprised to see thousands. The Winnipeg gathering was the biggest to date with 13,000 registrants.  Her sermon in Winnipeg was an important stepping stone to her election to the Executive Committee of MWC. It was the first time a Central American woman would represent Latin America in the MWC Executive Committee. When visiting MWC partners in India and Europe she was troubled by the economic disparity, asking “Why is it that all human beings cannot live under the same conditions of dignity?” Lenore died on January 18, 2014. 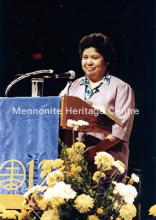