Learning from the wisdom of children 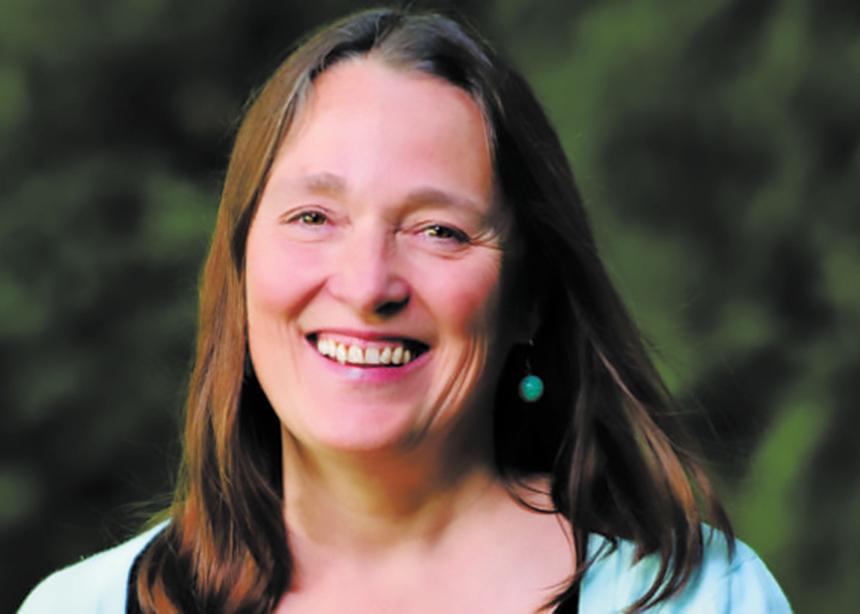 “I’ve had many teachers, most of them children,” says Patricia Erb. “The best ones.”

It could be seen as a surprising assertion from Erb, who, at 63, has been involved in human-rights work since her early teens. She has three decades under her belt at Save the Children Canada—the Canadian arm of the development organization focused on reaching vulnerable children, active in 120 countries—including the most recent eight of those years as chief executive officer.

As of 2018, she has transitioned into a consulting practice with development organizations and hopes to mentor young people who are just starting out in the field. And, in early June, the member of Toronto Mennonite New Life Church travelled to Nanaimo, B.C., to collect her honorary doctorate of law degree from Vancouver Island University for her commitment to social justice, particularly “defending the rights of women, children and other vulnerable groups such as Indigenous peoples.”

Yet speak to Erb for any length of time and it becomes clear that this wisdom is central to all of her work, and is deeply held.

Part of Save the Children’s work included child participation through promoting meetings of child leaders, she recounts. “The children had to choose who the leaders were going to be that travelled . . . to represent their country, and they always picked the shy children,” she says.

“So one day I sat with one boy who was one of the outspoken ones, and I said, ‘What do you do to pick the one that’s going to be the leader?’

“This was a peasant boy in Bolivia, maybe about 12, big brown eyes. He said, ‘You know, our parents pick leaders based on who speaks best, because they want that leader to represent them. But many times, that is wrong, because the leaders kind of go off on their own and forget about the rest of the community. So we decided we would pick the ones with the best heart. Because they’re always watching for everybody.’”

Recalling the memory, Erb breaks into a smile of amazement. “I had goosebumps when he said that.”

When asked if she had always wanted to work with children, Erb draws on her first experiences with poverty. On a furlough with her parents, who were missionaries in Argentina, travelling through Bolivia was the first time she saw poverty firsthand, and she saw it in the lives of children.

“I saw children dying from measles, they had no water,” she says. This type of poverty, which she had previously been sheltered from, “ignited” her, she says.

Returning to Argentina, then-14-year-old Erb threw herself into volunteer work, helping tuberculosis patients and later volunteering in daycares. This soon blossomed into activism. It was her involvement with these activities that put Erb among the ranks of the “disappeared.”

Five years later, on Sept. 13, 1976, she was captured and taken from her home. She was taken to Campo de Mayo, a detention camp where, during Argentina’s military junta, tens of thousands were held, tortured for information, and, in most cases, killed.

“There was about 30,000 that disappeared, and many more that were killed,” she says. “And of those 30,000, half—a little over half—were below 25 years old. So that gives an idea of how young that movement was.”

Erb was imprisoned and tortured at the camp for four weeks. However, because of her American citizenship, she, unlike many, was spared.

“That was a period filled with terror, because they were killing people. Nobody really wanted to speak up. It was a time of a lot of fear,” she says. But years later, Argentina became the first country in the world to undertake a truth and reconciliation commission.

The process began with an inquiry, producing a final report called Nunca Más (“Never again”). But, Erb says, the public’s response was that, although the truth may have begun to come out, reconciliation was still far off.

“They dropped the word ‘reconciliation.’ . . . They started a really long, long process of building truth and memory, and trials are still going on.”

There have been more than 240 trials, Erb says. She is a part of those trials, having recently appeared via a video call in court.

Erb believes Canada can learn a lot from Argentina’s truth and reconciliation process, and she hopes she can do some work connecting these two things as she moves into her next phase of work as a consultant.

“What I learned with the Argentine process was that it’s very long, and it’s important to involve all of society,” she says. Reconciliation is a messy process, she says, and communities that were wronged may feel a lot of anger.

“Anger is natural, and it’s the honest response,” she says. “When something wasn’t right, even Jesus got angry and turned the tables, right? The point is what we’re doing, and we need to find a way to give that process of reconciliation a lot of energy.

“I think part of it is sharing the positive stories that some places have figured out, and making them more heard. . . . In some schools, some kids have come up with some creative ways of what they’re doing in the reconciliation process. So I want to spend a bit of my time on that piece, with organizations, with churches, with schools, with whoever is trying to engage,” she says.

This passion has always driven Erb’s work. While working with Save the Children, Erb visited the organization’s projects around the globe, working with Indigenous groups in South America, refugees in Syria and people experiencing famine in Somalia, and fundraising with the public and government. She has seen the horrors of war and famine as well as the pure joy and hope of children.

Despite facing some of the worst of what humanity is capable of, Erb’s work is suffused with hope. “I’ve been through horrible things, and I’ve seen horrible things,” she says. “But what I’ve seen of the good is many, many times larger and more common than the bad. . . . People are, generally, beautiful. When tried, they’re caring. It fills me with energy.”

Erb’s faith has been “a backbone” for her, although at times she says she has struggled with it. “I’m a person filled with questions,” she admits. “I have a hard time, now, when the church is splitting on issues of non-acceptance. . . . I struggle with the concept of me having the truth and you not having it. I can’t believe it’s that way.”

Yet, this is part of being human, Erb says. “Just as we’re beautiful, we also have our flaws.” 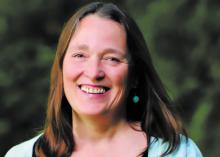