Learning to rejoin the world

Speaker is grateful for the support of Westview Centre4Women 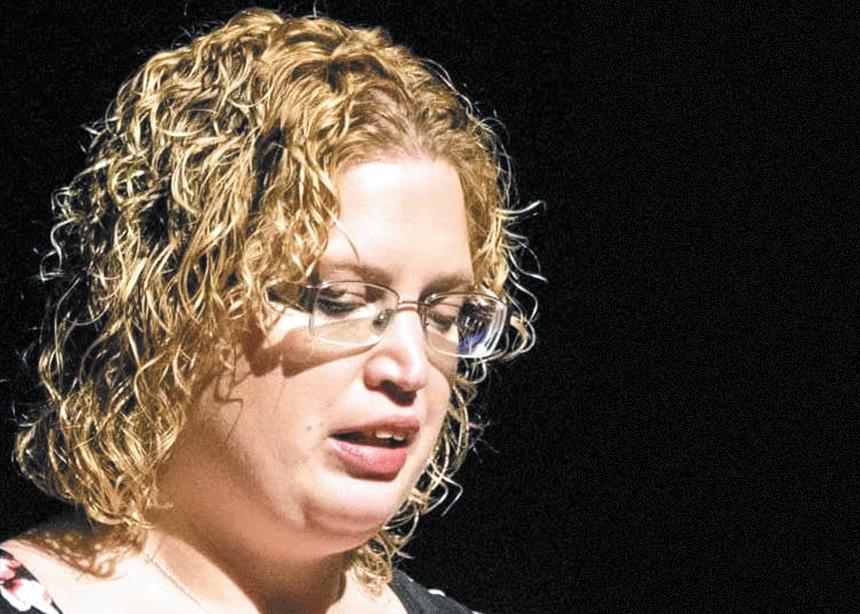 On the weekend of May 11, Jennifer Symonds, a participant at the Westview Centre4Women, shared her story as part of a conference hosted by the Niagara churches of Mennonite Church Eastern Canada. Held at Westview Christian Fellowship in St. Catharines, Ont., and at Vineland United Mennonite Church, “The End of Us and Them” explored stories of poverty in the community and wrestled with issues associated with poverty. The centre provides a variety of services to help women build skills and participate in a caring community.

My story starts when I was too young to remember. My parents divorced and I grew up in a bad situation. My dad spent years fighting for visitation rights for us kids, and my mother fought him every step of the way.

This constant war that my siblings and I grew up in left scars. In my preteens, I became anorexic. I was in and out of hospital for years; by the time I reached high school I’d outgrown it.

When I was 15, I asked my stepmother if I could move in with her and dad. Because I wasn’t 16 yet, my mother showed up at the school and pulled me out, scaring the life out of me in the process. At 16, I was waiting at the courthouse to get my custody changed when my mother marched over to me and told me that I was disowned. You have no idea how traumatizing that can be.

The next few years with my dad were relatively calm. I went to school and babysat in my free time. I even got my first job. I didn’t really have any friends but I did have a couple of girls who were friendly to me. When I wanted to go to the mall or movies, I’d take my youngest brother, the product of my father’s second marriage. There is a 13-year age gap between us, so I realize how pathetic it was that, when I wanted to do something, it was my kid brother I was doing it with.

In my early 20s, I was renting the attic of a stranger’s house until I got kicked out and the locks were changed. I was homeless. Someone ended up calling my mom. She showed up at my job and helped me get my stuff. Unhappily, I ended up moving in with her.

This was a turning point for me. The independence that my dad and stepmother had tried to instill in me suddenly vanished. I now needed somebody to drive me to work. I was no longer cooking my own meals or doing my own shopping, and very quickly I regressed. It didn’t help that I have huge anxiety about taking busses and getting lost, so I was now a prisoner of my mother’s home.

Later on, my mom and stepfather separated, but because I had nowhere to go I stayed in the house with my stepfather. In fact, I still live with him, though now I co-own the house. Throughout all of this, I was beginning to show signs of depression.

One day when no one was around, I tried to slit my wrists and kill myself. It didn’t work. But I found out that by cutting myself I could drown out everything else I was feeling. That was the start of cutting. It was around eight months before anyone found out. I ended up cutting in the hallway at work and someone caught me. The police were called and I was taken to the hospital. This cost me my job and I ended up on disability.

One of the outpatient programs I was in suggested that Westview Centre4Women would be a good fit. It took several tries before I lasted longer than 10 minutes at the centre. Eventually I found someone to go with me, and that made all the difference. I could ignore the rest of the room and just focus on J.J., who was quickly becoming a friend.

Slowly I started participating in the various activities that Westview provided. But there were days and weeks that I couldn’t get myself out the door. There were a lot of days when the only thing I would do was turn on my computer and read fan fiction or do some video editing. I was just going through the motions, when I could be bothered enough to try. And on the days I couldn’t be bothered, I’d try to kill myself.

Two summers ago, I hit another bad case of depression. For about two months I completely shut down. I stopped eating, drinking or doing anything, really. Then one day I woke up. I slowly started to rebuild myself. But because I had lost all of my muscle mass and about 30 pounds, I had a hard time climbing up the six stairs from my room in the basement.

But I did have one thing. My father had given me a second-hand electric wheelchair earlier that year. Originally I had scoffed at the thought of driving a wheelchair and, other than that first test-drive, I just parked it and ignored it. But now I needed it. If I wanted to get out of my house, then I needed the wheelchair.

So I started taking the wheelchair to group or the local Tim’s for a tea, and to do some writing. I started showing up at group more often and talking to people. I now have more friends than I have had my whole life.

But this was just the start. I asked someone to hang out with me, and she took me up on the offer. She suggested that we take an aqua-fit class at the gym. That day was a very positive turning point. I had always loved swimming, but now I needed the pool to rebuild all that lost muscle. And as a bonus, my sleep patterns and mood were improving. I started with a three-month membership. It’s now over a year, and I’m still going. In fact, I look forward to going.

While all this was going on, I was invited to church to show a video I had made. That ended up opening another door for me. I was now attending Westview every day and going to Westview Christian Fellowship on Sundays. I’m actively starting to rejoin the world.

There are other small positive changes. I’m starting to dress better. No longer am I just wearing jeans and T-shirts. I’m actually putting makeup on every once in a while, even if it’s just lipstick, as that’s all I know how to apply.

The Jennifer who first started going to Westview Centre4Women wouldn’t have been able to do this. That Jennifer would run and hide from everyone and everything. But the Jennifer Symonds who stands in front of you tonight is ready to rejoin the world and tell you a small part of my story.

I’m still that Jennifer who has horrible self-esteem, who isn’t the best at making friends or understanding social situations. And yes, I still drive people nuts with my inability to take a compliment without picking at it. But I stand here tonight grateful for the support system that has helped me to grow so much in the last year, that keeps telling me that I’m smarter than I think I am, more competent than I believe. And stronger than I know.

See a video about the work of Westview Centre4Women here: https://www.youtube.com/watch?v=9S71WozXljk 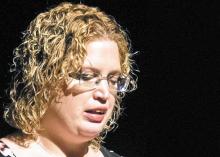